Adolescent Girl on the Way to Sainthood (Press Release)

Press release about Montse Grases' life and canonization cause. 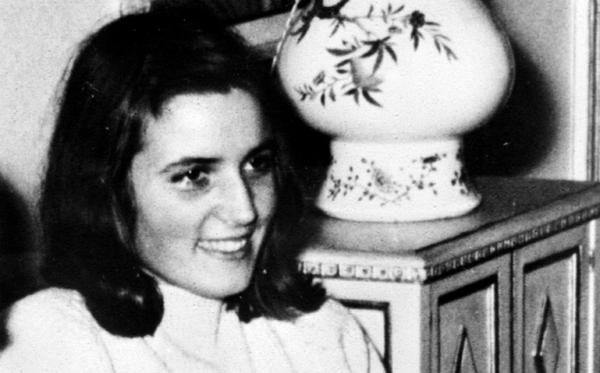 Adolescent girl on the way to sainthood

The cause of beatification of an adolescent girl who bore agonising cancer with extraordinary faith and joy has taken a significant step forward.
Montserrat Grases, known to all as Montse, could soon be inspiring other suffering teenagers after a Vatican declaration today (26th April) which affirmed her heroic virtues.

Should Montse be beatified, she would be the first lay person and first woman of Opus Dei to be raised to the altars. Thus far, the Prelature’s founder, St Josemaria Escriva, has been canonised (in 2002) and his long-time collaborator and first successor at the head of Opus Dei, Bishop Alvaro del Portillo, was beatified in 2015.

Montse, who died in 1959 aged 17, was a lively, cheerful girl who was born into a devout Catholic family in Barcelona, Spain. The second of nine children, she enjoyed sport, music, folk dancing and theatre acting. She had many friends.

Her parents helped her to develop a trusting relationship with God and to live the human and Christian virtues, and in 1954 she began to attend a centre of Opus Dei. The formation she received there helped her to grow humanly and spiritually.

Aged 16, she began to feel that God was calling her to follow him in Opus Dei and after praying and taking advice she asked to be admitted into the Prelature as a celibate lay member. This helped her intensify her effort to seek sanctity in everyday life and in carrying out the little duties of her daily work and study, while trying to make life at home more pleasant for others.

Shortly before her 17th birthday, after returning from a skiing trip, she was diagnosed with Ewing’s sarcoma, a form of grave cancer. The sickness lasted nine months until her eventual death, causing her very intense pain which she bore with serenity and strength. She managed to maintain a contagious joy even cheering up those who came to visit her. She brought many of her friends and classmates closer to God and found deep union with Christ and his Mother through her suffering.

Since her death her fame of sanctity has been growing progressively. The Archbishop of Barcelona opened the cause to investigate her life in 1962 and now after a lengthy study the Congregation for the Causes of Saints has declared the heroicity of her virtues, in a decree confirmed today (27 April) by His Holiness Pope Francis. A miracle is now needed for her to be beatified but many people – most particularly adolescent girls – already seek and have obtained her intercession for small and larger favours. It is hoped that, should she be canonised, she can be a powerful intercessor and model for teenagers.

The Prelate of Opus Dei, Bishop Javier Echevarria, has welcomed the news pointing out how Montse “corresponded to God’s love at an early age and sought to be pious, and to work well with a spirit of service, forgetting about herself. It is my hope,” he said, “that Montse’s example will continue to inspire many young women and men to embrace a life of generous self-giving to the Lord in marriage, apostolic celibacy, the religious life, or the priesthood.”