Saint Josemaria's small book was first published on 29 September 1939. Here are some stories from East Africa about people who have come to love this book, and how it resonates with their spirit. 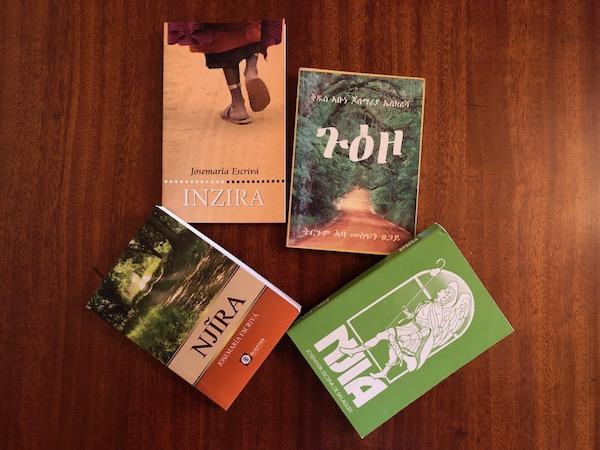 On 29th September 1939, the first copies of Camino appeared. That small book, a collection of 999 spiritual considerations by the then Fr. Josemaria Escriva, has since been translated into more than 43 languages and sold over 4.5 million copies worldwide.

The first English translation, with the title The Way, was published in Ireland in 1953. In East Africa, the Swahili translation – Njia – saw the light of day in 1983, and the Kikuyu version (Njira) in 2016. There have also been translations done in Kinyarwanda and in Amharic.

In whatever language readers have interacted with these short points for meditation, The Way has left lasting impressions on many young and not-so young people across the globe and over the years. In a three-part article, we sample some of these impressions from readers in East Africa.

One young professional from Uganda mentions a casual conversation with a friend when he suggested to the other that he should “get used to saying no.” A few days later, the two friends were in conversation again and this time that same friend was told that a habit of his wasn't part of his “character” but of his “lack of character.” The friend was rather struck by the curtness and wit behind these pieces of advice and queried where they were from. That was how the young professional introduced him to The Way. The friend quickly got himself a copy and always keeps it in his jacket. And now, even in his own professional presentations he will make references or allusions to ideas and phrases from The Way. And in his own spiritual journey, The Way has brought that friend to support the apostolic work in the centre of Opus Dei where he attends some means of formation.

Another gentleman narrates a similar experience. “A priest friend of mine from Congo, who has been working in Tanzania for some time and has a lot of devotion to St. Josemaria, one day asked me to send him 500 copies of The Way in Kiswahili. I thought that he was crazy! But he insisted. So I sent them to him and some weeks later he sent me a message. These are his words: 'Hope you are fine. I am fine too. I am happy to tell you that 200 books of Njia (The Way in Kiswahili) are taken: 150 by priests and religious and 50 books by ordinary people. I am talking a lot about St. Josemaria and his books. The book is new for many people, and they all really love it! I am receiving many phone calls from people who express their gratitude after reading some – only some! – numbers of Njia.' The rest of the copies he managed to sell in a few weeks.”