A Nine-month Scholarship. A Master's Degree. A Baby.

Blessed Alvaro del Portillo brought us three favors in a row – and the third was the best. Thank you, Don Alvaro! 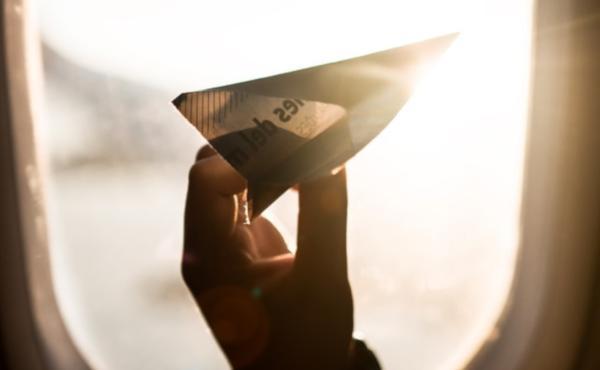 I should have written about this favor (actually, these favors) of Don Alvaro some time ago. I owe it to him. My wife and I were married in Argentina in March 2012. Soon we received the best news possible: we were going to be parents. However our immense joy was tinged with sadness, for within a few weeks we lost the baby.

It was very hard to take. The following year, my wife became pregnant again... and we lost the child again.

In January 2014 we went to Europe for several weeks. When we were in Rome, I received an email from my father letting us know that Don Alvaro was going to be beatified in September. While walking through Rome on that dark winter afternoon, we decided to make a visit to Our Lady of Peace, where Don Alvaro is buried. We were praying there for our intention when they began placing candelabra on the altar. Solemn Benediction was about to begin. Minutes later, we were able to attend the Benediction, presided over by the Father, Don Javier.

After the Benediction, as we were leaving the church we saw the Father praying at the crypt of Don Alvaro. We waited nearby and were able to greet him and asked him to pray for our intention. Besides telling us “you're just kids yourselves” (now not so much) while affectionately patting me on the cheek with the palm of his hand, he said he would pray for us and recommended that we see a doctor about it, which we were already doing.

My wife was eventually diagnosed with a blood problem, which required injections of heparin during pregnancies.

Back in 2002, when several friends told me about their experiences at the canonization of Saint Josemaría, I told myself that I wasn’t going to miss the beatification of Don Alvaro when it eventually took place. But after paying for our recent trip to Europe, it was going to be hard to get back that same year to attend the beatification.

We began going to Don Alvaro’s intercession for this intention as well. A month later, I applied for a Carolina Foundation scholarship to do a Master's degree in Constitutional Law and asked Don Alvaro for help to obtain it. In June, I learned I had been awarded one of the places. The course began in early October 2014 and ended in June. The Foundation organized the tickets for our flight to Spain on September 20.

Seven days later, I was with my wife (and my parents, who also were there) at the beatification. Needless to say, we entrusted him in a special way with our intention for a successful pregnancy. And as usual, Don Alvaro was very effective. Not long afterwards, we received the great news that my wife was once again expecting. Our daughter was born on June 18, in Madrid.

A nine-month scholarship. A master's degree. A baby. Thank you, Don Alvaro!