Commentary on the Gospel: Zacchaeus

Gospel for the 31st Sunday in Ordinary Time (Cycle C), and commentary. 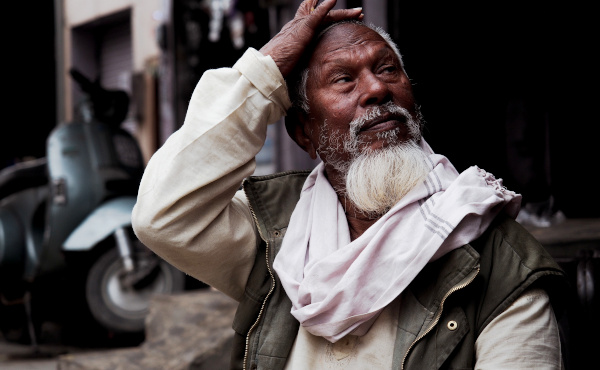 Jesus entered Jericho and was passing through. And there was a man named Zacchaeus; he was a chief tax collector, and rich. And he sought to see who Jesus was, but could not, on account of the crowd, because he was small of stature. So he ran on ahead and climbed up into a sycamore tree to see him, for he was to pass that way. And when Jesus came to the place, he looked up and said to him,

“Zacchaeus, make haste and come down; for I must stay at your house today.”

So he made haste and came down, and received him joyfully. And when they saw it they all murmured, “He has gone in to be the guest of a man who is a sinner.”

And Zacchaeus stood and said to the Lord, “Behold, Lord, the half of my goods I give to the poor; and if I have defrauded any one of anything, I restore it fourfold.”

And Jesus said to him, “Today salvation has come to this house, since he also is a son of Abraham. For the Son of man came to seek and to save the lost.”

Jesus is on his way to Jerusalem. Luke has devoted a lot of space in his Gospel to this journey made by Jesus that will culminate in his saving death and glorious resurrection. This scene, which highlights Jesus’ salvific role, comes almost at the end of this long narrative, when the Master is drawing close to the Holy City

Jesus is on a journey, but he doesn’t bypass that town, and perhaps stops to greet some of the people he encounters there. The Gospel says “he entered Jericho and was passing through” (v.1), as though wishing to enter into the lives of those living there, making it possible for those who wanted to meet him personally to do so.

One of those who wanted to meet him was Zacchaeus, “a chief tax collector,” that is, a person charged with collecting the taxes imposed by the Romans. This man had to overcome a number of obstacles to see Jesus. First, his low stature which kept him from seeing the Master when he was in the midst of the crowd, surrounded by people taller than himself. He could have viewed this as an insurmountable problem and resigned himself to the situation. Just as we too can sometimes experience the temptation to give up on the possibility of drawing close to Jesus when we consider our own lowliness, which may not be physical but rather moral or psychological. But he refused to give up.

Afterwards he had to overcome the shame of finding himself the target of all the comments and criticisms of so many people who hated him since he had collaborated with the Romans. But he didn’t care if he appeared ridiculous, by climbing a tree, since he so greatly desired to see Jesus. When someone truly wants to achieve a goal that person is capable of doing small, crazy things. Zacchaeus felt his heart beating strongly when the only Person who could remove the burden that weighed on him and transform his life was passing by. “So he ran on ahead and climbed up into a sycamore tree” (v.4). And when Jesus spoke to him “he made haste and came down, and received him joyfully” (v.6). He felt neither fear nor shame, and he achieved what he wanted.

“Let us look at Zacchaeus today in the tree, “said Pope Francis. “His is a ridiculous act but it is an act of salvation. And I say to you: if your conscience is weighed down, if you are ashamed of many things that you have done, stop for a moment, do not be afraid. Think about the fact that someone is waiting for you because he has never ceased to remember you; and this someone is your Father, it is God who is waiting for you! Climb up, as Zacchaeus did, climb the tree of desire for forgiveness. I assure you that you will not be disappointed. Jesus is merciful and never grows tired of forgiving!”[1]

While the people looked on with derision and disrespectful remarks, Jesus looked upon him in a very different way. For the ordinary people he was a contemptible person, who had enriched himself at the cost of others. But Jesus looked at him with a merciful look, and was eager to meet him: “Jesus’ look goes beyond sins and prejudices. He sees the person with the eyes of God, who does not focus on past faults, but sees the future good.”[2] When he enters Zacchaeus’ house, Jesus exclaims joyfully, “Today salvation has come to this house, since he also is a son of Abraham. For the Son of man came to seek and to save the lost” (vv. 9-10).

Saint Josemaría, when meditating on this Gospel scene, invited each of us to draw out our own resolutions: “Zacchaeus, Simon of Cyrene, Dismas, the centurion... Now you know why our Lord has sought you out. Thank him! But opere et veritate, with deeds and in truth.”[3]

[3] Saint Josemaría, The Way of the Cross, 5th Station, 4th point for meditation.