Commentary on the Gospel: “You will find rest”

Gospel for the 14th Sunday in Ordinary Time (Cycle A), and commentary. 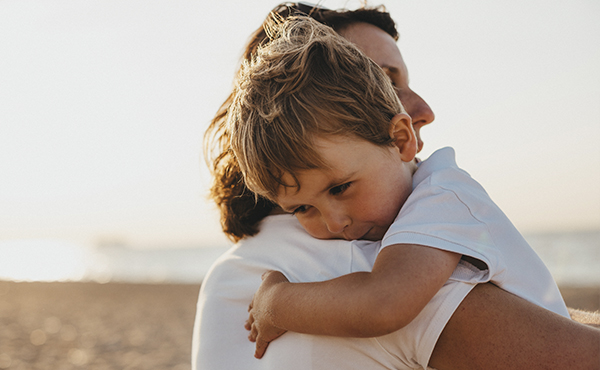 At that time Jesus declared, “I thank thee, Father, Lord of heaven and earth, that thou hast hidden these things from the wise and understanding and revealed them to little children; yes, Father, for such was thy gracious will. All things have been delivered to me by my Father; and no one knows the Son except the Father, and no one knows the Father except the Son and any one to whom the Son chooses to reveal him. Come to me, all who labor and are heavy laden, and I will give you rest. Take my yoke upon you, and learn from me; for I am gentle and lowly in heart, and you will find rest for your souls. For my yoke is easy, and my burden is light.”

Jesus prays out loud, and the Evangelist records his specific words: “I thank thee, Father, Lord of heaven and earth, that thou hast hidden these things from the wise and understanding and revealed them to little children” (vv. 25-27). He calls God his Father and rejoices in his special love for little children, to whom He reveals the deepest truths. As Pope Francis said: “Children are in and of themselves a treasure for humanity and also for the Church, for they constantly evoke the necessary condition for entering the Kingdom of God: that of not considering ourselves self-sufficient, but in need of help, of love, of forgiveness. We all are in need of help, of love and of forgiveness!”[1]

Saint Josemaria experienced this divine predilection for little children on a special day in his own life, on the 16th of October in 1931. Years later he recalled in great detail what had happened that day: “I could even tell you the very moment and the exact spot where that first prayer as a child of God took place. I had learned as a child to address God as Father in the Our Father. But to feel, to see, to be astonished at God wanting us to be his children… It was in the street, on a tram, for an hour or an hour and a half, I don’t know how long it lasted. Abba Pater! I felt the need to shout it aloud.

“There are some marvelous words in the Gospel—all of them are marvelous: ‘No one knows the Father except the Son and any one to whom the Son chooses to reveal him’ (Mt 11:27). That day He wanted to make us feel, you as well as me, in an explicit, clear and definitive way, that we should always see ourselves as children of God, children of our heavenly Father, always ready to grant us whatever we ask in his Son’s name.”[2]

Jesus himself has given us example of the humility and simplicity that He admires in children. When reflecting on this Gospel passage, Saint Josemaria said: “Our Lord Jesus Christ very often sets before our eyes the example of his own humility. ‘Learn from me, for I am meek and humble of heart,’ so that you and I may know that there is no other way, and that only our sincere recognition of our nothingness is powerful enough to draw divine grace towards us. Saint Augustine says: ‘It was for us that Jesus came to suffer hunger and to be our food, to suffer thirst and to be our drink, to be clothed with our mortality and to clothe us with immortality, to be poor so as to make us rich.’”[3]

In the Gospel scene that we are considering, after making clear the divine predilection for those with the simplicity of children, Jesus adds something very consoling: “Come to me, all who labor and are heavy laden, and I will give you rest” (Mt 11:28). However, he places a condition on granting that rest: “Take my yoke upon you” (Mt 11:29). “What is this ‘yoke’ which lightens instead of burdening, which instead of oppressing, lifts up?” Benedict XVI asked. “The ‘yoke’ of Christ is the law of love, it is his commandment which he bequeathed to his disciples (cf. Jn 13:34; 15:12). The true remedy for humanity’s wounds, both material—such as hunger and injustice in all its forms—and psychological and moral, caused by a false well-being, is a rule of life based on fraternal love, whose source is in the love of God. That is why it is necessary to abandon the way of arrogance, of violence used to obtain ever more powerful positions, trying to assure oneself of success at any price.”[4]