Commentary on the Gospel: Unity of Life

Gospel for the 5th Sunday in Ordinary Time (Cycle B), and commentary. 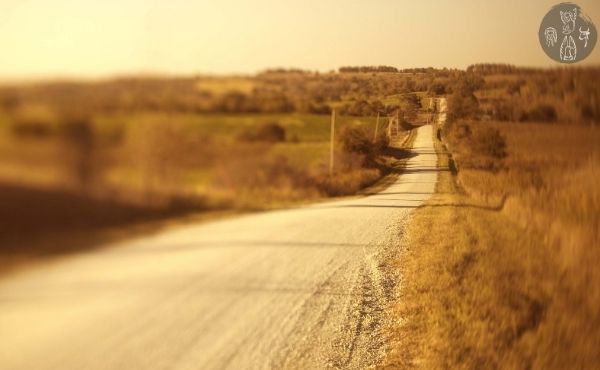 And immediately Jesus left the synagogue and entered the house of Simon and Andrew, with James and John. Now Simon’s mother-in-law lay sick with a fever, and immediately they told him of her. And he came and took her by the hand and lifted her up, and the fever left her; and she served them.

That evening, at sundown, they brought to him all who were sick or possessed with demons. And the whole city was gathered together about the door. And he healed many who were sick with various diseases, and cast out many demons; and he would not permit the demons to speak, because they knew him.

And in the morning, a great while before day, he rose and went out to a lonely place, and there he prayed. And Simon and those who were with him followed him, and they found him and said to him, “Everyone is searching for you.”

And he said to them, “Let us go on to the next towns, that I may preach there also; for that is why I came.”

And he went throughout all Galilee, preaching in their synagogues and casting out demons.

Saint Mark today presents a number of incidents relating to the beginnings of our Lord’s public life – the three years that followed the thirty years of his hidden life, which for Christians who live in the middle of the world have so much meaning. Those thirty years of hidden life could also be called the “ordinary life” of Jesus.

Today’s passage offers a brief summary of how this new phase in his life began, which will end with his Passion, redeeming Death, and glorious Resurrection, the principal reason for the Son of God becoming man. These eleven short verses offer us a summary of a day in our Lord’s life. It takes place on the Sabbath, since the chapter opens with the synagogue service and we see the people of Capernaum waiting until sunset to bring him their sick, out of respect for the sabbath day of rest. At the end of such a busy day, Jesus receives everyone: “he healed many who were sick” and “cast out many demons.” This scene should encourage us to have recourse to him whenever we meet up with difficulties or problems, without thinking that we are “bothering him.” Jesus is always available. And we too want to be available for those around us.

Mark also tells us that “a great while before day, he rose and went out to a lonely place, and there he prayed,” thus stressing the importance that our Lord gives to prayer. Without prayer, the interior life falls apart, as does what Saint Josemaria used to call the “unity of life” of a Christian. He often insisted: “There is just one life, made of flesh and spirit. And it is this life which has to become, in both soul and body, holy and filled with God” (Conversations, no. 114).

Hence this Gospel passage presents us with a clear example of our Lord’s own unity of life and how he makes good use of the time he has available each day. Many of his parables (for example, those of the talents and of the ten virgins) stress the importance of taking good advantage of the time God allots us.

Sacred Scripture often points to the “time limits” God places on the tasks he entrusts to people. He is displeased when out of lukewarmness or selfishness they fail to act promptly, since the salvation of souls is at stake. Let us ask our Mother Mary to obtain for us the same docility and promptness she showed when responding to the annunciation of Saint Gabriel: Fiat mihi, “let it be done to me according to your word.”