Commentary on the Gospel: Tribute to Caesar

Gospel for the 29th Sunday in Ordinary Time (Cycle A), and commentary. 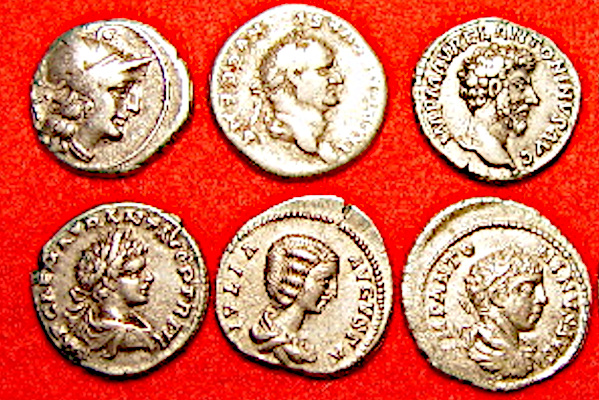 Then the Pharisees went and plotted how to entangle him in his words. And they sent their disciples to him, along with the Herodians, saying, “Teacher, we know that you are true and teach the way of God truthfully, and you do not care about anyone’s opinion, for you are not swayed by appearances. Tell us, then, what you think. Is it lawful to pay taxes to Caesar, or not?”

But Jesus, aware of their malice, said, “Why put me to the test, you hypocrites? Show me the coin for the tax.”

And they brought him a denarius. And Jesus said to them, “Whose likeness and inscription is this?” They said, “Caesar’s.”

When they heard it, they marveled. And they left him and went away.

Jesus masterfully resolves the dialectical trap set by his enemies over tribute to Caesar with his famous reply: “Therefore render to Caesar the things that are Caesar’s, and to God the things that are God’s” (v. 21). With this logion or saying, our Lord not only overcomes the trap set for him, but also lays the foundations for a clear distinction between temporal and spiritual power, as well as for coherent Christian action in the middle of the world.

In Jesus’ time, Judea was passing through a dramatic political and religious situation. On the one hand, the whole region was subject to the Roman Empire. As a province constantly threatening to rebel, Judea required a permanent military presence. Hence a procurator was appointed, responsible for ensuring the subjugation of the people and the collection of taxes through local tax collectors known as “publicans.” On the other hand, the Herodians preferred the mediation of a local ruler who collected taxes and gave part of the money to Rome. In addition, the religious authorities were responsible for the upkeep of the Temple of Jerusalem and public worship.

Amid these conflicting interests, the so-called tribute to Caesar was thus a very controversial topic. What should a pious Jew do in that difficult situation? The denarius was a day laborer’s wage for a day of work (cf. Mt 20:2), and two denarii was the amount left by the Good Samaritan for the care of the injured man in Luke’s famous parable (Lk 10:35). A denarius was not a very substantial sum, but not negligible either; and above all, it was closely tied to the interests of the Romans. The dilemma therefore seemed insoluble. If Jesus encouraged people to pay the tribute, he would appear in the public eye as a friend of the Gentiles and his prestige among the Jewish people would be compromised. But if he insisted on not paying the tribute, he could be accused of stirring up the people against Rome.

With unequaled wisdom, Jesus reminded them of the image of Caesar imprinted on the coin. Saint Hilary paraphrased Jesus’ words as follows: “Cesar’s coin is made of gold, on which his image is engraved; God’s coin is man, in whom we see the image of God. Therefore give your riches to Caesar and keep your innocence for God.”[1]

In a similar vein, Pope Francis remarks: “The reference to Caesar’s image engraved on the coin says that it is right that they feel fully—with rights and duties—citizens of the State; but symbolically it makes them think about the other image that is imprinted on every man and woman: the image of God. He is the Lord of all, and we, who were created ‘in his image,’ belong to Him first and foremost.”[2]

Jesus’ response to the question has frequently been quoted in developing the Church’s social doctrine, which defends both the civil sphere, its rights and duties, and the ecclesial sphere, with its own concerns. It is a question of giving to Caesar, to the legitimate authority, what it has a right to in justice, while also defending the rights of the Church, without using her for one’s own benefit or involving her in purely temporal matters.

Speaking to Christians striving to attain sanctity in the middle of the world, Saint Josemaria said: “As you can see the dilemma is as old as Our Lord’s answer is unequivocal and clear. There is no clash, no opposition, between serving God and serving men; between the exercise of our civic rights and duties and our religious ones; between the commitment to build up and improve the earthly city, and the conviction that we are passing through this world on our way to our heavenly homeland … The exclusive choice of God that a Christian makes when he responds fully to his call, impels him to refer everything to Our Lord and, at the same time, to give his neighbour everything that justice requires.”[3]