Commentary on the Gospel: The Wicked Tenants

Gospel for the 27th Sunday in Ordinary Time (Cycle A), and commentary. 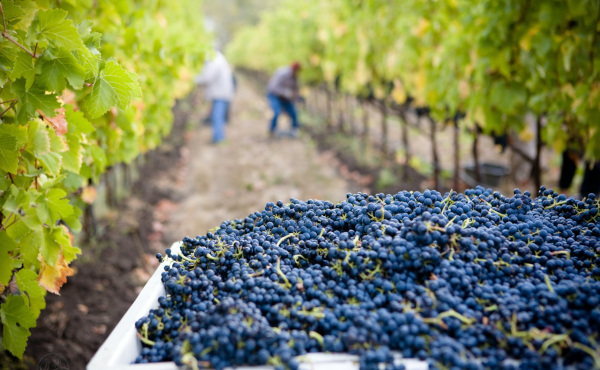 “Hear another parable. There was a householder who planted a vineyard, and set a hedge around it, and dug a wine press in it, and built a tower, and let it out to tenants, and went into another country. When the season of fruit drew near, he sent his servants to the tenants, to get his fruit; and the tenants took his servants and beat one, killed another, and stoned another. Again he sent other servants, more than the first; and they did the same to them. Afterward he sent his son to them, saying, ‘They will respect my son.’ But when the tenants saw the son, they said to themselves, ‘This is the heir; come, let us kill him and have his inheritance.’ And they took him and cast him out of the vineyard, and killed him. When therefore the owner of the vineyard comes, what will he do to those tenants?”

They said to him, “He will put those wretches to a miserable death, and let out the vineyard to other tenants who will give him the fruits in their seasons.”

Jesus said to them, “Have you never read in the scriptures:

‘The very stone which the builders rejected
has become the head of the corner;
this was the Lord’s doing,
and it is marvelous in our eyes’?

Therefore I tell you, the kingdom of God will be taken away from you and given to a nation producing the fruits of it.”

As Jesus’ earthly life is drawing to its close, the discourses in Saint Matthew’s gospel take on a strongly eschatological tone. Their meaning is related to the final destiny of all created realities, both those Jesus’ contemporaries are familiar with as well as the final destiny of the universe. Now that the liturgical calendar is also drawing to its conclusion (only a few weeks remain in the 33 ordinary Sundays of the year), the Master’s words are especially timely.

The owner of the land “planted a vineyard, and set a hedge around it, and dug a wine press in it, and built a tower, and let it out to tenants, and went into another country” (vv. 33-34). He wants the workers to share in his prosperity, and relies on their efforts to make the vineyard yield fruit.

But the workers not only fail to carry out their duties; they refuse to respect the servants the owner sends to collect the fruit of the vineyard, and even kill the owner’s son. Those listening to Jesus are fully justified in called them “those wretches” (v. 41).

With this dramatic parable, Jesus is condemning the way the leaders of the people have rejected the prophets sent by God. But above all he is denouncing the rejection that the Son of God himself will soon meet and the unjust death he will suffer.

More broadly, the parable also points to the indifference and even hostility that those God sends to help us can also meet in our day and age. God in his goodness offers us his grace and his care, as He did by sending the people of Israel his prophets. And He expects from us our good will to strive to grow in virtue and holiness, to take advantage of his grace and not reject those who show us how to yield fruit.

Although the parable certainly has a tragic tone, Jesus’ words also offer a message of hope. As Pope Francis said: “God’s disappointment at the wicked behaviour of mankind is not the last word! This is the great novelty of Christianity: a God who, even though disappointed by our mistakes and our sins, does not fail to keep his word, does not give up and, most of all, does not seek vengeance!”[1]

“My brothers and sisters,” the Pope continues, “God does not avenge himself. God loves, he does not avenge himself. He waits for us to forgive us, to embrace us. Through the ‘rejected stones’—and Christ is the first stone that the builders rejected—through situations of weakness and sin, God continues to circulate ‘the new wine’ of his vineyard, namely mercy. This is the new wine of the Lord’s vineyard: mercy. There is only one obstacle to the tenacious and tender will of God: our arrogance and our conceit which, at times also becomes violence! Faced with these attitudes where no fruit is produced, the Word of God retains all its power to reprimand and reproach: ‘Therefore I tell you, the kingdom of God will be taken away from you and given to a nation producing the fruits of it’ (v. 43).”[2]