Commentary on the Gospel: The Wheat and the Weeds

Gospel for the 16th Sunday of Ordinary Time (Cycle A), and commentary. 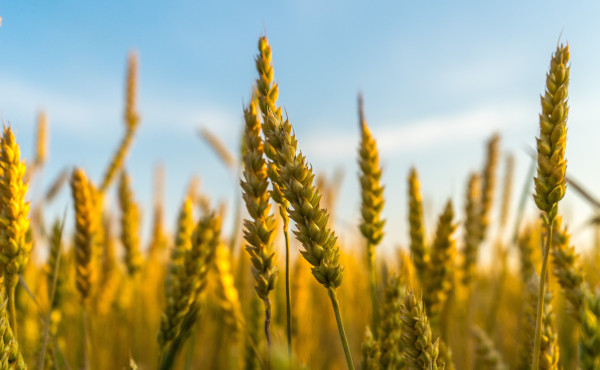 Another parable Jesus put before them, saying, “The kingdom of heaven may be compared to a man who sowed good seed in his field; but while men were sleeping, his enemy came and sowed weeds among the wheat, and went away. So when the plants came up and bore grain, then the weeds appeared also. And the servants of the householder came and said to him, ‘Sir, did you not sow good seed in your field? How then has it weeds?’ He said to them, ‘An enemy has done this.’ The servants said to him, ‘Then do you want us to go and gather them?’ But he said, ‘No; lest in gathering the weeds you root up the wheat along with them. Let both grow together until the harvest; and at harvest time I will tell the reapers, Gather the weeds first and bind them in bundles to be burned, but gather the wheat into my barn.’”

Another parable he put before them, saying, “The kingdom of heaven is like a grain of mustard seed which a man took and sowed in his field; it is the smallest of all seeds, but when it has grown it is the greatest of shrubs and becomes a tree, so that the birds of the air come and make nests in its branches.”

He told them another parable. “The kingdom of heaven is like leaven which a woman took and hid in three measures of meal, till it was all leavened.”

All this Jesus said to the crowds in parables; indeed he said nothing to them without a parable. This was to fulfil what was spoken by the prophet:

“I will open my mouth in parables,
I will utter what has been hidden since the foundation of the world.”

Then he left the crowds and went into the house. And his disciples came to him, saying, “Explain to us the parable of the weeds of the field.”

He answered, “He who sows the good seed is the Son of man; the field is the world, and the good seed means the sons of the kingdom; the weeds are the sons of the evil one, and the enemy who sowed them is the devil; the harvest is the close of the age, and the reapers are angels. Just as the weeds are gathered and burned with fire, so will it be at the close of the age. The Son of man will send his angels, and they will gather out of his kingdom all causes of sin and all evildoers, and throw them into the furnace of fire; there men will weep and gnash their teeth. Then the righteous will shine like the sun in the kingdom of their Father. He who has ears, let him hear.

The image of the field where the good seed of the Gospel has been sown generously, but where the enemy has sown weeds, is an invitation to consider the Church. The Catechism teaches that the Church, “clasping sinners to her bosom, at once holy and always in need of purification, follows constantly the path of penance and renewal. All members of the Church, including her ministers, must acknowledge that they are sinners. In everyone, the weeds of sin will still be mixed with the good wheat of the Gospel until the end of time. Hence the Church gathers sinners already caught up in Christ’s salvation but still on the way to holiness.”[1]

The parable of the wheat and the weeds confronts us with the problem of the coexistence of good and evil. “The situation is clear—the field is fertile and the seed is good; the Lord of the field has scattered the seed at the right moment and with great skill. He even has watchmen to make sure that the field is protected. If, afterwards, there are weeds among the wheat, it is because men have failed to respond, because they—and Christians in particular—have fallen asleep and allowed the enemy to approach.”[2]

Bishop Javier Echevarria said that “this reality should move us to contrition, to a sorrow filled with love, to reparation, but never to discouragement or pessimism … At the same time, we should also realize that there is more good than evil in the world, that grace is more powerful than sin, even though its action may be less visible at times.”[3]

Jesus’ parable makes clear that evil does not come from God, but from the enemy, the evil one, who is astute and sows evil in the midst of good, and in a way that makes it difficult for us to separate the two clearly, although the just Judge will be able to do so. But we shouldn’t look for Him to intervene immediately to uproot evil, because God is patient and merciful.

The servants are eager to uproot the weeds. But God, as Pope Francis says, “with patience and mercy watches over the ‘field’ of each person’s life; he sees much better than we do the filth and the evil, but he also sees the seeds of good and waits with trust for them to grow. God is patient, he knows how to wait. This is so beautiful: our God is a patient father, who always waits for us and waits with his heart in hand to welcome us, to forgive us. He always forgives us if we go to him.”[4]

God is patient because he knows that even the heart that has long been stained by many sins can change and begin to bear good fruit. Saint Augustine. commenting on this parable, adds his experience as a shepherd of souls when he tells us that “many are at first weeds and later become wheat.” Hence we need the healthy patience that is never indifference before evil: “If these persons, when they are evil, were not tolerated patiently, they would never reach the praiseworthy change in their life.”[5]

The owner of the field doesn’t confuse good with evil. He knows what is healthy and what is harmful, but he doesn’t allow his servants to act hastily, in order to allow time for mercy. Jesus teaches us to restrain our impetuousness and learn how to wait. What is now evil can become something good. Conversion is always possible, and we should foster the hope that it will come about.