Commentary on the Gospel: The Two Sons

Gospel for the 26th Sunday in Ordinary Time (Cycle A), and commentary. 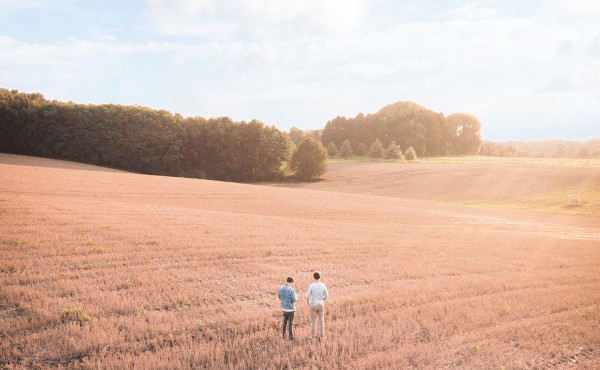 This Gospel scene takes place in the Temple of Jerusalem. Jesus was there teaching the people when some chief priests and elders interrupted Him and asked Him who had given Him authority to do this (cf. Mt 21:23-27). These men thought they were the only ones qualified to teach the people God’s law, as authentic interpreters of the divine will and guides for his chosen people.

Jesus answers them with a parable whose topic has a long tradition in Israel: the different reactions of two brothers when confronted with the same situation. The narratives about Cain and Abel, Ismael and Isaac, Esau and Jacob were well known by those men. In this case, one of the brothers says he wants to obey his father’s will—like those men now confronting Jesus—but he fails to do it. The other brother states publicly his rejection of what his father has asked them to do—like any sinner who acts against the divine law—but later changes his mind and repents, and he does what his father asked.

Then as also now, there are many people who don’t want to reject God, but whose reply to the divine requirements is so reluctant that, when faced with the slightest difficulty, they fail to do what they should and even think they are excused from doing it. The practice of their religion is so routine that it doesn’t bother them at all to set aside what God considers most important.

Jesus’ words are an invitation to react. “We have to remember and remind people around us,” Saint Josemaria says, “that we are children of God, who have received the same invitation from our Father as the two brothers in the parable: ‘Son, go and work in my vineyard.’ I give you my word that if we make a daily effort to see our personal duties in this light, that is, as a divine summons, we will learn to carry them through to completion with the greatest human and supernatural perfection of which we are capable. Occasionally we may rebel, like the elder of the two sons, who replied to his father, ‘I will not,’ but we will learn how to turn back repentant and redouble our efforts to do our duty.”[1]

Jesus knows the human heart very well, and understands the difficulties and tensions we are all confronted with each day, both interiorly—the struggle to overcome laziness and reluctance—as well as in the environment around us—giving more importance to what others do, rather than doing what we know we should even when others fail to do it. As Pope Francis said, mentioning this Gospel scene among others: “Jesus knows the anxieties and tensions experienced by families and he weaves them into his parables: children who leave home to seek adventure (cf. Lk 15:11-32), or who prove troublesome (cf. Mt 21:28-31) or fall prey to violence (cf. Mk 12:1-9).”[2] God is well aware of our difficulties, but He patiently waits for us to rectify and for our generous reply like that of the rebellious son.

The end of the parable contains some pointed words: “Truly, I say to you, the tax collectors and the harlots go into the kingdom of God before you” (v. 31). That is, those who suffer because of their sins and sincerely desire a pure heart are nearer the Kingdom of God than many others who call themselves Christians but are lukewarm. The latter think they are already doing enough, and refuse to open their heart to repent for their sins and to accept God’s love.