Commentary on the Gospel: The Resurrection of Lazarus

Gospel for the 5th Sunday of Lent (Cycle A), and commentary. 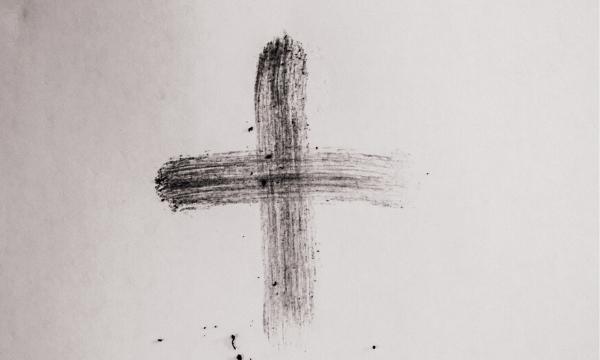 Now a certain man was ill, Lazarus of Bethany, the village of Mary and her sister Martha. It was Mary who anointed the Lord with ointment and wiped his feet with her hair, whose brother Lazarus was ill. So the sisters sent to him, saying, “Lord, he whom you love is ill.”

But when Jesus heard it he said, “This illness is not unto death; it is for the glory of God, so that the Son of God may be glorified by means of it.”

Now Jesus loved Martha and her sister and Lazarus. So when he heard that he was ill, he stayed two days longer in the place where he was. Then after this he said to the disciples, “Let us go into Judea again.”

The disciples said to him, “Rabbi, the Jews were but now seeking to stone you, and are you going there again?”

The disciples said to him, “Lord, if he has fallen asleep, he will recover.”

Now Jesus had spoken of his death, but they thought that he meant taking rest in sleep. Then Jesus told them plainly, “Lazarus is dead; and for your sake I am glad that I was not there, so that you may believe. But let us go to him.”

Thomas, called the Twin, said to his fellow disciples, “Let us also go, that we may die with him.”

Now when Jesus came, he found that Lazarus had already been in the tomb four days. Bethany was near Jerusalem, about two miles off, and many of the Jews had come to Martha and Mary to console them concerning their brother. When Martha heard that Jesus was coming, she went and met him, while Mary sat in the house. Martha said to Jesus, “Lord, if you had been here, my brother would not have died. And even now I know that whatever you ask from God, God will give you.”

Jesus said to her, “Your brother will rise again.”

Martha said to him, “I know that he will rise again in the resurrection at the last day.”

Jesus said to her, “I am the resurrection and the life; he who believes in me, though he die, yet shall he live, and whoever lives and believes in me shall never die. Do you believe this?”

She said to him, “Yes, Lord; I believe that you are the Christ, the Son of God, he who is coming into the world.”

When she had said this, she went and called her sister Mary, saying quietly, “The Teacher is here and is calling for you.” And when she heard it, she rose quickly and went to him. Now Jesus had not yet come to the village, but was still in the place where Martha had met him. When the Jews who were with her in the house, consoling her, saw Mary rise quickly and go out, they followed her, supposing that she was going to the tomb to weep there. Then Mary, when she came where Jesus was and saw him, fell at his feet, saying to him, “Lord, if you had been here, my brother would not have died.”

When Jesus saw her weeping, and the Jews who came with her also weeping, he was deeply moved in spirit and troubled; and he said, “Where have you laid him?”

They said to him, “Lord, come and see.” Jesus wept. So the Jews said, “See how he loved him!” But some of them said, “Could not he who opened the eyes of the blind man have kept this man from dying?”

Then Jesus, deeply moved again, came to the tomb; it was a cave, and a stone lay upon it. Jesus said, “Take away the stone.”

Martha, the sister of the dead man, said to him, “Lord, by this time there will be an odor, for he has been dead four days.”

Jesus said to her, “Did I not tell you that if you would believe you would see the glory of God?”

So they took away the stone. And Jesus lifted up his eyes and said, “Father, I thank thee that thou hast heard me. I knew that thou hearest me always, but I have said this on account of the people standing by, that they may believe that thou didst send me.” When he had said this, he cried with a loud voice, “Lazarus, come out.” The dead man came out, his hands and feet bound with bandages, and his face wrapped with a cloth. Jesus said to them, “Unbind him, and let him go.”

Many of the Jews therefore, who had come with Mary and had seen what he did, believed in him.

The passages read on previous Sundays about the Samaritan woman and the man blind from birth reveal to us that Jesus is living water and the light of the world. Now the Fifth Sunday of Lent presents us with the story of the resurrection of Lazarus, the seventh sign or miracle narrated by Saint John, the last and most portentous one, which reveals Jesus as Lord of life and death.

Saint John tells us that Martha, Mary and Lazarus were friends of Jesus. This mutual trust leads the sisters to make known to the Maser the news that their brother is sick. The Evangelist adds the small detail that “now Jesus loved Martha and her sister and Lazarus” (v. 5). And further on, in the shortest verse in the Bible, he says that “Jesus wept” (v. 35). The affection our Lord shows here has always awoken amazement in the saints and an eagerness to correspond. As Saint Josemaria said: “Jesus is your friend. The Friend. With a human heart, like yours. With loving eyes that wept for Lazarus. And he loves you as much as he loved Lazarus.”[1]

Nevertheless, Jesus waits for two days before responding to the sisters’ call for help. When he reaches the outskirts of Bethany, Lazarus has already been dead for four days. A common belief among the Jews was that the soul of the deceased would wander outside the body until the third day, but on the fourth day the body began to decay.[2] Mary may have been referring to this belief when Jesus asks them to remove the stone from the sepulcher and she says that there will be a stench. In this light, Jesus may have delayed his arrival because he was going to truly call Lazarus back from corruption, that is, from sheol, the domain of the dead. In contrast, Jesus rose on the third day, because as the Apostles will later remind people (cf. Acts 2:14-36; 13: 15-43), Scripture had foretold: “you will not allow your Holy One to experience corruption” (Ps 16:10).

Benedict XVI said: “In today’s Gospel—the resurrection of Lazarus—we hear the voice of faith speak from the lips of Martha, Lazarus’ sister. In reply to Jesus who says to her: ‘Your brother will rise again,’ she says: ‘I know that he will rise again in the resurrection on the last day’ (Jn 11:23-24). But Jesus responds: ‘I am the resurrection and the life; whoever believes in me, even if he die, he will live’ (Jn 11:25-26). Here is the novelty that breaks and goes beyond every barrier! Christ destroys the wall of death; in him there dwells the fullness of God, who is life, eternal life. For this reason death did not have power over him; and Lazarus’ resurrection is the sign of his complete dominion over physical death, which before God is like a dream” (cf. Jn 11:11). [3]

When the tomb is opened, Jesus calls: “Lazarus, come out” (v. 43). Lazarus was the Greek form of the Hebrew name Eleazar, which means help of God. Lazarus is the prelude to what Jesus announced: “I say to you, the hour is coming, and now is, when the dead will hear the voice of the Son of God, and those who hear will live” (Jn 5:25). Jesus has power over death because he also has it over sin, which is the cause of death. Thus, in some way, the bindings that tie and wrap Lazarus represent not only the bonds of sheol but also those of sin.

As Pope Francis said: “Jesus’ act of raising Lazarus shows the extent to which the power of God’s grace can go, and thus the extent of our conversion, our transformation. Listen carefully: there is no limit to the divine mercy offered to everyone! Remember this sentence. Let us say it together: ‘There is no limit to divine mercy which is offered to everyone!’ The Lord is always ready to remove the tombstone of our sins, which separate us from Him, the Light of the living.”[4]

Jesus relies on the mediation of other people in freeing Lazarus from the bonds of death. We can see here a symbol of the ministers of the Church who absolve people of their sins.