Commentary on the Gospel: The Baptist's Voice

Gospel for the 2nd Sunday of Advent (Cycle A), and commentary. 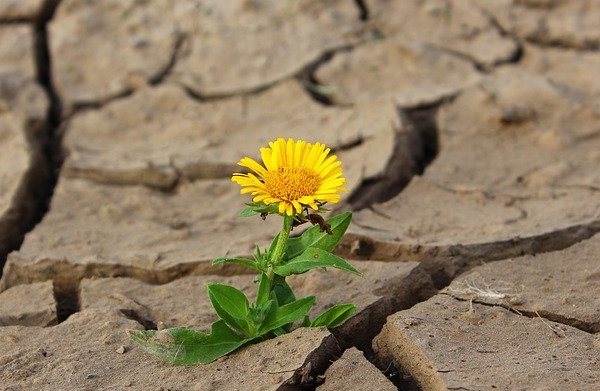 In those days came John the Baptist, preaching in the wilderness of Judea, “Repent, for the kingdom of heaven is at hand.”

For this is he who was spoken of by the prophet Isaiah when he said, “The voice of one crying in the wilderness: Prepare the way of the Lord, make his paths straight.”

Now John wore a garment of camel’s hair, and a leather girdle around his waist; and his food was locusts and wild honey. Then went out to him Jerusalem and all Judea and all the region about the Jordan, and they were baptized by him in the river Jordan, confessing their sins.

But when he saw many of the Pharisees and Sadducees coming for baptism, he said to them, “You brood of vipers! Who warned you to flee from the wrath to come? Bear fruit that befits repentance, and do not presume to say to yourselves, ‘We have Abraham as our father’; for I tell you, God is able from these stones to raise up children to Abraham. Even now the axe is laid to the root of the trees; every tree therefore that does not bear good fruit is cut down and thrown into the fire.

“I baptize you with water for repentance, but he who is coming after me is mightier than I, whose sandals I am not worthy to carry; he will baptize you with the Holy Spirit and with fire. His winnowing fork is in his hand, and he will clear his threshing floor and gather his wheat into the granary, but the chaff he will burn with unquenchable fire.”


The gospel for the second Sunday of Advent presents us with the figure of Saint John the Baptist at the Jordan. The term “advent” was employed by ancient historians for the arrival back to the City of the emperors, after completing important military campaigns. The whole City prepared for his triumphal entry. The Church is also preparing for an “advent,” a much more important one: that of the Son of God at Christmas. But he will arrive not in a celebration of triumphant power, but in the humility of a child lying in a manger. The voice of the Baptist resounds forcefully during this liturgical season, with a demand for personal conversion as the best way to prepare for the Messiah’s arrival.

Various aspects of Matthew's narrative draw our attention. In first place, the locale the Precursor chooses for his ministry. The Baptist doesn’t preach in a crowded city, where his message could reach many more people. Rather he chooses to preach in the desert, a harsh and sparsely populated place, which by its striking contrast recalls for us the Paradise lost by our first parents’ original sin (cf. Gen 2-3). The desert perhaps is an image for the state of sin Mankind is suffering from and its consequences. The desert was also the place of trial for the people of Israel, as the books of Exodus and Numbers narrate. And it was where their successive conversions took place, thanks to God’s provident help, because God is always faithful to the covenant he makes with his people. And it is in the desert that the Son of God, after being baptized by John, will overcome the temptations of the devil. In short, in the desert one finds the austere atmosphere of temperance and penance that John insists on for receiving his baptism of conversion.

Matthew says that John “wore a garment of camel’s hair, and a leather girdle around his waist; and his food was locusts and wild honey” (v. 4). The book of Zachariah 13:4, for example, presents the false prophets as dressing in rich cloaks. Whereas in John the people could recognize a person with prophetic authority who refused to dress like the false prophets. In any case, John’s external austerity pointed to the interior disposition he was demanding of the people.

The evangelist summed up Saint John's message with the words: “Repent, for the kingdom of heaven is at hand” (v. 2). The verb used in the original Greek text, metanoein, points to a change in one’s interior attitude, in how one thinks and lives. The Church’s tradition has summed this up in the word “conversion,” which entails a personal purification.

The Baptist’s message is demanding, as is the Gospel of the Kingdom preached by Jesus. We always run the risk of trying to adapt this message to our own point of view and today's circumstances. Certainly we need to know how to pass on the faith in each time and place with the required gift of tongues. But the Baptist’s message, which is renewed during Advent, is that we are the ones who need to adapt ourselves to the Gospel, through a change of outlook and attitude, and a spirit of personal penance.

As Pope Francis once said during Advent: “The voice of the Baptist still cries out in the deserts of humanity today, which are—what are today’s deserts?—closed minds and hardened hearts. And [his voice] causes us to ask ourselves if we are actually following the right path, living a life according to the Gospel. Today, as then, he admonishes us with the words of the Prophet Isaiah: ‘Prepare the way of the Lord, make his paths straight’ (v. 4). It is a pressing invitation to open one’s heart and receive the salvation that God offers ceaselessly, almost obstinately, because he wants us all to be free from the slavery of sin.”[1]