Commentary on the Gospel: Palm Sunday

Gospel for Palm Sunday at the Procession with Palms (Cycle C) and commentary. 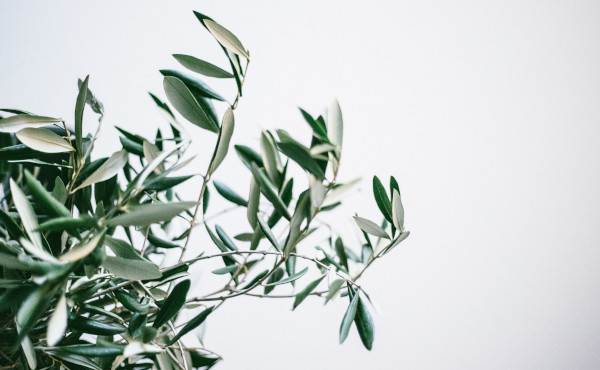 And when he had said this, he went on ahead, going up to Jerusalem. When he drew near to Bethphage and Bethany, at the mount that is called Olivet, he sent two of the disciples, saying,

“Go into the village opposite, where on entering you will find a colt tied, on which no one has ever yet sat; untie it and bring it here. If any one asks you, ‘Why are you untying it?’ you shall say this, ‘The Lord has need of it.’”

So those who were sent went away and found it as he had told them. And as they were untying the colt, its owners said to them, “Why are you untying the colt?” And they said, “The Lord has need of it.” And they brought it to Jesus, and throwing their garments on the colt they set Jesus upon it.

And as he rode along, they spread their garments on the road. As he was now drawing near, at the descent of the Mount of Olives, the whole multitude of the disciples began to rejoice and praise God with a loud voice for all the mighty works that they had seen, saying,

“Blessed is the King who comes in the name of the Lord! Peace in heaven and glory in the highest!”

And some of the Pharisees in the multitude said to him, “Teacher, rebuke your disciples.” He answered,

“I tell you, if these were silent, the very stones would cry out.”

This Sunday is called in the Church’s liturgy “Palm Sunday of the Lord’s Passion,” because it commemorates Christ’s entry into Jerusalem to consummate his Paschal Mystery. Therefore from very early in the Church’s life two Gospels are read on this day. As Pope Francis explains: “Today’s celebration can be said to be bittersweet. It is joyful and sorrowful at the same time. We celebrate the Lord’s entrance into Jerusalem to the cries of his disciples who acclaim him as king. Yet we also solemnly proclaim the Gospel account of his Passion. In this poignant contrast, our hearts experience in some small measure what Jesus himself must have felt in his own heart that day, as he rejoiced with his friends and wept over Jerusalem.”[1]

Benedict XVI points out that the account of Christ’s triumphal entry “is full of mysterious allusions.”[2] In Luke’s version we can focus on several of them. Jesus descends the Mount of Olives from Bethpage and Bethany, where the Messiah’s entrance was expected. With his precise instructions regarding the donkey, Jesus claims the right of kings to requisition personal modes of transport. David commanded that his son Solomon be mounted on his own mule when being brought to be anointed as king (cf. 1 Kings 1:33). The colt was tied, as Jacob had foretold when promising the scepter, the ruler’s staff, to Judah, whose donkey would be tethered (cf. Gen 49:11).

The people spread out their garments to carpet Jesus’ path, as the inhabitants of Jerusalem had traditionally done to honor the kings (cf. 2 Kings 9:13). And the multitude of the disciples, with great rejoicing, began to cry out with words from Psalm 118: “Blessed is the King who comes in the name of the Lord!” And also: “Peace in heaven and glory in the highest!”—words that echo the singing of the angels when Jesus is born in Bethlehem (cf. Lk 2:14), in the city of King David and the Messiah.

The messianic background of what was taking placing did not escape the notice of the Pharisees, who were scandalized and asked Jesus to rebuke his disciples. But the Teacher makes clear to them the hardness of their hearts. So clear were the signs of the Messiah’s coming that even the stones would cry out in his honor if they managed to silence his disciples. As a Father of the Church said: “When the Lord was crucified, and those who knew him kept silent out of fear, the rocks and stones praised him. For at the moment he expired, the ground trembled, the rocks split apart and the graves opened.”[3]

“Just as the Lord entered the Holy City that day on a donkey," said Benedict XVI, “so too the Church saw him coming again and again in the humble form of bread and wine.”[4] Therefore the scene of Palm Sunday is repeated in some way in our own life. Jesus comes to the city of our soul in the humble guise of ordinary life: in the simplicity of the sacraments; or in gentle suggestions, like those Saint Josemaria points to in his homily for this feast: “Fulfil your duty punctually; smile at whoever needs cheering up, even though there is sorrow in your soul; devote the necessary time to prayer, without haggling; go to the help of anyone who looks for you; practice justice and go beyond it with the grace of charity.”[5]

We can also consider with Saint Josemaria the significance of the donkey in this scene: “There are hundreds of animals more beautiful, more deft and strong. But it was a donkey Christ chose when he presented himself to the people as king in response to their acclamation. For Jesus has no time for calculations, for astuteness, for the cruelty of cold hearts, for attractive but empty beauty. What he likes is the cheerfulness of a young heart, a simple step, a natural voice, clean eyes, attention to his affectionate word of advice. That is how he reigns in the soul.”[6] Whoever welcomes Jesus with humility and simplicity can bring him to every sector of society.

[2] Benedict XVI, Jesus of Nazareth. Holy Week: From the Entrance into Jerusalem to the Resurrection, Ignatius Press 2011, p. 3.

[4] Benedict XVI, Jesus of Nazareth. Holy Week: From the Entrance into Jerusalem to the Resurrection, Ignatius Press 2011, p. 10.