Commentary on the Gospel: "I am the Way"

Gospel for the 5th Sunday of Easter (Cycle A), and commentary. 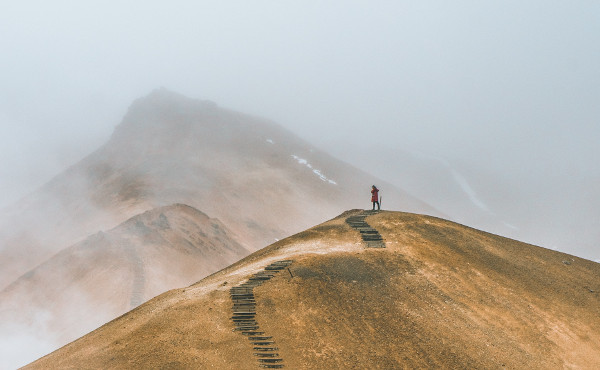 Thomas said to him, “Lord, we do not know where you are going; how can we know the way?”

Jesus said to him, “I am the way, and the truth, and the life; no one comes to the Father, but by me. If you had known me, you would have known my Father also; henceforth you know him and have seen him.”

Philip said to him, “Lord, show us the Father, and we shall be satisfied.”

“Truly, truly, I say to you, he who believes in me will also do the works that I do; and greater works than these will he do, because I go to the Father.”

The gospel for the 5th week of Easter is taken from Jesus’ farewell discourse during the Last Supper. The disciples are saddened by the Master’s imminent departure. To console them, our Lord reveals deep truths of faith that we can meditate on as we draw closer to the feast of Pentecost.

First of all, Jesus asks his disciples to not let their hearts to be troubled, to have faith and trust in Him and in his deeds. He then speaks about his “Father’s house,” and says that He is going there “to prepare a place for you” (v. 2). There is nothing wrong with thinking about Heaven in the midst of tribulation. “Our Lord speaks frequently to us of the reward which he won for us by his Death and Resurrection,” Saint Josemaria reminds us. “Heaven is the final destination of our path on earth. Jesus has gone ahead of us and awaits us there, in the company of Our Lady and of Saint Joseph, whom I so much revere, and of all the angels and saints.”[1]

In response to Thomas’s question about the way to reach the place where Jesus is going, Our Lord reveals to his disciples that He is the Way, the Truth and the Life. Saint Augustine comments on these mysterious words: “the Word of God, who is Truth and Life next to the Father, has become the Way by taking on human nature.”[2]

Hence to follow Jesus requires grasping the mystery of his Person and Mission. Pope Francis said that “getting to know Jesus is the most important work in our life.”[3] We need to discover the intimate union between the Son and the Father: “He who has seen me has seen the Father” (v. 9). Jesus is the way because everything in his Person reveals the Father and unites us to the Father. Jesus has made the invisible God visible for us, through all his deeds and words.[4] He reveals God to us through a human face, and looks upon us with love and calls us his friends, in order to make it easy for us to get to know Him, love Him and become one with Him.

Pope Francis said in this regard: “Pilate cannot understand that the Truth is standing in front of him; he cannot see in Jesus the face of the truth that is the face of God. And yet Jesus is exactly this: the Truth that, in the fullness of time, ‘became flesh’ (cf. Jn 1:1, 14), and came to dwell among us so that we might know it. The truth is not grasped as a thing, the truth is encountered. It is not a possession, it is an encounter with a Person.”[5]

Truth and Life are united in a Person whom we can come to know and love. Thus we go forward on the way to the Father by identifying ourselves with his Son.