Commentary on the Gospel: “He shall be called a Nazarene”

Gospel for the Sunday in the Octave of Christmas: Feast of the Holy Family (Cycle A), and commentary. 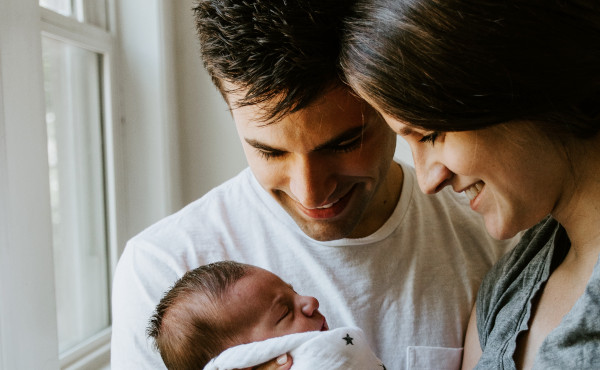 Now when they had departed, behold, an angel of the Lord appeared to Joseph in a dream and said,

“Rise, take the child and his mother, and flee to Egypt, and remain there till I tell you; for Herod is about to search for the child, to destroy him.”

And he rose and took the child and his mother by night, and departed to Egypt, and remained there until the death of Herod. This was to fulfil what the Lord had spoken by the prophet,

“Out of Egypt have I called my son.”

But when Herod died, behold, an angel of the Lord appeared in a dream to Joseph in Egypt, saying,

“Rise, take the child and his mother, and go to the land of Israel, for those who sought the child’s life are dead.”

And he rose and took the child and his mother, and went to the land of Israel. But when he heard that Archelaus reigned over Judea in place of his father Herod, he was afraid to go there, and being warned in a dream he withdrew to the district of Galilee. And he went and dwelt in a city called Nazareth, that what was spoken by the prophets might be fulfilled,

“He shall be called a Nazarene.”

The Gospel for the liturgical feast of the Holy Family presents us with two passages from Saint Matthew’s infancy narrative: the flight into Egypt, due to the malice of Herod, and the return of the Holy Family to the land of Israel, to Nazareth. Matthew is interested in showing that both the dramatic events of Jesus’ hidden life, as well as the most ordinary and everyday events, took place in accord with Scripture. Hence these events have a deep meaning foreseen by divine providence. The people of Israel had to flee from the menace of Egypt, as narrated in the Book of Exodus; but now Egypt becomes, by a happy contrast, the place of refuge for the Messiah. From there God will call forth his son, so that he might return to the land of Israel to save his people and the gentiles. The divine call and the decisions forced upon them by circumstances led Mary and Joseph to settle in Nazareth, where Jesus will spend the greater part of his life.

As Pope Francis once remarked regarding the dramatic event of the flight into Egypt: “Today the Gospel presents the Holy Family to us on the sorrowful road of exile, seeking refuge in Egypt. Joseph, Mary and Jesus experienced the tragic fate of refugees, which is marked by fear, uncertainty and unease (cf. Mt 2:13-15; 19-23) … Jesus wanted to belong to a family who experienced these hardships, so that no one would feel excluded from the loving closeness of God. The flight into Egypt caused by Herod’s threat shows us that God is present where man is in danger, where man is suffering, where he is fleeing, where he experiences rejection and abandonment; but God is also present where man dreams, where he hopes to return in freedom to his homeland and plans and chooses life for his family and dignity for himself and his loved ones.”[1] Hence we can have the security that the events in our own life always take place under God’s attentive and loving look, just as the events in the life of his Son did. Everything that happens to us contains a meaning that we should strive to understand and build on, through our free response, although at first sight we only see what is painful.

The apparently ordinary and seemingly unimportant events in our life also have a meaning in God’s eyes. As the Pope continued in his Angelus address: “Today as we turn or eyes to the Holy Family, we are also drawn into the simplicity of the life they led in Nazareth. It is an example that does our families great good, helping them increasingly to become communities of love and reconciliation, in which tenderness, mutual help, and mutual forgiveness is experienced.”[2]

The Holy Family, and especially Saint Joseph, are shown in this Gospel as an attractive model of acceptance of God’s will and the effort to understand and follow it. Thanks to the decisions made by Mary and Joseph, the Son of God will fulfill the divine will of living an ordinary daily life for many years in a family, and being called a “Nazarene.” As Saint Josemaria said: “The fact that Jesus grew up and lived just like us shows us that our life, all our ordinary daily activities, has a divine meaning. No matter how much we may have reflected on all this, we should always be surprised when we think of the thirty years of obscurity which made up the greater part of Jesus’ life among us. He lived in obscurity, but for us these years are full of light. They illuminate our days and fill them with meaning, for we are ordinary Christians who lead an ordinary life, just like millions of other people all over the world.

“That was the way Jesus lived for thirty years, as ‘the son of the carpenter’ (Mt 13: 55). There followed three years of public life, spent among the crowds. People were surprised: ‘Who is this?’ they asked. ‘Where has he learned these things?’ For he was just like them: he had shared the life of ordinary people. He was ‘the carpenter, the son of Mary’ (Mk 6: 3). And he was God. He was achieving the redemption of mankind and ‘drawing all things to himself’ (Jn 12:32).[3]