Commentary on the Gospel: Fishers of Men

Gospel for the 3rd Sunday in Ordinary Time (Cycle A), and commentary. 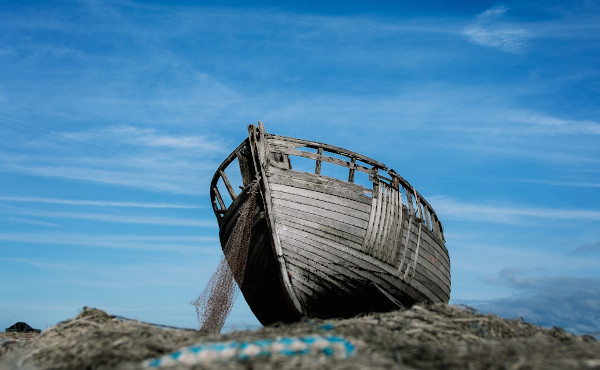 Now when he heard that John had been arrested, Jesus withdrew into Galilee; and leaving Nazareth he went and dwelt in Capernaum by the sea, in the territory of Zebulun and Naphtali, that what was spoken by the prophet Isaiah might be fulfilled:

“The land of Zebulun and the land of Naphtali,
toward the sea, across the Jordan,
Galilee of the Gentiles—
the people who sat in darkness
have seen a great light,
and for those who sat in the region and shadow of death
light has dawned.”

From that time Jesus began to preach, saying, “Repent, for the kingdom of heaven is at hand.”

As he walked by the Sea of Galilee, he saw two brothers, Simon who is called Peter and Andrew his brother, casting a net into the sea; for they were fishermen. And he said to them,

“Follow me, and I will make you fishers of men.”

And he went about all Galilee, teaching in their synagogues and preaching the gospel of the kingdom and healing every disease and every infirmity among the people.

From the start of his public life, Jesus took up residence in Capernaum, a border town on the road uniting Galilee with the territory governed by Philip the Tetrarch. It was a busy town through which people of all backgrounds passed, both Jews and pagans. There, in the “Galilee of the Gentiles,” “a great light” begins to shine (vv. 15-16), since Jesus has come to bring salvation to all men and women. In this gospel passage Saint Matthew shows us Jesus beginning his public life, with three of its key elements.

First, we are given a brief summary of the essential content of his preaching: “Repent, for the kingdom of heaven is at hand” (v. 17). Conversion requires rejecting sin in order to attain the goal to which we are all called: happiness in the Kingdom of Heaven. And it requires a change in our daily life, in order to allow more room for God, as Peter and Andrew, James and John experienced.

Secondly, by inviting those who will be his first disciples to follow him (vv. 18-22), Jesus begins his Church, built on those simple and ordinary men whom he will make into Apostles. He will make use of them and their successors to constantly renew the universal call to conversion and penance that opens the way to the Kingdom of Heaven.

Immersed in their daily work as fishermen when Jesus opened up unsuspected horizons to them, they immediately decided to follow him. Up to now their work had meant casting their nets, cleaning and repairing them, gathering the fish for sale… But our Lord makes them see that, without leaving their profession, they will now be catching different “fish.” Their great adventure begins with a simple, apparently chance encounter. Their generosity in following Jesus enables them to get to know the Master personally. He asks them not merely to pass on his teachings to others but to be his intimate friends and witnesses to his Person.

This scene is repeated in the life of each one of us if, like those men, we listen to Christ’s call and decide to follow him without placing conditions. Our life takes on a new meaning, a marvelous, divine one. “My children, our vocation is to follow Christ – Venite past me et faciam vos fieri piscatores hominum (Mt 4:19) And to follow him so closely that we live with him, like the first Twelve; so close to him, that we identify with him, that we live his Life, until a moment comes, if we haven’t hindered it, when we can say with Saint Paul: ‘It is now no longer I who live, but Christ who lives in me’ (Gal 2:20).”[1]

Thirdly, Matthew makes it clear that Jesus is more than just a great teacher, since we see him “healing every disease and every infirmity among the people” (v. 23). He is the Redeemer of mankind in every dimension of human life, since he saves us as he teaches us: “Wherever Jesus goes the Creator Spirit brings life, and men and women are healed of diseases of body and spirit. God’s lordship is thus manifest in the human being’s integral healing. By this, Jesus wanted to reveal the Face of the true God, the God who is close to us, full of mercy for every human being; the God who gives us life in abundance, his own Life.”[2]