Commentary on the Gospel: Bringing the Light of the Gospel into Every Home

Gospel for the 15th Sunday in Ordinary Time (Year B), and commentary. 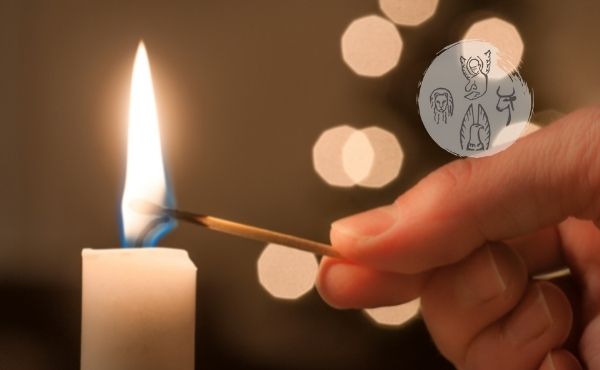 And Jesus called to him the twelve, and began to send them out two by two, and gave them authority over the unclean spirits. He charged them to take nothing for their journey except a staff; no bread, no bag, no money in their belts; but to wear sandals and not put on two tunics.

And he said to them, “Where you enter a house, stay there until you leave the place. And if any place will not receive you and they refuse to hear you, when you leave, shake off the dust that is on your feet for a testimony against them.”

So they went out and preached that men should repent. And they cast out many demons, and anointed with oil many that were sick and healed them.

The Gospel of today’s Mass shows Jesus sending out the Twelve two by two, to preach conversion and to heal and free those oppressed by the devil. Peter later reminds people, in one of his discourses in the Acts of the Apostles, “how God anointed Jesus of Nazareth with the Holy Spirit and with power; how he went about doing good and healing all that were oppressed by the devil, for God was with him” (Acts 10:38). This is a mission all of us feel identified with. But to draw out all the meaning contained in this brief passage from Mark’s Gospel, we need to look also at the other readings in today’s Mass.

In the first reading, the prophet Amos tells us: “and the Lord took me from following the flock, and the Lord said to me, ‘Go, prophesy to my people Israel’” (Amos 7:15). This short passage stresses that it is God who calls the prophet; the true prophet is not moved by human motives nor does he preach according to the taste of his listeners. He possesses both humility and daring: the daring that comes from the certainty of being the bearer of a divine message, a message that is love and mercy because it is an invitation to a conversion that leads to a new life.

We hear the same message in the psalm: “Surely his salvation is at hand for those who fear him, that glory may dwell in our land” (Ps 85:9). The prophet has been sent not to condemn, but to speak of God’s salvation, of his love and mercy. And to remind everyone that, far from God, in the clutches of sin, no life is possible.

The prophet, the apostle, has been granted a great power: “Do not neglect the gift you have, which was given you” (1 Tim 4:14). But this power goes together with the firm conviction that all authority has its source in God and, in the case of the prophet or apostle, it is for the apostolic mission. The one sent, as Mark reminds us, should carry with him a staff. The one sent is a wayfarer who travels from house to house, from heart to heart, bringing the light and healing of the Gospel. He brings Christ and the powerful action of the Spirit. The prophet manifests that the Kingdom of God is already here among us, through the healing of bodies and spirits.

The one who preaches needs to pass on the Gospel that we have received, the apostolic faith, which Paul himself calls a shield (cf. Eph 6:16). The second reading in today’s Mass is a marvelous summing up of that faith, at the heart of which is God’s eternal plan: “even as he chose us in him before the foundation of the world, that we should be holy and blameless before him. He destined us in love to be his sons through Jesus Christ, according to the purpose of his will, to the praise of his glorious grace which he freely bestowed on us in the Beloved” (Eph 1:4-6).

The readings of today’s Mass remind us of the greatness of our apostolic mission as Christians. God is counting on us to make known his marvelous plan to all men and women. We have to enter into every home to bring there the light of the Gospel (cf. Mk 16:15-18). A Christian’s fortitude comes from making the Gospel the foundation of one’s own life: knowing that we are loved from all eternity and called to something so great; that God is counting on us to make known his mercy. Hence we need to ask ourselves how fully we have let the Gospel message enter into our own heart and transform us. The power and conviction with which we speak about God to each person depends entirely upon this.