A new article in the series on marriage and courtship. "If marriage were about just a man and a woman perhaps it could be entered into with less foresight, but we are marrying the father/mother of our future children." 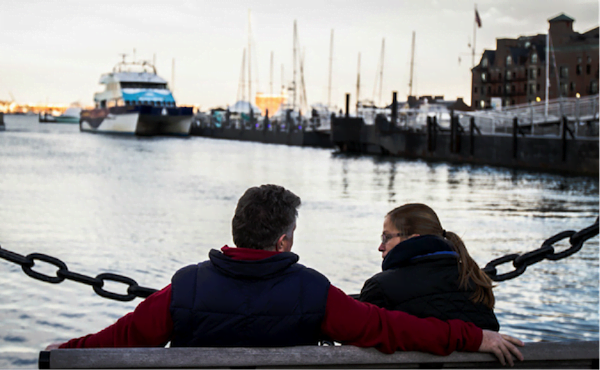 By Philip and Teresa Crabtree

Our modern lives are full of choices. In fact choice could be said to be the mantra of the modern world. There are of course some areas of life where we do make real choices, mostly in the things we buy. Marriage traditionally was rarely a matter of choice. Spouses were chosen for each other by parents and that was that.

For people living in modern developed countries today, we go out and find our own spouse, but the idea that we are really choosing is something of an illusion. Life presents us with a series of people who we might potentially marry; one of those has to show a liking for us, and only then do we get a real choice of whether to marry or not. So where do we start? How do we throw off the romantic illusions fed to us in novels and TV dramas and get down to realities? We have to start by using our reason.

Ideally a Catholic should marry a Catholic. However there are many good men and women out there, maybe baptised but never instructed, who may come to deeply respect the faith they find in their future spouse, and in time with good example come to embrace the faith themselves.

In the discernment of deciding to marry, sometimes the decision is very clear. For others a lot of prayer is needed, and advice from wise friends. What is certain is that if we think we will find perfect happiness in marriage we have misunderstood the plans of God. There will be great joys and heavy crosses. This is the path to heaven we must be prepared to tread if this is our vocation.

And what about romance, or “falling in love”? Would it be wise to marry without a romantic attachment? Generally it would be sensible to say no.

Romance before marriage has become a modern expectation. Sadly there are occasions where a girl meets a fellow who falls madly in love with her but she simply does not feel the same way. It’s no good pretending. We should give love time to develop of course but if it just doesn’t we have to be truthful about that.

More commonly the problem is the other way round. In popular culture Romance is given the prominent position in the decision to marry, with phrases like "Love conquers all." Reason dictates that before we have a chance for our heart to get attached to someone, he/she must fit at least the most important criteria for a suitable husband/wife. Sadly it is sometimes the case that important facts about someone we have fallen in love with don’t come to light until much later. It is very tempting to then brush these aside and hope that love will indeed conquer all. But it’s much braver to be truthful with ourselves and walk away with a broken heart.

If marriage were about just a man and a woman perhaps it could be entered into with less foresight, but we are marrying the father/mother of our future children. Their happiness is at stake in the decision.

Normally there is a period of courtship or engagement before a marriage. This period is very important to resolve any of the kinds of questions being posed here. Entering into an engagement normally assumes it will end in marriage. However if there is any doubt raised about whether to marry, it needs to be resolved one way or the other before that final commitment.

This process may seem rather unromantic and hard-headed to the sentimentalist, but in fact it is both useful and necessary. Many young women rule out extremely suitable and good men because they lack some quality of less importance.

Once some criteria have been established, a young lady must ask herself this question: “What sacrifices am I prepared to make to find a husband?” There are a great many good men in the world but you have to actually meet them before you are ever going to marry one of them. It is essential to go out and socialise in the places where you are going to meet the sort of people who might be suitable.

Now going out regularly in the evening when you have been working all day is very tiring and many young women really neglect this aspect once they have started a career. But, in the words of Disney’s little mermaid, "You gotta be where the people are." Go to church groups, start volunteering, go to social events and organise them yourself. Don’t complain that there is no social group for twenty-somethings at your church: start one!

Hopefully with the right initial criteria, and mixing in suitable social groups you will find a man who you really get along with. Will he be Mr Perfect? Most likely he will not. He may match up well on some of your criteria; he may work hard at his job, have wonderful parents; he may be a practising Catholic but be a little weak in his Faith or not be a man of Faith at all.

Here things get tricky. Clearly there are deal breakers in the process of deciding to marry. A Catholic has to marry someone who agrees to bring any children up in the Faith, and live according to Catholic moral Law. A man outside the Faith, especially if he is committed to another religion, is very unlikely to be able to commit to these things, even if he says he will.

The final decision should be made using a combination of prayer, good advice and our own good sense. God asks no more than this. Every marriage is ultimately a "leap of faith." The grace of the sacrament can make up for many weaknesses found in both the husband and wife.

Very similar considerations apply for men when choosing a girl. There are some differences in the issues that apply.

A lot of men are afraid of being rejected. This is a very difficult issue to resolve for those men who are shy and/or introverted. Some courage is necessary to overcome this. You will get rejected a few times! This is normal and good for the virtue of humility. If at first you don’t succeed... as they say. It is important not to let a rejection experience discourage you, because it will not always be like that. The other issue to consider is perseverance. Sometimes a girl will appear to reject you but in her own mind she just wants to find out how keen you really are. If you are keen you will be persistent and talk to her again, and often that is just what a girl needs to convince herself you are serious.

The key point is you have to make the effort. Even if you really are very handsome, girls won’t just fall at your feet (unless you are extraordinarily lucky). You have to go and find them – in the sort of places where you will find the sort of girl you want. This could include, as it does for the ladies, church groups, volunteering and the like. At the risk of stating the obvious, to find a girl who shares your love for classical music you probably wouldn’t go to the Glastonbury rock festival or a nightclub.

For men also, going out regularly in the evening when you have been working all day can be very tiring. It can also be difficult to juggle work and social commitments, especially when a lot of jobs take up more time than the standard 9-5 day. It has become more acceptable to search for suitable people online, and you can afford to be more fussy there as there will be plenty of choices!

A list of criteria is also valuable for men. Whilst a woman has to consider the willingness and capacity of a man to work hard to support a family, a man has to consider whether his future wife will be prepared to make the sacrifices needed to look after her children and home. In short, “Would this woman make a good mother to my children?”

In summary set yourself a list of criteria for your ideal spouse. Make the effort to go to places where you might meet such a person. Don’t be discouraged by rejection or the perceived lack of availability, and above all pray.

Saint Josemaria used to advise people “to go to the protection of Saint Raphael: so that he’ll lead you, like young Tobias, to a holy marriage” (The Way, 360). As with anything important you have to make the effort to obtain it. Choosing a spouse is one of the most important decisions you will have to make in life! If you put in the effort, you will be rewarded.