Year of Saint Paul on the Opus Dei Website

From June 28, 2008 to June 29, 2009, the Church is celebrating a jubilee year dedicated to Saint Paul, for the two-thousandth anniversary of his birth. The Opus Dei website will offer a series of videos about the Apostle to the Gentiles.

In convoking the Pauline Year, the Holy Father invited Christians to go more deeply into the Apostle’s teachings, through “liturgical, cultural and ecumenical events, as well as pastoral and social initiatives, all inspired in pauline spirituality.”

The Opus Dei website will offer each month a video dedicated to Saint Paul and some of his teachings.

Professors from the Pontifical University of the Holy Cross will speak about marriage, work, identification with Christ, divine filiation, among other topics, in the writings of Saint Paul.

The Prelate of Opus Dei will introduce the series with a short video. Bishop Javier Echevarría sees this jubilee year as a “gift from the Holy Father” and expresses his desire that “all of us may assimilate more fully Christ’s teachings through the writings of the Apostle Saint Paul. We can draw a lot of fruit from reading his letters attentively and bringing them to our personal prayer.”

He also points to the influence Saint Paul had on Saint Josemaria, who “gave great importance to that affirmation of Saint Paul: mihi vivere Christus est , for me to live is Christ. That’s how he saw and lived his whole life.” 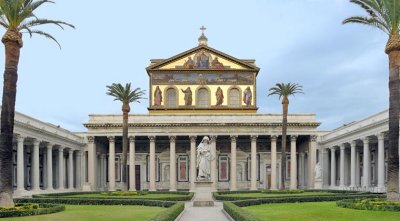 May : Saint Paul and Work

June : Saint Paul and the Eucharist