Under the Protection of Our Lady of Guadalupe

When the first women of Opus Dei went to Mexico to start their apostolic work, they did not hesitate in placing themselves under the protection of Our Lady of Guadalupe. Among them was Guadalupe Ortiz de Landázuri, who owed her name to this Marian apparition, whose feast day coincided with the day of her birth.

On 12 December 1916, Eulogia Fernández de Heredia gave birth to a girl, the fourth child in the family. As a sign of devotion to the Patroness of America, Eulogia and her husband, Manuel, decided to call the girl Guadalupe, or “Lupe” for short. Guadalupe was born in the family home, at 44 Valverde Street, which runs parallel to the commercial street Fuencarral in Madrid. She was baptized close to home in Saint Ildefonso parish on December 24th of that same year. There is a painting of Our Lady of Guadalupe in a lateral chapel of the parish.

A few years later, on 25 January 1944, Guadalupe went to meet Saint Josemaría de Balaguer for the first time,at the very first women's center of Opus Dei, on Jorge Manrique Street in Madrid. A picture of Our Lady of Guadalupe hanging on the wall did not escape her notice. She thought to herself about how she wanted a prayer card or a good picture of Our Lady, since all she had at the time was an image cut out of a newspaper. Guadalupe was 27 years old at the time and an inner conviction told her that God was asking her to give her life to follow a great ideal.

After a period of prayer and discernment, she asked for admission to Opus Dei on 19 March 1944. It was hard for her mother to accept her daughter’s decision, since Eulogia was a war widow and had counted on Guadalupe, her only daughter, to stay with her and care for her. Mother and daughter decided to bring their needs to the Virgin, so they made a pilgrimage to Our Lady of Guadalupe in Cáceres. Guadalupe jotted it down in her agenda: “April 12th, 1944: Pilgrimage to Guadalupe”. After the pilgrimage, Eulogia respected the decision of her daughter and allowed her to move into the house on Jorge Manrique Street, which she had visited for the first time a few months before. 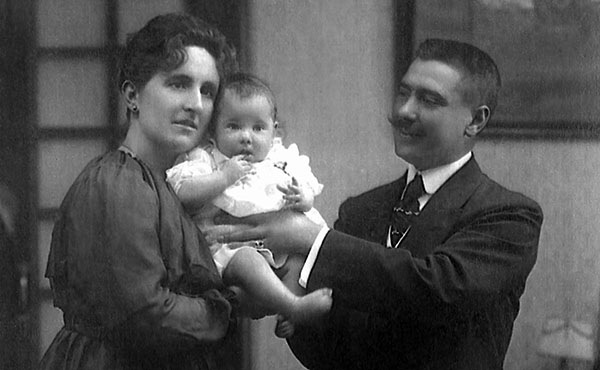 “At home” at last

In 1950, at the request of the founder of Opus Dei, Guadalupe moved to Mexico to begin the apostolic work there. Once again, the Patroness of America played an important role in her life. After being asked to go to Mexico, Guadalupe wrote a letter to Saint Josemaría in which she wrote “They told me about Mexico. Thank you, Father. I would be happy even if I didn’t go, and you know it, but I am so happy to go, even if I haven’t really stopped much to think about it. I dedicate just a few minutes in my prayer every day to Our Lady of Guadalupe, and also a part of the rosary, asking her for everything I don’t even know I need.”[1]

After months of preparation, Guadalupe landed in Mexico City, along with two other young members of Opus Dei, on 6 March 1950. “In the morning, we went to Mass at the Church of the Holy Spirit, which is on Madero Street, and then in the afternoon we went to the basilica of Our Lady of Guadalupe to place ourselves under her care. We asked for many vocations and for perseverance,” she wrote in some personal notes. Mago Murillo, one of the first Mexicans they met, wrote in her diary: “That day they made one of their most important visits: they went to pray in front of Our Lady of Guadalupe to entrust her with their hopes and their apostolic work, which would mark history, with an air of adventure which had just begun. Some students – which Fr. Pedro Casciaro, Counselor of Opus Dei in Mexico, had placed under the care of the recently arrived members of Opus Dei – joined Guadalupe and Manolita in their visit to the Villa, and then to the Sanctuary of Our Lady of Remedies, Patron of the city of Mexico. The joy of her first hours in America was made complete when she received a telegram from the Father (the Founder of Opus Dei), saying “Thinking with affection of my daughters.”[2]

Guadalupe immediately wrote a few words to Saint Josemaría: “On the day we arrived, in the afternoon, a few girls brought us to greet Our Lady of Guadalupe; how beautiful she is! We were there for half an hour but it went so quickly! I had so much to ask for. I think she heard us. Father, keep us in mind. We received your telegram that same day. Thank you. It’s the best thing we could get: knowing that you were thinking of our first steps in Mexico.” [3]

Shortly after arriving, they started working on starting a residence for university students on Copenhague Street, from which they took the name for the residence. They carefully prepared the room that would be the oratory, with a baroque altarpiece which depicted an image of Our Lady of Guadalupe. In June, they received a few words from Saint Josemaría, which began with “Dear daughters of mine, I see that Our Lady of Guadalupe blesses you and that the apostolate is taking root in those lands. Laus Deo!” Every 12 th of December, if she was able to, Guadalupe would go, along with one of the girls of the residence, to the Villa to greet Our Lady of Guadalupe. [4]

In 1956, Guadalupe participated in the second General Congress of the women of Opus Dei, which began on October 24 th in Rome. She did not return to Mexico afterward, since the Founder had asked her to stay behind to work in the Eternal City. But, she always kept a great love for Mexico, and a tender and strong devotion to Our Lady of Guadalupe. 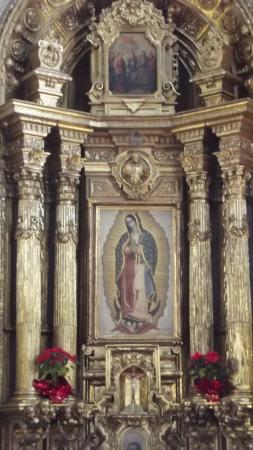 Mexico in the Heart

Years later, on the 1 July 1975, Guadalupe was admitted to the University Clinic of Navarre for a surgical intervention, due to cardiac problems she had suffered for a few years. The operation was successful and the recovery went much quicker than expected. When they authorized her to go for a walk outside the hospital on July 12th, she did not have to think twice about praying in front of the statue of our Mother of Fair Love on the campus. She put on an elegant dress, and prayed part of the rosary there. Two days later, however, she suffered a sudden decline in health and at dawn on July 16th, feast day of Our Lady of Carmel, she died in the University Clinic, at 59 years of age.

On the same day of her death, Rosario Morán, who had also lived for a few years in Mexico, wrote a short note to Mexico: “Guadalupe was the first in Mexico, but she continues and will continue to work actively there from heaven. I think of the enormous and efficient effort she made in her life to extend the Work there. Now I am certain that she will continue to ask Our Lord for a greater depth, a clearer light in self-giving. It is reasonable to think she will be in the heart of each one, because it is there, in the heart, that we find the root of self-giving – which is understanding and practicing charity. It is hard for us to separate our memories of Guadalupe from those of her heart”. [5]

This affirmation confirms Guadalupe’s own words. After a trip to Spain in 1951, one year after having arrived in Mexico, she recalled her experiences of the trip and her first impressions of Mexico. At one point, she could not hide her weakness and she exclaimed, “How beautiful is my land, Mexico, and my mother, Our Lady of Guadalupe! I love you even more from Spain!” [6]