Under the Guidance of the Fathers of the Church

We are beginning a new section on Opus Dei’s web page, with the publication of a series of texts from the Fathers of the Church, to help us grow in our faith and prayer life. 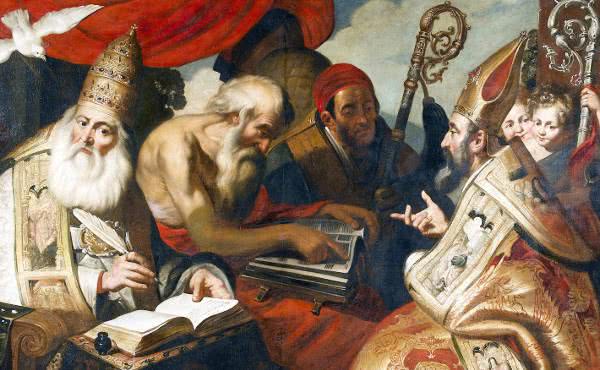 “Those saints are rightly called Fathers of the Church,” wrote Saint John Paul II in his Apostolic Letter Patres Ecclesiae, “who with the power of their faith and the depth and richness of their teachings, engendered and formed her during her early centuries.”

In the section Fathers of the Church, we will offer texts selected from Saint Augustine, Saint Ambrose, Saint Gregory the Great, Saint Basil, Saint Cyprian, Saint Cyril, Saint Clement of Alexandria and other Church Fathers. As Saint John Paul II said in Patres Ecclesiae: “the Church never ceases returning to the writings of the Fathers, with their deep wisdom and perennial youth, and continually renewing their memory."

The first passage, from Saint Augustine of Hippo, is now available here.

The purpose of this collection is to help us become more familiar with Fathers of the Church and, through brief selections from their writings, to grow in our prayer life and delve more deeply into the spiritual riches of the first centuries of the Church.

Why they are called “Fathers”

These thinkers were nourished by Sacred Scripture, the letters of the first Christians, and the tradition of the nascent Church. They all lived between the 1st and 6th centuries, and contributed in a decisive way to a deeper understanding of Christian doctrine.

In ancient times, the word “father” was used for a teacher, and in both Scripture and in the life of the early Church, teachers were viewed as fathers of their students. Since the teaching of the faith was entrusted to bishops, many of them came to be called “Fathers,” a title extended to other Church writers during the first six centuries of Christianity. The Fathers of the Church are teachers who strengthen Christians in their faith in Christ.