A custom that started at Warsaw's Zagle school, begun under the impetus of Bishop Javier Echevarría, has now spread all over Poland and will involve more the a million people this year. 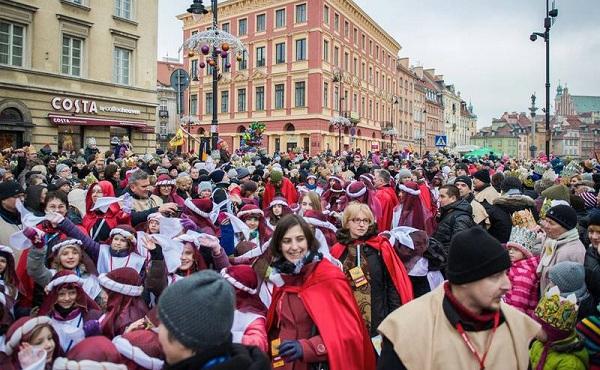 The Zagle school is an initiative that began in Warsaw almost fifteen years ago, under the impetus of Bishop Javier Echevarría, Prelate of Opus Dei. Families are a key element in the life of the school. And since in Poland the custom of singing Christmas carols in the family is quite strong, when the school was still small it was natural for families and teachers to get together to sing them.

Soon, a theatrical representation of the birth of Christ and the adoration of the Wise Men also started. After two years, this had to be moved to a small theater, which soon proved too small as well. They decided to move outside, and thus over 300 people took part in the first Three Kings’ Procession, which now has become an annual event in Warsaw. 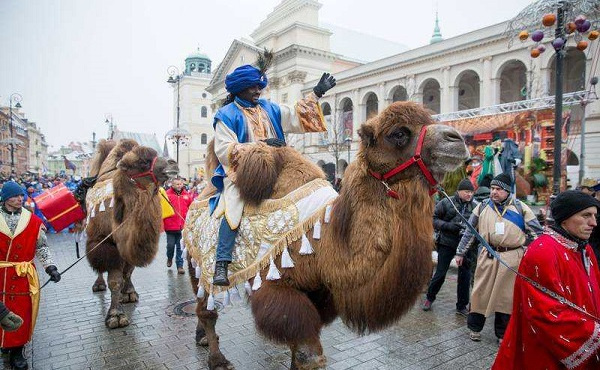 The following year, other cities such as Krakow, Szczecin, Gdansk, Poznan and Wroclaw, where there are educational initiatives similar to Zagle, did not want to be left behind. And in recent years many other cities and towns around Poland have joined in this initiative. A website for Polish tourism provides some details:

“Starting in 2011, Polish towns and cities have been host to the Three Kings’ processions that combine a family nativity play with a parade of carol singers, Herods, devils and the Three Wise Men from the East. The first such procession took place in Warsaw in 2009 and was an expanded version of the nativity play staged at the Żagle school. Following the Polish President’s decision to make Epiphany an official non-working public holiday in 2011, the initiative was endorsed by Poland’s five major cities: Szczecin, Gdansk, Poznan, Krakow and Wroclaw. Local authorities and Church officials are patrons of the parades. Over a hundred cities are expected to join the initiative this year.

“Towns and cities try to outdo each other in making their pageants as elaborate and big as possible. If you happen to visit the tri-city of Gdansk, Sopot and Gdynia on Epiphany day, don’t miss out on the thematic scenes that will be showcased along the procession route. They will include a Dialogue with God’s Angel and Herod’s Court. What is more, the parade in Gdynia will be joined by real soldiers. In Warsaw one of the Three Kings rides on camelback. To make the Krakow procession even more magical, colourful devils encourage participants to stray away from the route, while angels encourage people to visit the crib at the Market Square. The crib features Krakow families with their newborn babies posing as the Holy Family.” 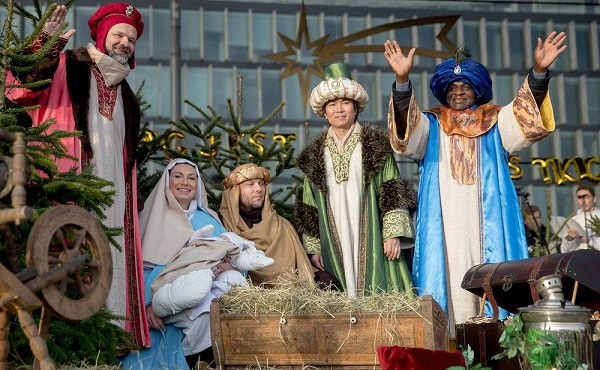 Saint Josemaría invited us to contemplate the scenes in the Gospel by entering into them with our imagination, and to become another character in the scene. These processions of the Three Kings now help thousands of people to appreciate the journey of the Wise Men from the East to adore the newborn King.

In 2019 more than a million people will take part in these processions all over Poland. 300 thousand songbooks have been printed with Christmas carols. The state television channel will also offer an hour of coverage of these parades in a number of different cities.

In some years, both Benedict XVI and Francis, when praying the Angelus, have greeted and given their blessing to participants in this event. The president of Poland has also attended with his wife, since the Warsaw procession passes near his residence. 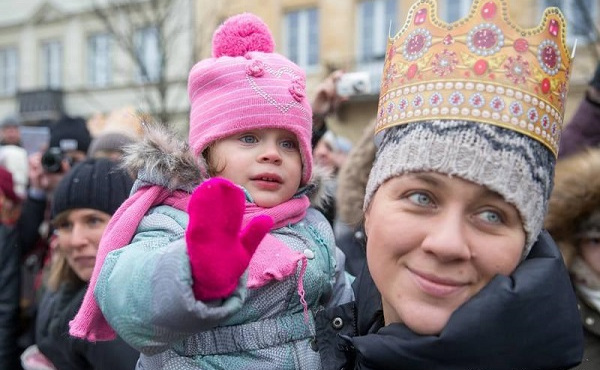 This initiative has allowed schools, associations of parents, clubs and parishes to work on a common project. The preparation helps many people to get to know each other and do something fun and creative together with their children and their friends. There is usually a central meeting for organizers from all over the country and then a gala afterwards to thank those who have helped out. Obviously, the internet facilitates communication and helps resolve many doubts.

The Orszak Trzech Króli Foundation is the official organizer of this event. It tries to ensure that the parades maintain a Christian tone and don't become overly commercialized. It helps raise funds, and orders banners, key rings, books, costumes and crowns, sometimes from as far away as China. It even offers insurance for those who want to have a procession in their town. 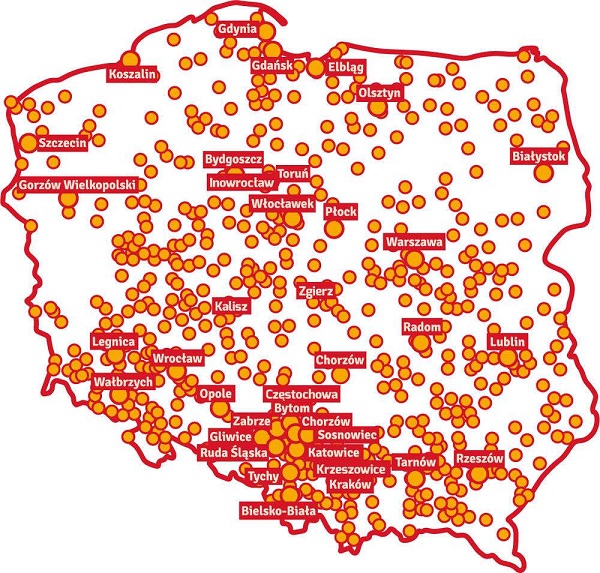 In many Polish cities, at the beginning of the procession the local bishop prays the Angelus and says a few words, and then accompanies the participants in the parade. As the procession is taking place, those watching along the street sing the Christmas carols that many know by heart.