“The sacraments are the footprints of Christ on earth”

Bishop Javier Echevarría concluded his North American pastoral visit this week, telling 2500 members and friends of Opus Dei gathered in Houston that the sacraments are “a great help” for becoming holy “in the events of our ordinary life.”

“Wherever we are – in our workplace, family life, social relations, resting – we can seek to sanctify these activities, ourselves, and those around us,” said the prelate of Opus Dei. “The sacraments are our great help in this task. They are the footprints of Christ on earth. He is here with us; we are not alone. We have the sacraments, especially confession and the Eucharist.”

The gathering took place on September 28 at the Grand Plaza hotel, next to the Texans football stadium. It was the final event of a pastoral visit to the U.S. and Canada that began on September 11 in New York, and included stops in Montreal, Toronto, Vancouver, and San Francisco.

In his remarks, Bishop Echevarría encouraged everyone to pray for the Pope, something he has done in every venue of his trip. “The church is a family: not a single day should pass without praying for our father the Pope. You can see the measure of love that he has for the Church. Pray that we will all be united to him.”

The Prelate also spoke about the importance of purity, another theme he has touched on several times during his pastoral trip. “We cannot confuse freedom with license; we cannot be like animals,” he said. “Our situation today is like that of the first Christians, in pagan Roman society. We must face it with faith and courage and good example, and not be swept along by social currents contrary to the dignity of the person.”

Bishop Echevarría took several questions from people at the get-together. In response to one, he told a story about a deaf lady who went to confession, and eventually realized there was no priest in the confessional. “She came out laughing at herself and her condition. The next day she returned to the Church and a young lady approached her and thanked her. Her smile as she came out of the confessional had given the young lady the courage to go herself.” 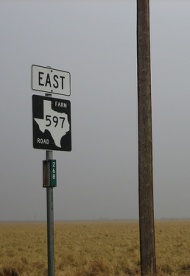 Another person asked the prelate about family planning. “We cannot judge anyone,” he answered. “But at the same time, we can be clear about the general principle: marriage is for children. Couples should know that they participate in God’s creative power. Be open to life, open to love, open to love those that God sends. To have children is more loving than to have more cars, TVs, or games. To have children leads to generosity, where love of God is cultivated. God will always provide.”