The Vicar General of Opus Dei, Monsignor Mariano Fazio, who is taking part in the Synod of Bishops for young people, spoke with Vatican News about his impressions. 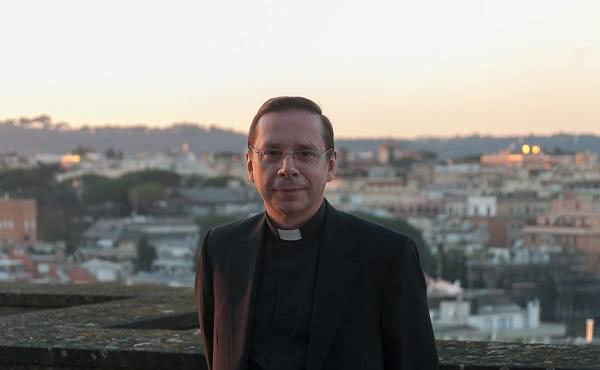 "Young people need to be listened to, accompanied, understood and also guided." With these words, Monsignor Mariano Fazio, Vicar General of Opus Dei, offers a reading of the needs of today's youth, emphasizing what will be, as he puts it, one of the "iconic words" of the Synod: listening. But it's not just about "hearing," he stressed. "To hear is just to register the noise of words. It's about listening with empathy, trying – as Cardinal Newman said – to establish a heart-to-heart relationship ... It's about listening so as to offer suggestions and guidelines."

Monsignor Fazio spoke about how, during the Synod, there has been an emphasis on Jesus as "being young amidst the young." "Jesus," he says, "knew how to listen to all his contemporaries, and in particular, to the young."

“In the Synod, there has been a lot of talk about the scene of Emmaus, the Lord who comes to encounter people who were disoriented, and the young people whose heart is filled with enthusiasm just by coming into contact with Jesus. Jesus listens to them, but he also offers specific suggestions: he advises that they go to the Scriptures; he offers them the content of his merciful Love. I think young people need this especially today: to be very close to Jesus and to listen with an open heart to the proposal He makes, which is a proposal of Love."

The importance of accompaniment

In this month of October, Pope Francis has invited everyone to pray the Holy Rosary with special devotion, asking Mary “to help the Church during this time of crisis,” when the Church's wounds have appeared with special intensity, in order to “repel the attacks of the devil that aim to divide her."

Asked about young people who walk away because of these scandals, Monsignor Fazio stressed that "it's not just young people: any person of good will is scandalized at seeing the presence of sin in the Church ... These are moments to live by faith, because the Church is fundamentally a divine institution; the most important thing in the Church is how God acts, not how we act. But we have to make an act of contrition, to ask for forgiveness, to walk along paths of conversion so as to show others the marvelous reality of following Christ, which unfortunately we are not showing clearly today because of so many sins in the life of the Church."

To recover the trust of those who have left, Monsignor Fazio says that while one of the key words of the Synod is "listening," the other one is "accompanying." "We have to accompany young people. The one accompanying needs to be a person identified with Christ, who tries to bring young people into relation with Christ. We need to disappear, to stop being the protagonists, and rather become instruments for young people to find Christ again. If they see Christ in the people who accompany them, I think we can recover the trust that has been lost in the institutional Church.”

“One of the things I am learning in this Synod," Fazio says, "is the diversity of situations in which young people find themselves today. It is moving to listen to bishops from the Middle East about the persecution they are suffering; and to those from Africa, where they are experiencing unprecedented violence; and to those from the more developed countries, where the people live amid a society of well-being and comfort, but who seem to be suffocating in an atmosphere of materialism that lacks any spiritual content."

Monsignor Fazio concluded with his hopes for this Synod: “I hope that we learn how to listen more, how to accompany better, and that we renew our apostolic zeal to reach not just those young people who have the gift of faith, who have been baptized, but also, as our Lord said, that we reach to the ends of the earth, with renewed enthusiasm, closely united to Jesus."