Meditating on the seven sorrows and joys of Saint Joseph is a traditional way in the Church to get to know the Holy Patriarch better. 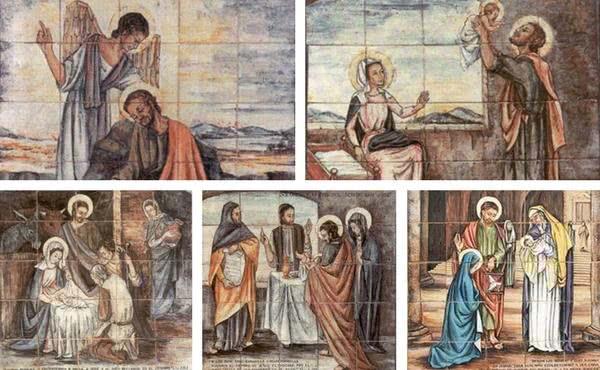 First sorrow: When his mother Mary had been betrothed to Joseph, before they came together she was found to be with child of the Holy Spirit (Mt 1:18).

First joy: An angel of the Lord appeared to him in a dream, saying, "Joseph, son of David, do not fear to take Mary your wife, for that which is conceived in her is of the Holy Spirit; she will bear a son, and you shall call his name Jesus" (Mt 1:20-21). 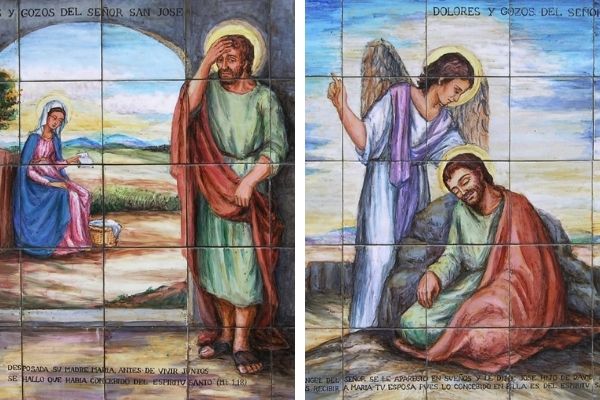 Second sorrow: He came to his own home, and his own people received him not (Jn 1:11).

Second joy: They went with haste, and found Mary and Joseph, and the babe lying in a manger (Lk 2:16). 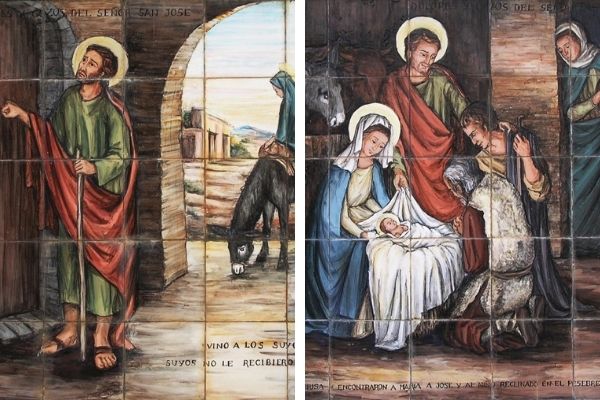 Third sorrow: At the end of eight days, when he was circumcised, he was called Jesus, the name given by the angel before he was conceived in the womb (Lk 2:21).

Third joy: She will bear a son, and you shall call his name Jesus, for he will save his people from their sins (Mt 1:21). 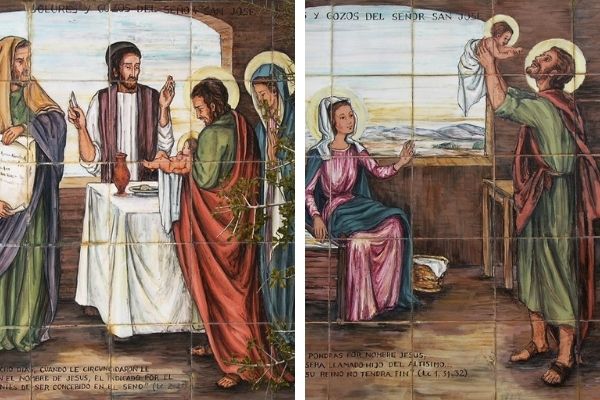 Fourth sorrow: Simeon blessed them and said to Mary his mother, "Behold, this child is set for … a sign that is spoken against … that thoughts out of many hearts may be revealed" (Lk 2:34-35).

Fourth joy: For my eyes have seen thy salvation which thou hast prepared in the presence of all peoples, a light for revelation to the Gentiles (Lk 2:30-32). 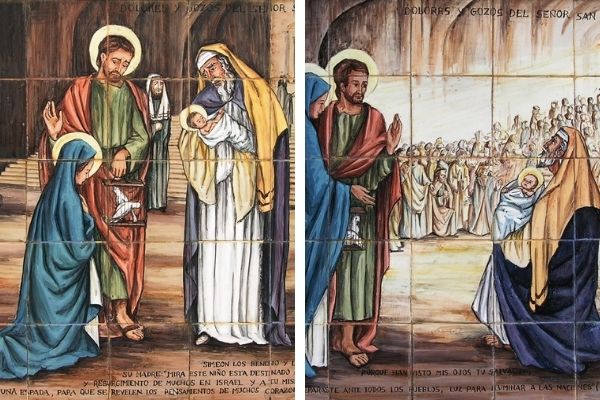 Fifth sorrow: An angel of the Lord appeared to Joseph in a dream and said, "Rise, take the child and his mother, and flee to Egypt, and remain there till I tell you; for Herod is about to search for the child, to destroy him" (Mt 2:13.

Fifth joy: And he remained there until the death of Herod. This was to fulfill what the Lord had spoken by the prophet, "Out of Egypt have I called my son" (Mt 2:15). 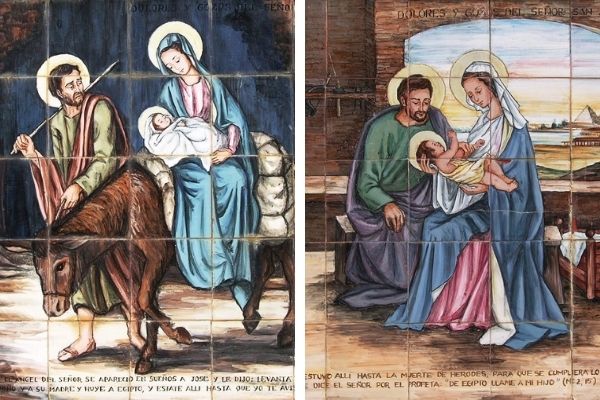 Sixth sorrow: And he rose and took the child and his mother, and went to the land of Israel. But when he heard that Archelaus reigned over Judea in place of his father Herod, he was afraid to go there (Mt 2:22).

Sixth joy: And he went and dwelt in a city called Nazareth, that what was spoken by the prophets might be fulfilled, "He shall be called a Nazarene" (Mt 2:23). 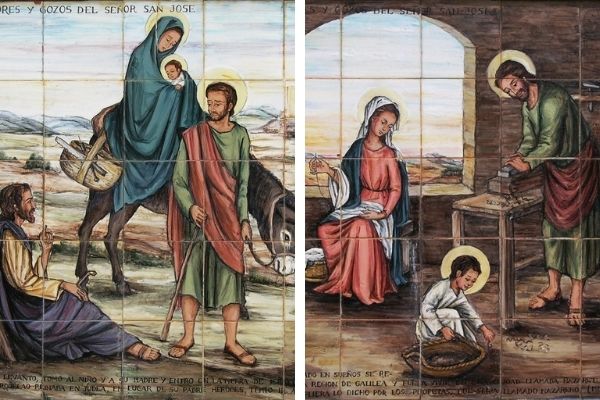 Seventh sorrow: They sought him among their kinsfolk and acquaintances; and when they did not find him, they returned to Jerusalem, seeking him (Lk 2:44-45).

Seventh joy: After three days they found him in the temple, sitting among the teachers, listening to them and asking them questions (Lk 2:46). 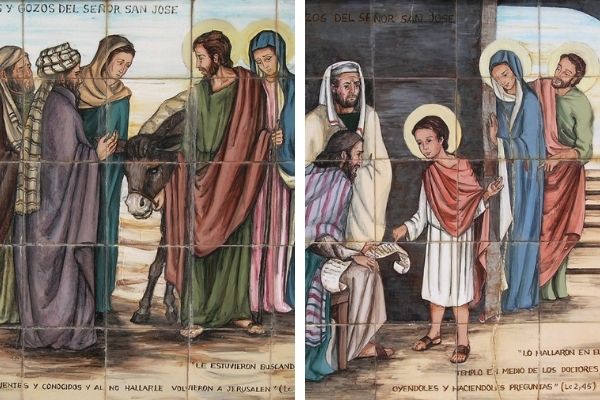