Giorgio works in the dairy industry in Italy. Married and with five children, the art of cheese-making for him is a bit like a “proof” for God’s existence. 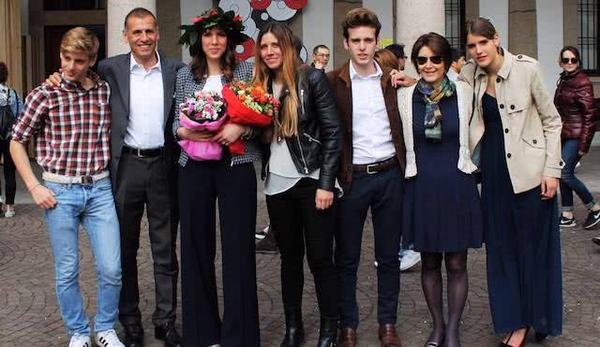 Giorgio (second from the left) with his family.

Giorgio has worked in the food industry for many years. He met his wife Montse when trying to climb over a wall at their high school. They now have five children: Lucia, Chiara, Giacomo, Maria and Francesco. At the end of the 80’s, he obtained a diploma as an “agricultural expert” and began to work for his uncle, who had a dairy company: “That’s where my business experience began.”

“After a while,” he continues, “I decided to start out on my own, because my uncle and I had different professional viewpoints and I was afraid that this would influence our personal relationship. I had received several jobs offers in the dairy industry, but so as not to have to compete with my uncle, I went into the sausage business, and only after ten years did I decide to go back to making cheese.”

Opening up a path

“A company that resulted from the merger of several smaller companies contacted me to offer me a job as commercial director, and I accepted.” He helped increase the volume of business and the company’s prestige. But one of the majority shareholders had a falling out with Giorgio: “Obviously he had his reasons,” Giorgio recalls, “but I didn’t agree with him, so I resigned before they fired me. We already had five children and the situation was quite difficult, but even so I decided to trust my professional ‘hunch.’ Before I made that decision, I had discussed it with our Lord.” A few months later, the company Giorgio had recently left was split into two.

After resigning Giorgio began working exclusively for a smaller company. He thought it would be better to reduce his income level to improve his quality of life. “Working for a small company has allowed me to spend more time with my family,” Giorgio says. 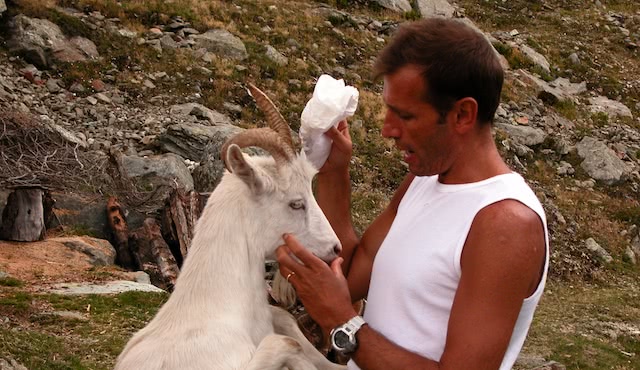 How does Giorgio explain his passion for cheeses? “I really like the art of cheese-making. For me it’s a bit like a ‘proof’ for God’s existence. It is an art like poetry, music, novels. It is the art of removing the superfluous: if you remove the water carefully from the milk it becomes cheese. And with the same raw material you can travel hundreds of different paths with beautiful results.”

Today, both Giorgio’s uncle and the two companies that were created as a result of the split are his clients: “I’ve learned that in this type of work you should never slam the door when you leave. First, because you never know if you are right or not, and second, because you don’t want to miss out on good job opportunities that may arise in the future.”

Without love for your neighbor you can’t sell a pin

The ability to sell the product and the passion for what is sold need to go hand in hand: “Part of my job is marketing, but I can’t separate this from my love for the people I want to sell to and for the product I sell. I recently saw a Tom Cruise movie, Jerry Maguire, in which a character says: Without love for others, you can’t sell a pin. That’s really true, and that’s what I try to convey to the people I have to train.”

Part of Giorgio’s job is to train salesmen who offer their products to companies: “Since I often have to spend several hours with the same person, it can happen that we soon may move on to a more personal conversation and end up talking about God.”

“I once left my company car parked in front of the church I was going to, and I forgot to put the parking brake on. The car slid and a small collision took place. My boss was angry at first, but when I told him that I had parked there to go to weekday Mass he forgave me right away,” Giorgio says with a smile.

Talent is a gift, but success comes only from working hard each day. Working not merely out of a mere desire for personal fulfillment but out of love. As Saint Josemaria said: “Work is born of love; it is a manifestation of love and is directed towards love” (Christ is Passing By, no. 48).

When Monsignor Fernando Ocáriz made a pastoral trip to northern Italy, Giorgio and his family had the opportunity to greet him, and of course they gave him some cheeses: “Before giving them to him, I told him that the cheeses could have a bad smell. The Prelate looked at me and said: ‘That's what makes them so good!’”