For the feast of Saint Joseph on March 19, we offer recordings of Saint Josemaría’s remarks about the Holy Patriarch in several get-togethers in Latin America and Spain, with a transcription in English. 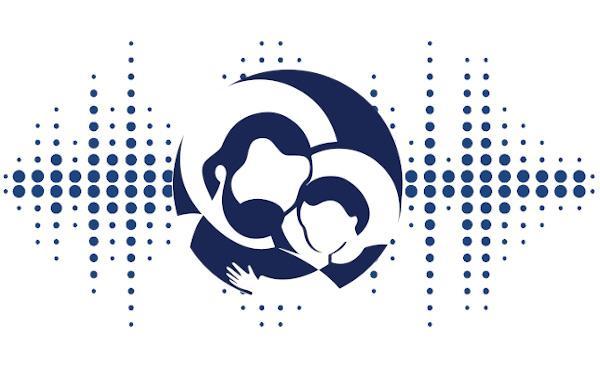 Transcription in English of Saint Josemaría's remarks about Saint Joseph:


Saint Joseph has great influence with holy Mary. He was her husband – he is her husband. He is the person who best knew our Lady and who loved her the most, apart from her Son, God our Lord. And it is Saint Joseph who interacted most closely with God. Therefore, if you want to go to our Lady, go to Saint Joseph and he will take you by the hand and lead you to her (Get-together in Spain, November 1972).

Saint Joseph, my son, is the most excellent human creature after holy Mary. It doesn’t matter that our Lord paid all those compliments to the Baptist: there’s no contradiction. He loves Saint Joseph very much; and we love him very much in Opus Dei, because from all eternity our Lord chose him to take on the role of his father. He looked for a young man, strong and marvelous in soul and body, hardworking, with all the virtues; someone who, while having royal blood, didn’t feel humiliated to dedicate himself to manual work each day, who taught Jesus so many things and protected him when a child. In the breviary and in the readings that the Church recommends before and after celebrating Mass, there are prayers that speak about Saint Joseph’s love for the Child, how he would embrace him, how he would kiss him... As you do with your children. Are you the father of a family?

- God bless you, my son. Well, look at your wife’s tenderness and your own. Think of Saint Joseph: how could we not love him, since we want to have interior life? Interior life is getting to know Mary and Jesus; getting to know God and the Mother of God. Who has known God and God’s Mother better than Joseph, the Holy Patriarch? No one! That’s why we love him so much and go to him. And then, because his intercession is so powerful... (Get-together in Tabancura, Chile, July 2, 1974).

Certainly God, when he chose his Mother from all eternity, also thought of the man who was to act as his father. And if he filled his Mother – because he could, and it is fitting that he did so – with all graces and privileges… Well then, right after his Mother, he must have given great graces to his father.

God, who gave us our heads to think with, said to himself: “These great theologians (this one here, for example, since you spoke like a theologian) will later say, after coming to realize it on their own, what I don't need to have them put in the Gospel.” And Saint Joseph, though he is such a marvelous person (in my opinion he comes right after our Lady), disappears in the Gospel. We see him for a moment and then he disappears, so that we will learn to be humble, even when we have so many good qualities like those you and the others listening to me here have (Get-together in Alameda, Chile, July 4, 1974).

He must have had an extraordinary authority. Then, poverty... They were poor, but they were relatively poor. Would you allow me to tell you that owning a little donkey at that time must have been a sign of a certain degree of prosperity? That is, Saint Joseph worked to have a good house. A donkey was like having a basic (I don’t know what you call it here) a cheap car. A donkey was Jesus’ throne in Jerusalem, but... it seems very modest to us.

Let’s go back to Saint Joseph, my son. Thank you for the compliments you have paid to the Holy Patriarch Saint Joseph. You are right. It is hard to understand how he goes so unnoticed, but the Church has begun – especially since the sixteenth century – to have great devotion to him. I have a strong devotion to him and spread it as much as I can. I try to say everywhere I go that, after Jesus and Mary, we should love Saint Joseph very much, also because of his humility; because he hides his great authority. Jesus was subject to him; and Mary would show him the same deference. Because she would do at least what your wives do, who say: “This should be done because my husband wants it…” But the Mother of God would do this out of love, out of perfection, out of virtue; she would show great veneration for the head of the house.

Love Saint Joseph a lot, he is truly powerful. And then, if you want to have interior life... Interior life is getting to know God; and no one has known God our Lord and the Mother of God more intimately than Saint Joseph. When you make me repeat this every day, in these get-togethers, I am happy. I invoke him frequently, many times throughout the day. I don’t mind saying it. If I can be of service to you in this, even if only in this... In other things don’t pay attention to me: you won’t find anything but my own mistakes; but in this, yes. I have such great affection for Saint Joseph. And I call him my Father and my Lord. I see that you have the same madness.

It is easy to admire this marvelous person, who has to carry out a divine mission on earth and who knows how to hide himself. We contemplate Mary beside our Lord and admire her power, because she prompts Jesus to perform his first miracle. Just by pointing out the need for more wine – an indication, a suggestion – “fecit initium signorum” the evangelist says, “the Lord began to work miracles.” Joseph doesn’t appear there. Probably by the time of our Lord’s Passion, Saint Joseph was already in Heaven. Or at least waiting to go to Heaven when his Son’s Resurrection took place. Is that clear? We won’t go further here, because the Church has not said anything about it. I have my own view, which I keep quiet about. A view that is always subject to the Church’s judgment. But I don’t think the Church, now or in twenty centuries, will say anything specific about this, because there’s no need to. So you, with your affection for Saint Joseph, should endow him with every preeminence (Get-together in Alameda, Chile, July 4, 1974)

My children, may you have in your heart burning desires to make reparation for your sins, for mine and for those of the whole world. Go to our Lord with great trust; go to his Mother, like a small child goes to his mother on earth, knowing that our Mother in Heaven loves us much more. And go to Saint Joseph. Love him more and more each day. I have lost my shame, and I tell them with a child’s shamelessness: “Jesus, Mary and Joseph, may I always be with the three of you.” Quite a prayer, isn’t it! But I say it with love… and I find myself beside these three powerful persons (Get-together in Altoclaro, Venezuela, February 12, 1975).

You have to realize what he was in his time: a Patriarch, with all the authority he had, which God himself and the Mother of God always acknowledged. I am captivated by his purity, by his love for work, his courage, his obedience to divine indications... (Get-together in Ciudad Vieja, Guatemala, February 18, 1975)

I am practical, also in my piety. Saint Joseph brought forward the family of Nazareth, and he will do the same for yours. Find a small image of Saint Joseph and have devotion to him; piously light a candle to him from time to time, like our mothers, like our grandmothers did: all the old devotions are up-to-date, not a single one is out-of-date. Putting into practice what I have just told you, when I get back to the house where I am living here, I will find an image of Our Lady that they have arranged very beautifully, and another of Saint Joseph. And I will say some loving compliments to the Mother of God, and light three candles to Saint Joseph on your behalf (Get-together in the Coliseo Theater, Argentina, June 26, 1974).