Restoring Hope to Prisoners Through Rugby

Esteban Viñas, a judge in Argentina, oversees a program that tries to restore hope to young people in prison by teaching them human virtues based on the sport of rugby. 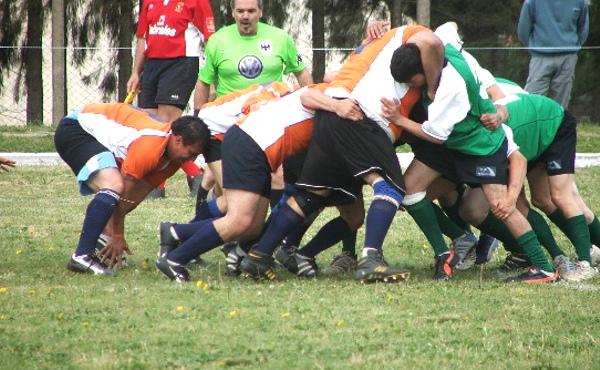 Esteban Viñas, 54 years old and father of 4, is an ex-player and coach of rugby junior league and judge on the Court of Appeals in Mar del Plata, Argentina. He is convinced that love is fundamental to transforming the lives of prisoners and helping them to set out on a path of hope.

He asks: “How do you explain to your son that you need to assist prisoners even after thieves have entered your home and pointed a gun at your wife? What do you tell your children when they ask you: ‘Papa why are you helping this person?’ The only answer is to tell them that we are all capable of the worst atrocities, and that we have to be thankful for our family, for the education and the opportunities we have received, and that we should show our gratitude by helping those who haven’t had these opportunities.”

With the assistance of the NGO “Change of Pace,” Esteban Viñas seeks to help young inmates in Batán prison, through rugby, work and study, to learn not only the virtues needed to get along with others in society, but also to have hope in the possibility of a new life. “We aren’t trying to make them professional rugby players,” says Esteban, “but rather to teach them to confront the circumstances of life as in rugby: with respect for other people.” 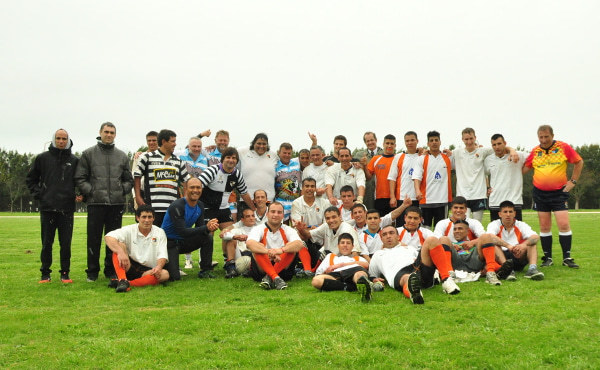 Below is an interview with Esteban Viñas about his work in the prison:

Why did you choose rugby as important for your work in the prison?

Rugby is a special sport. It involves a lot of physical contact but also has very clear rules as to what is allowed. From the first day the coaches play with them and try to help them realize that we are all equal, that no one is more important than anyone else. Leadership has two key elements: example and service. They learn to feel useful, with each one learning his role. And they come to realize that they can provide help to others, which is healing in itself, since these young people often didn’t realize it was possible to do good to others. We teach them that, if you fulfill your role, you provide a service to your whole team. Feeling useful has a transformative value.

Of the 150 inmates who play rugby, 60 live in what we call the “hall of respect,” a unit with distinct characteristics: they sleep and eat together, and they themselves are responsible for discipline. When someone doesn’t work or train, or brings in alcohol or drugs, they themselves sanction that person. They are obliged to train every day, except Sundays, and to study and work. They are the ones who set the rules, and the first rule is to always say “please” and “thank you.” In the prison itself that is unimaginable, and is seen as a sign of weakness.

Santiago Valenza, one of the young fellows in the program who has now been released, confided to me: “This program had me in mind; it gave me hope, because when I entered I lost the will to live. Rugby gave me back the desire to be someone; I began to feel part of something bigger than myself, and I wanted to improve.” 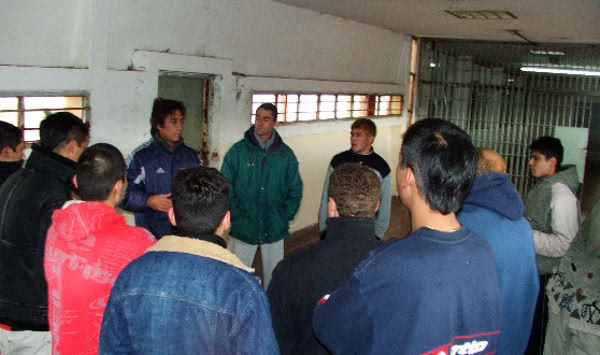 What role does faith play in the work of “Change of Pace”?

The program incorporates many Catholic elements, but both Catholics and evangelicals are involved, as well as many young fellows who aren’t even baptized. In 2011, the inmates built a shrine dedicated to Our Lady of Rugby. There is a chaplain who visits them, and we also try to provide them with what they need. A good number have been baptized and received the sacraments. All this happens thanks to the help of specific people who come to lend a hand; they realize there are many people in the prison who need their assistance, and they do it as a work of mercy.

Why do you refer to “Change of Pace” as a work of mercy?

“Chance of Pace” tries to help people who have become “depersonalized” to acquire a stronger identity. When we make mistakes, we get off the right path, we become “dehumanized” a bit and lose our identity. It is a work of love to help someone who has taken the wrong path to get back on the right track. Only by recognizing the worth of each human being is this work possible. 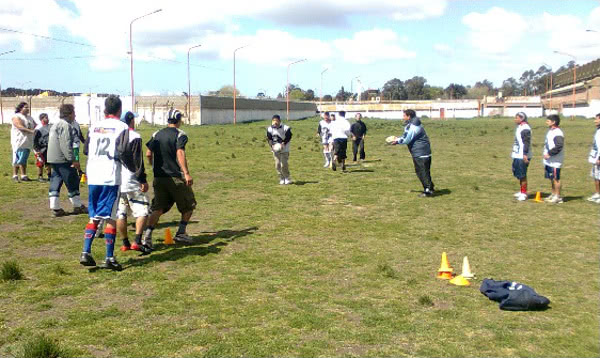 What inspired you to undertake this project?

I was inspired by the words of a saint. Saint Josemaria Escriva encouraged us to serve one another; he said that when we meet those who need us, we shouldn’t turn a deaf ear to them and ignore their needs. Some words of his that I have read many times have helped me a lot: “Be convinced that justice alone is never enough to solve the great problems of mankind. When justice alone is done, don’t be surprised if people are hurt. The dignity of each person, who is a child of God, requires much more. Charity must penetrate and accompany justice because it sweetens and deifies everything, since God is love” (Saint Josemaria, Friends of God, no. 172).

Tell us about “Change of Pace.”

“Change of Pace [Cambio de Paso] is a non-profit association whose goal is to assist those who have committed crimes to re-integrate in society, trying to ensure that they do not return to a life of crime when they leave prison. It is an interdisciplinary work in the prison that involves training in and playing rugby, studying, apprenticeship in a trade and work practice, and on leaving the prison, ongoing job training and a continued link with rugby.