Alvaro del Portillo died on 23 March 1994. Here is an extract from a letter he wrote on 2 February 1985, at the beginning of Lent. 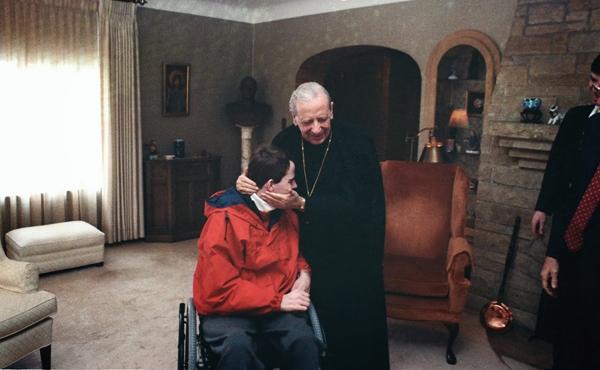 Soon Lent will begin, a time the Church dedicates to purification and penance, in remembrance of Christ's forty days of prayer and fasting to prepare for his public ministry. During the upcoming weeks, faithfully following the spirit of the Gospel, I would like all of us (including those who share in the warmth of our spirit) to truly decide to follow our Lord's recommendations, found in the liturgy of the Mass for Ash Wednesday (cf. Mt 6:1-6, 16-18). There we are invited to increase our fasting, prayer and works of charity (the three penitential practices par excellence), doing so with an upright intention and joy, beseeching God that as we take up battle against spiritual evils, we may be armed with weapons of self-restraint (Collect for Ash Wednesday).

Lent is an urgent call to be on guard against the deceits of the Evil One, by employing the weapons of prayer and penance. Using words of our Father [Saint Josemaria], I have often reminded you that "the devil doesn't take vacations." He never lets up in his determination to distance souls from God. And you can readily see how abundant his harvest has been: millions of people prey to an insatiable hunger to go astray, who forget their eternal destiny. A wave of hedonism, an unbridled search for pleasure, whatever its form, is flooding the entire world, among poor and rich, men and women, young and old, and even children. With God's grace, we need to give our colleagues, friends and relatives strong and generous witness of temperance and self-restraint, of austerity in the use of earthly goods and moderation in food and drink. At stake is the authenticity of our vocation and the reality of our service to the Church, since those who allow themselves to be captured by the attractions of material goods lose their apostolic effectiveness in the battle for the glory of God and the salvation of souls that we are waging . . . .

Never lose sight of the fact that the example of a temperate life gives rise to the bonus odor Christi (cf. 2 Cor 2:15), the good aroma of Christ that draws others. Many people, young and not so young, are fed up with their empty and soft life, without human or supernatural meaning. The example of our life of self-giving, the atmosphere of our Centers and homes—an atmosphere of cheerful austerity, being both demanding and understanding with others—is like a magnet that attracts the noblest people, those who are most sincere, most eager to do great things. And these are the people God freely chooses to need, to reach all mankind (we are interested in all souls), with our efforts acting as a leaven on the mass (Letter, February 2, 1985).