Pope Francis has authorized the Congregation for the Causes of Saints to issue the decree approving a miracle attributed to the intercession of Guadalupe Ortiz (1916-1975), a member of Opus Dei. 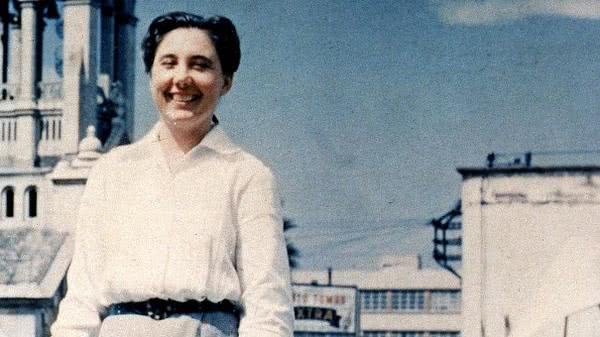 Rome, 9 June 2018. Yesterday afternoon, Pope Francis authorized the Congregation for the Causes of Saints to issue the decree approving a miracle attributed to Guadalupe Ortiz (1916-1975), a member of Opus Dei. The Holy Father also authorized the decrees relative to the causes of canonization of Blessed Nunzio Sulprizio, and the Venerables Concepción Cabrera, Enrique Angelelli and fellow martyrs in Argentina.

Upon hearing the news, Monsignor Fernando Ocáriz, prelate of Opus Dei, commented, “The life of Guadalupe helps us see how giving oneself entirely to the Lord, responding with generosity to what God asks of us in each moment, allows us to be very happy here on earth and later in Heaven, where we will be happy forever.

“I ask the Lord that the example of Guadalupe will encourage us to be courageous so as to face the big and small things of daily life with enthusiasm and a spirit of initiative, to serve God and others with love and joy.”

The miracle consists of the instantaneous cure, in 2002, of Antonio Jesús Sedano Madrid, who at 76 years old was suffering from a malignant skin tumor next to his right eye.

One night, a few days before an operation was to remove the tumor, Antonio sought the intercession of Guadalupe Ortiz, asking with faith that the surgery could be avoided. The next morning, the tumor had completely disappeared. Subsequent medical examinations confirmed the cure.

Antonio Jesús Sedano Madrid died twelve years later, in 2014, of heart disease. He was 88 years old. The skin cancer, from which he was cured through the intercession of Guadalupe Ortiz, never appeared again.

In an interview, the postulator of the cause, Fr. Antonio Rodríguez de Rivera, describes Guadalupe as “a woman in love with God, full of faith and hope that, with her work and optimism, helped others in their spiritual and material needs. Her cheerfulness characterized everything she did, even in the most difficult situations.”

A Biographical Sketch (30-minute documentary on Guadalupe is available here)

Guadalupe was born in Madrid, Spain, on the feast of Our Lady of Guadalupe, 1916. She studied chemistry in Madrid’s Central University. There were only five women in her class. During the Spanish Civil War, she comforted her father, who was in the military, in the final hours before his execution. She forgave those responsible for his death from the very first moment. After the Spanish Civil War, she graduated and began to teach physics and chemistry in the “Colegio de las Irlandesas” (Loreto Nuns High School) and in the Lycee Francaise (French State High School) in Madrid.

Early in 1944 she became acquainted with the founder of Opus Dei, Saint Josemaría Escrivá, through a friend. Saint Josemaría taught her that professional work and ordinary life can be places for finding God. She would later say: “I had the very clear idea that God was speaking to me through that priest”. In that same year she asked for admission in Opus Dei.

From that moment onward, Guadalupe would live this dedication unconditionally, with a refined fidelity to Jesus Christ, whom she sought in a special way in the Eucharist, striving for holiness, with a zeal to serve and to bring many people close to God. In Madrid and later in Bilbao, as a first priority, she attended to the Christian formation of young people.

From 1950 to 1956, she lived in Mexico to get Opus Dei’s apostolic work started. Those who came to know her there recalled that her priority was to fulfill God’s will and that she was constant in her zeal to help each person. Moved by Guadalupe’s encouragement, many of her friends began to work for the common good, starting human and Christian initiatives such as training centers for peasants in rural areas in the state of Morelos.

In 1956 she took up residence in Rome, Italy. There she collaborated with Saint Josemaría in the internal government of Opus Dei. After two years she returned to Spain for health reasons where she resumed her work of teaching and research. She finished her doctoral thesis in chemistry, and was also one of the pioneers of the “Centro de Estudios e Investigación de Ciencias Domésticas” (CEICID) (Center for Studies and Research of Domestic Sciences). At the same time, she continued to carry out tasks of Christian formation in Opus Dei. In all her actions, she reflected her desire to love God with her work, her friendship, and a deep joy that transmitted peace and serenity.

As a consequence of heart disease, she died in Pamplona, already with a reputation for holiness, on the feast of Our Lady of Mount Carmel, July 16th, 1975. She was 59 years of age.

Since then private devotion to Guadalupe has spread more and more. According to the postulator, people going to her intercession have received different types of graces: cures, favors related to pregnancy and childbirth, getting employment, resolving conflicts between work and family obligations, resolution of money problems, family reconciliations, helping friends and colleagues to get close to God, etc.

Itinerary of the Canonization Cause

The process on the life, virtues and reputation for holiness of Guadalupe was opened in Madrid. It began on 18 November 2001 and finished on 18 March 2005. The tribunal questioned 32 witnesses in Madrid and 22 witnesses in Mexico City.

On 17 February 2006, the Congregation for the Causes of Saints issues the decree validating the diocesan process, and on 4 August 2009, the Positio on the life and virtues of Guadalupe was presented to this dicastery.

From 25 May 2007 to 16 January 2008, a process was held in Barcelona to investigate the apparently miraculous cure of Antonio Jesús Sedano Madrid, attributed to Guadalupe. These acts were subsequently submitted to the Congregation for the Causes of Saints, which declared the validity of the process on 24 October 2008.

On 5 October 2017, after having studied the cure of Antonio Jesús Sedano Madrid, the medical board of the Congregation for the Causes of Saints declared it scientifically inexplicable. Following this, the congress of theological consultants of the Congregation, which met on 1 March 2018, affirmed that this cure should be attributed to Guadalupe’s intercession before God.

During the ordinary session of 5 June 2018, the cardinals and bishops belonging to the Congregation for the Causes of Saints, in conformity with the conclusions of the medical board and special congress of theological consultants of the Congregation, confirmed the extraordinary cure of Antonio Jesús Sedano Madrid through the intercession of Guadalupe Ortiz.

On 8 June 2018, Pope Francis authorized the Congregation to publish the decree on the miracle attributed to Guadalupe.

► Chronology of Guadalupe's Canonization Cause