Joaquín Navarro-Valls passes away in Rome

Joaquín Navarro-Valls passed away in Rome this afternoon, due to pancreatic cancer. The former director of the Press Office of the Holy See died in his Roman residence, accompanied by the faithful of the Opus Dei Prelature with whom he lived. 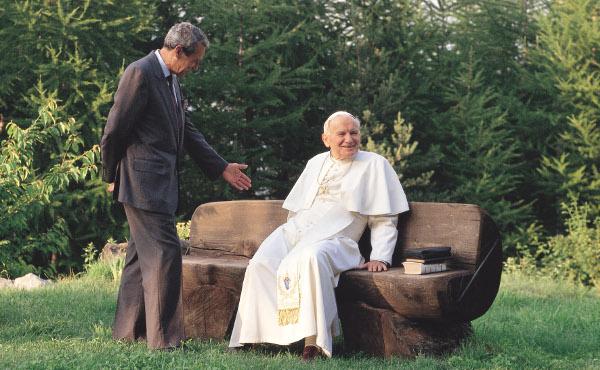 The wake will take place tomorrow, July 6, starting at 4pm in the sacristy of the Basilica of St Eugene (Viale delle Belle Arti 10, Rome). The funeral will be celebrated by Monsignor Mariano Fazio, Vicar General of the Prelature of Opus Dei, on Friday, July 7 at 11am.


Joaquín Navarro-Valls was born in Cartagena (Spain) on November 16, 1936. He attended the "Deutsche Schule" in his hometown and studied at the medical faculty of the Universities of Granada and Barcelona. He was an assistant in the Faculty of Medicine of the University of Barcelona and in charge of the Polyclinic Service in the department of Medical Pathology.

Joaquín Navarro-Valls came into contact with Opus Dei when, as a medical student in Granada, he applied to Albayzín Hall of Residence. In those university years, he devoted himself to theatre, not only as a spectator, but mainly as an actor. After finishing his degree in Barcelona, he returned to Granada. In the meantime he had asked to be admitted to Opus Dei, and when he returned to the Andalusian city, he was entrusted with the direction of that same Hall of Residence where he had been a resident.

From Medicine to Communication

After completing his medical degree he specialised in Psychiatry. In order not to abandon his literary preoccupations, he also studied Journalism, a degree he completed in 1968. A few years later, his activity as a journalist would give him access to the job for which he would become best known. 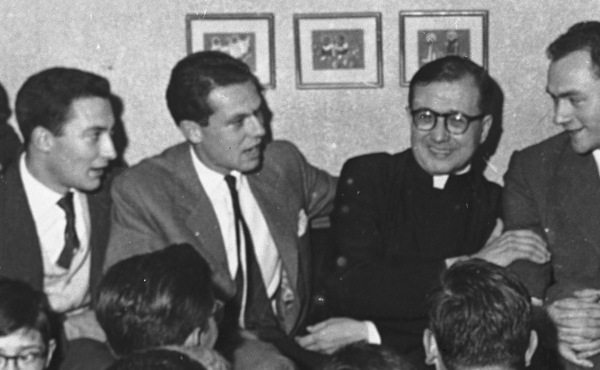 In the sixties, he served as secretary of the Opus Dei Delegation in Barcelona and generously collaborated in carrying out various apostolic, social and educational initiatives in Catalonia and Aragon. The main promoters of Xaloc School, in L'Hospitalet de Llobregat, the most populous city of Barcelona's working belt, have not stopped emphasising how much they owe to the tenacious and optimistic impulse they received, in those early moments, from Joaquín Navarro-Valls. He also promoted the beginning of educational work with families in the city of Tarragona.


In the early 1970s, he moved to Rome and collaborated with St Josemaría Escrivá in the communication tasks of Opus Dei

In the early 1970s, he moved to Rome where he collaborated with St Josemaría Escrivá in Opus Dei's communication, where he had to inform about the death of the founder (June 26, 1975) and the election of his successor, the now Blessed Álvaro del Portillo. Years later, just before the canonisation of the founder of Opus Dei, he wrote these words in the Roman Osservatore: "Josemaría Escrivá helps us see that a saint does not move in a world of shadows and illusions, but in this world of ours. Human and concrete realities, in which there is a 'something divine' that 'is already there' waiting for man to know how to find it".

In Rome, he also worked as correspondent for Spain's ABC newspaper. That position included Eastern Mediterranean countries, forcing him to travel frequently to countries in the Middle East. He developed many friendships among his colleagues, and in 1983 was elected president of the Stampa Estera, the association of foreign correspondents in the Eternal City.

In 1984, St John Paul II appointed him director of the Vatican Press Office. Since then, his figure has been associated with Pope John Paul II until his death in 2005, and then also with Benedict XVI, with whom he continued to hold the same position during the first fifteen months of his pontificate. 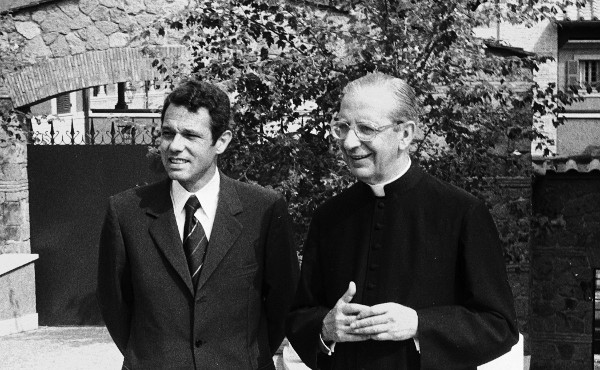 He had a very close relationship with St John Paul II: the Pope entrusted him with delicate missions before figures such as Gorbachev or Fidel Castro, and it was with him and a few other people that he spent some summer periods of rest in the mountains.

"After all these years, do you think it worth complicating your life in Opus Dei?"; "One hundred and fifty percent yes"


He felt a sincere veneration for St John Paul II. "I am aware that I will be held accountable to God", he said in 1993, still in the lifetime of the Polish pontiff, "for the immense fortune of having been able to work near a man in whose surroundings the existence of grace is felt. Rather, it is felt in the depths of his prayer, and in the decisions he makes as a consequence of that prayer". He was visibly moved in a press conference hours before the death of the Pope on April 1, 2005, as was unforgetably captured by television cameras.

In 2006, when he turned seventy, he was relieved of the press office of the Holy See by Father Federico Lombardi. Later on, he was for some time a columnist for the newspaper La Repubblica and on several Italian and international television channels. In the last years of his life, since January 2007, he was president of the Advisory Board of the University Campus Bio-Medico of Rome. In addition, he became involved in other initiatives of social and cultural interest.

Many have seen in the person of Joaquín Navarro-Valls a witness of faithfulness to the Church, to his vocation to Opus Dei, to his relatives and friends. In 1995, he was asked during a television interview on Italy's The RAI, "After all these years, do you think it worth complicating you life in Opus Dei?" His reply: "One hundred and fifty percent yes."