Mariam: Living Among Christians in Lebanon

Mariam, a young Muslim girl in Aleppo, Syria, had to flee with her family three years ago because of the war. She found refuge and a new family in Lebanon. 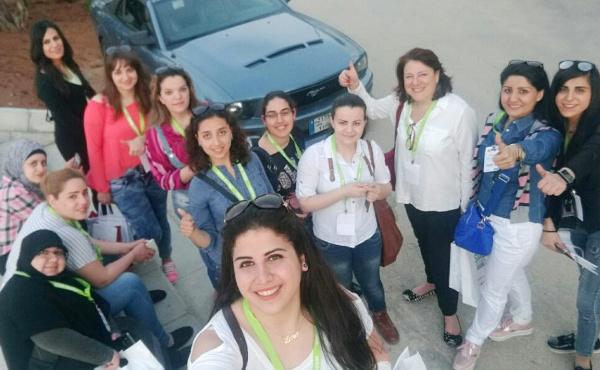 My name is Mariam, and I am from a city in Syria called Aleppo. Three years ago, I became one of the million and a half Syrian refugees in Lebanon. When the war first began in my country, it took some time for us to realize the deep impact it would have on our lives.

At first, the idea of leaving Aleppo didn’t even occur to us, but reality soon set in. Our house was burned down and shelling in our neighborhood became quite frequent; even finding something to eat became a major ordeal.

One day, my family and I were inside a house while bombs were falling when we heard a knock at the door. We were afraid to see who it was, but it turned out to be my uncle who was offering to take us to a safer place.

Leaving was hard. My sister is disabled and can’t walk; we had to push her in a wheelchair in the midst of the rubble. We spent two years going from one place to another until we decided to cross the border into Lebanon and settle in a house that my brother Muhammad, the eldest in the family, had been able to find for us a few months earlier. The house is located in a mountain village.

Amid many hardships, a tambourine

We spent the first months in Lebanon amid many hardships. Life for Syrian refugees in this country is not easy. Everything is very expensive and work opportunities are scarce. Money, which was never a problem for us in Syria, began to be a cause for concern. On top of all that, there were also health problems to deal with. My mother, who had begun cancer treatment in Syria, needed to continue the treatments and travel back and forth. All this, while frequently receiving terrible news about our friends and relatives.

We survived by having recourse to prayer and music. My family is very cheerful, especially my mother who, when she notices our spirits failing, pulls out a tambourine and starts to sing. 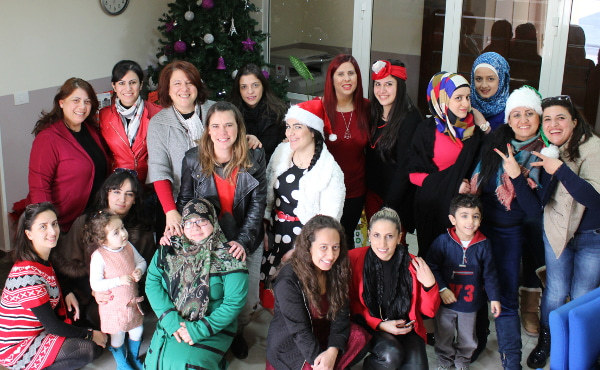 When the war began in Syria, I was in my first year of university. I love to study, but at first I thought it would not be possible to continue in Lebanon. Rita, the daughter of the Lebanese couple from whom we were renting the house, talked to my mother about the Institute where she had studied hospitality: the IMS (Institute of Management and Services), a school run by people of Opus Dei in the rural area of Byblos.

Initially, I had no desires of going. I assumed they wouldn’t accept a Syrian Muslim with a head veil. I also felt it my duty to help out at home because several people in my family were sick. But my mother insisted that I continue my studies, telling me that it was more important. She came with me to visit IMS and we were delighted by the environment and the people who received me there. When I told them about my financial difficulties, they said I could ask for a scholarship to help pay for it. I left jumping for joy.

Saint Josemaria’s smile and my veil

Now I am in my second year of Higher Technical Education. In the IMS, I have learned a lot about hospitality and management, but my discoveries have not stopped there.

When I went into the school chapel one day, I saw an image of our Lady, Saint Joseph and Saint Josemaria. That night Saint Josemaria appeared to me in a dream, smiling at me and telling me that he was going to help my family. In my dream I was quite worried because I wasn’t wearing my veil, but Saint Josemaría didn’t seem to mind. His smile has helped me to be happy despite all my difficulties. I have sent his image to people in Syria, so that when Opus Dei comes to my country to set up another IMS, there will already be many people who know about Saint Josemaría. 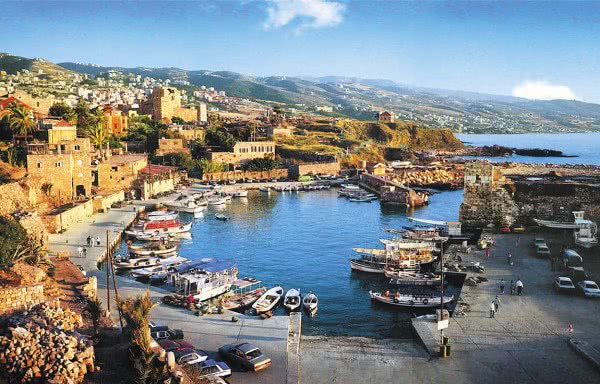 My older brother works in a small carpentry workshop and supports the whole family with this work. The working conditions are not very good. The boss is usually angry, space for handling the furniture is limited, and he receives a minimal salary. Besides all this, his co-worker isn’t a believer and my brother was discouraged after conversations with him because he seems to have no hope.

My mother told him that between having a job and having God, it is better to have God, and that if his co-worker was going to continue having a bad influence on him, she preferred that he quit the job. The answer to my mother’s prayers was that my brother’s colleague decided to stop working there.

God loves me, in spite of everything

In the IMS, I have learned that God loves us in spite of everything. Often I have to shut myself up in my room to cry, because we receive very worrisome news, but gradually I've come to learn that the good is always stronger.

I try to convince my brother Muhammad of this when he becomes discouraged. I left him a copy of the book of Job that was given to me at IMS; there they explained to me that evils are not necessarily a punishment from God, but a blessing. I don’t totally understand all this yet, but I'm learning to pray and take things more calmly.

One day I was informed at IMS that a hotel was redoing its interior design and was getting rid of the old furniture. We arranged things so that my older brother could go over to the hotel with Farouq, who heads up maintenance at IMS. Farouq is a very generous man and close to God, who often hires Syrians to work with him and helps them a lot. I think this may be the beginning of a positive friendship for my brother.

At IMS, they treat me as just another student, but they are also concerned about my whole situation and have managed to help my family through small gestures: arranging cheaper medical examinations for us at a clinic; small donations from people there to be able to make an extraordinary payment; and regularly giving me clothes to offer other refugee families I know.

At IMS, I have found a family. When we arrived in Lebanon we were very much alone, always shut up at home and only interacting with other Syrian refugees. I am very happy at IMS. When I have a problem, I can always tell someone, and I feel that they care about me, that I and my family matter to them.

Giving hope, amid tears and laughter

At first, I was often quite ill, because I made an effort not to cry and suppressed my worries. I ended up with a stomach ulcer that needed surgery. The girls from IMS came to see me at my house, a gesture I will never forget and that made me feel loved. Now I prefer to cry when I need to, and also to pray.

I am naturally a cheerful person, like my mother. I sing, tell jokes, recite poetry, and have a knack for theater. I make my IMS colleagues laugh a lot. So when I had to choose a small business project to present for my Business Management class, it occurred to me to make a mobile theater for children. This idea has slowly started to take shape, and the people at IMS have encouraged me a lot in my endeavor. It is a project that gives me a lot of hope and offers a path for my desire to do good. I hope to bring the mobile theater to refugee camps to brighten the lives of children there.

During Christmas, I took part in the concert of carols that the students prepared for their families. When I was in Aleppo, I saw that the Christians were very joyful at this time of the year. This school year, I was able to experience this joy from within. I also helped out in the Christmas campaign organized at IMS. Besides visiting poor Lebanese families and the elderly in nursing homes, we prepared bags of clothes to send to Damascus with a Syrian girl who travels there regularly. I love being able to cooperate in this effort and to feel closer to people going through a difficult time.

I am asking God that the war in Syria may end soon, and that until then He gives me the strength to keep up my hope and to help the people around me and those suffering in Syria, just as I have been helped.

The IMS (Institute of Management and Services) is a Higher Technical Institute that offers certification in Service Management, Hotel Management and Rural Tourism. Students come from a variety of religions and villages in the area. During the two-year program, students develop a project to be carried out in their villages, which is meant to be profitable and contribute to local development. This enables people not to have to migrate to the cities, to maintain their traditions, and to appreciate their villages’ local riches.