"It was even better than I expected"

​In late December 2017 and early January 2018, a group of 27 young Australians spent three weeks in Vietnam building two houses and a number of toilets for families in need.

It’s a unique way for teenagers to spend their summer holidays, but pretty much all those who took part said it was one of the most rewarding experiences they’ve ever had.

“I was keen as soon as I heard of the opportunity but it was even better than I expected,” said 16 year-old Michael Stevens from Sydney.

The boys were from various parts of Australia – Perth, Brisbane, Melbourne, Sydney and Newcastle. Many, but not all, attend formational activities offered by Opus Dei.

After raising over US$6,000 dollars to build the houses and toilets in 2017, the group arrived in Ho Chi Minh City just before the New Year. They hired a bus which took them to their home for 2 weeks of the trip – a small town called K’Long in Vietnam’s southern highlands about 300 kilometres north-east of Saigon. 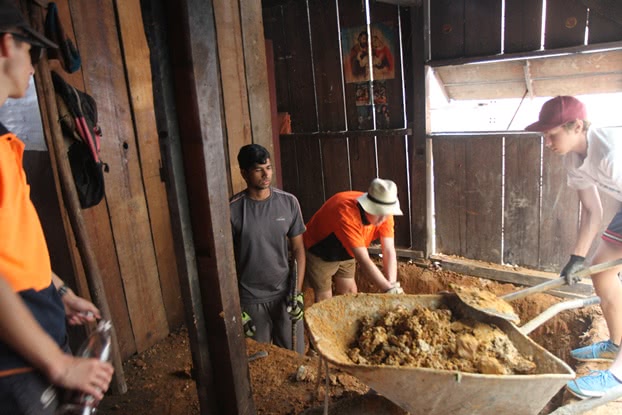 Each working day was much the same. They would catch a public bus to the site, work all morning, have a break for spiritual reading, then lunch. After eating they prayed the rosary and then some of the boys would play a quick game of soccer before heading back for an afternoon of work.

The main tasks on the four building projects for the Aussies were labouring type jobs – moving bricks, mixing concrete, digging trenches and pits for the foundations and toilets, a bit of foundation and brick-laying work and then odd tasks.

“In Vietnam they have their own way of doing construction work – the best way to describe it is ‘fast and spontaneous.’ They get things done quickly but it comes at a cost,” said Sebastian James, one of the four adult supervisors.

“We had a truck dump about 8,000 bricks at the wrong worksite. But with little complaint a dozen boys worked the entire morning moving many of the bricks to the right site a few hundred metres down the road.”

There were a few other exciting moments. At one point a truck carrying a few tonnes of dirt to one of the worksites drove into a ditch and needed another truck to come and pull it out. The rope snapped a few times before they eventually pulled the truck out. 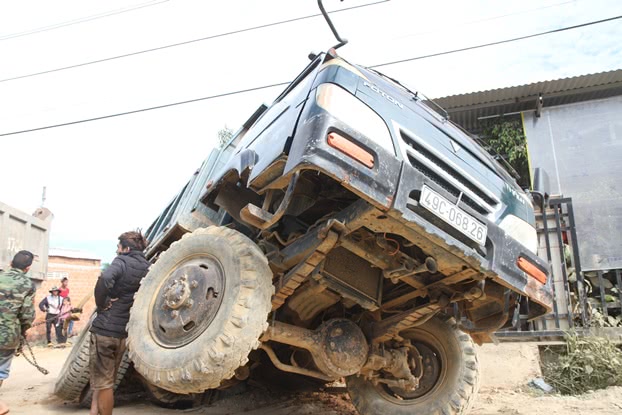 And after building the foundations for the two houses, this same truck came to pour dirt at the worksites. The driver and local builders wanted the truck to get right up close to the house to pour the dirt in, and on two occasions the truck cracked some of the foundations.

The group ran out of time and left before completing the projects but the local builders will finish the projects.

“We’ve done six trips to this area of Vietnam and most of the time we don’t have time to finish everything. But that’s okay as we’ve paid for all the necessary building materials and the wages of the builders to get the job done,” Sebastian James said.

Before heading back to Australia the boys did some site-seeing. This included a visit to the Cu Chi tunnels – the famous underground network of narrow tunnels in southern Vietnam which were built during the Vietnam War.

“Near the end our time there, a number of the boys said they realised better the need to give more to others and that they’ll try to be more thankful for the blessings they’ve received in their own lives,” said James. 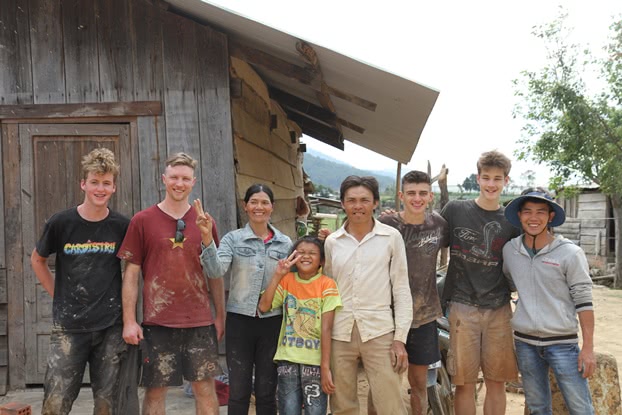 The camp was organised by Nairana Study Centre in Pennant Hills. The Christian orientation of the centre is entrusted to Opus Dei: www.nairana.org.