In the Congo Jungle, with the Pygmies

Claude, a faithful of the Prelature in the Congo, works for a European NGO. He shares his experience of several days spent with the pygmies, and reflects on the human and supernatural help the Christian faith can bring to them.

For several months I have been working as a representative for an NGO in the Democratic Republic of the Congo. I want to share with you the experience of the last trip I made to the interior of the country. I haven’t had to escape from lions, nor from angry elephants. Any snakes have been seen from afar, as well as gorillas. But one of the smallest creatures, a mosquito, left me lying in bed for three days on my return, with the malaria that in my country we are quite accustomed to, but that continues to cost the lives of so many people without access to modern medicines.

This year, one of the questions in the state test to move on from sixth grade in primary school to secondary school was: “Who were the first inhabitants of the Congo?” Today in this huge country (five times the size of Texas), there are many different ethnic groups; but here we all know that the first inhabitants of the Congo were the Twa or pygmies. Although there are many stereotypes in this regard, the Twa are generally of medium height, live in jungle areas far removed from the rest of the population and have very particular customs. 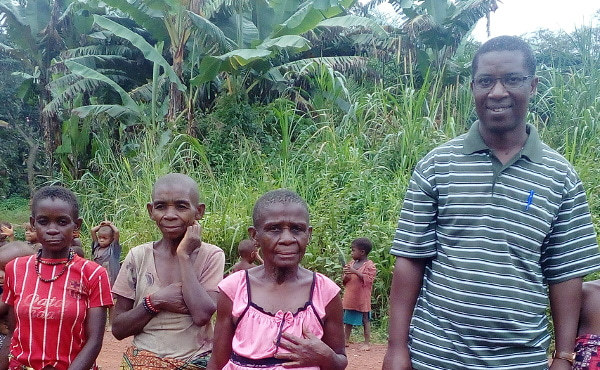 Well, the goal of this journey of mine was precisely to meet the Twa. In my NGO we have a project to assist a hospital located in a remote area of the Congo, where the Bantu (another ethnic group) and Twa coexist with difficulty.

The town is called Bayenga, located near Bunia. Getting there was already quite an adventure. The plane I took in Kinshasa landed in Bunia after an 8 hour flight with various stops. After spending two days in Bunia, I took a bus that in six hours reached Nania, and from there traveled on motorcycle, the only possible mechanized transport to Bayenga.

Some Consolata missionaries who run a mission in the town are the only people trying to help the Twa in this area. Sometimes the Twa are viewed as belligerent, but I found them very peaceful and rather timid, and only with difficulty would they approach a stranger. Thanks to the fact that I was accompanied by Father Andrés, the Twa didn’t flee from me and even, little by little, had enough confidence to let themselves be photographed. Father Andrés told me about the situation of the Twa as we walked by the huts made of leaves, reeds and mud. It is very hard to get the sick people to follow the treatment they are given: lepers, people with tuberculosis and malaria... The Twa are being decimated by diseases that spread easily because of their living conditions. The sick are taken to the hospital and prescribed medicines that have to be handed out in small doses, since otherwise they pass them on to other family members.

They live hand to mouth, with no programs or calculations. Every morning the hunters head out with their bows to seek prey, while the women walk through the jungle to collect bananas and other food items. And the same, one day after the next.

Father Andrés does all he can to win over the children, in order to teach them to read and do basic sums. With infinite patience, he begins again and again, aware that the next day some of them won’t come back, and as the children grow older they will gradually disappear, occupied with survival tasks. 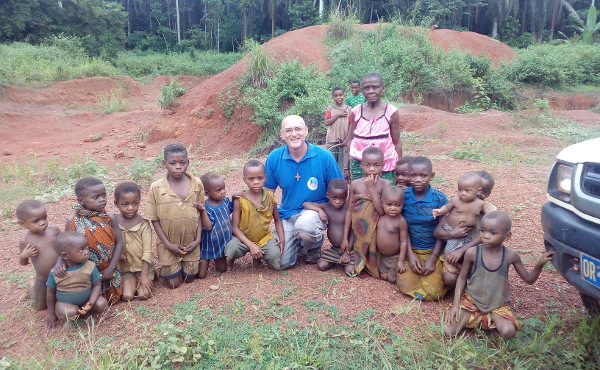 Over time and with great patience, the religious have managed to get some of the pygmies to help them in their work. One of the women has agreed to be trained to work as a nurse, and she now helps out in the hospital’s maternity ward.

Thanks to the religious there, I found it easy to attend Mass every day, as is my custom. I thought a lot about the help the Christian faith can bring to these people: not only in regard to the eternal salvation of their souls, but also in helping to open up horizons for them, raising their sights above the mere struggle to survive.

The religious try to help them by making Christ known and also leading them out of the miserable conditions in which they live. But apart from an iron will, they have no other instruments than the help they receive to buy medicines and to get under way small projects that only a few take advantage of. 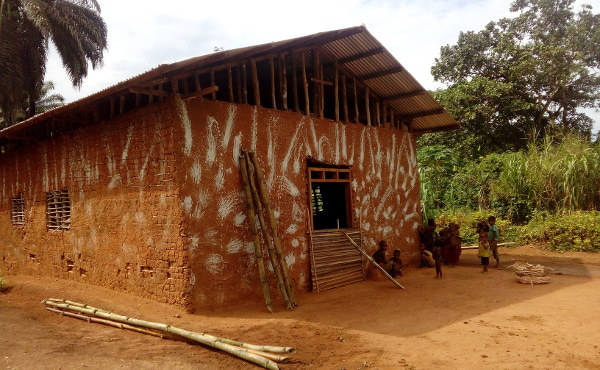 My country is one of the poorest in the world. There’s no need to go very far to encounter the misery in which so many people live. But I have to say that this trip has moved me deeply, especially when you know that these people live in a territory rich in all kinds of raw materials, sometimes exploited illegally. Pope Francis’ words about going to the peripheries have frequently come to my mind. In my NGO we add our little grain of sand, and it is very gratifying to know that with my work I can help people who are abandoned because they fail to “contribute” anything to the interests of a world blinded by economic benefits.