Dr. Sylvia Sesé is an internist at Monkole Hospital, an apostolic work of Opus Dei in Kinshasa, Democratic Republic of the Congo.

Sylvia Sesé is an internist specializing in tropical medicine at Monkole Hospital in Kinshasa (Democratic Republic of the Congo), where she has practiced medicine and taught for the past nine years. Dr. Sesé was born and educated in Barcelona. Besides her medical degree, she also has a degree in theology.

Dr. Sesé returned to Barcelona this summer to share with family members the joy she has experienced in placing her life and profession at the service of the most needy.

What brought you to Kinshasa nine years ago?

Monkole Hospital, an apostolic work begun by members of Opus Dei, invited me to join its staff in 2001. Little by little Monkole has become a medical center that is a model for the entire country. I arrived when the hospital’s growth required more doctors, not only to care for patients, but also to teach the local students. I was asked to start a department of internal medicine.

When you decided to move to Africa, weren’t you already well established in a private hospital in the Canary Islands?

Yes, that’s true, but at the same time I was eager to help out in a place without as many resources, and I was well aware of the enormous need there is in Africa for medical care. I was also drawn by the possibility of taking up a teaching position, since I think that teaching is one of the best contributions one can make to this continent. The Democratic Republic of the Congo is still suffering from the terrible aftermaths of a civil war, especially in the areas of education and health care. The position I was offered combined these two components that are so important for the development of any country.

What role does your faith play in this African “adventure”?

If it weren’t for my faith and the Christian life that I try to lead, the offer to use my profession in the service of those most in need might not have been so attractive. During these nine years, I’ve tried to live alongside the people of Kinshasa,.and I must confess that I’ve found it very enjoyable. The people here are very warm, and the environment is more favorable to human relationships, with less rushing around and competition.

After being away for so long, aren’t you a bit anxious to return to Spain? 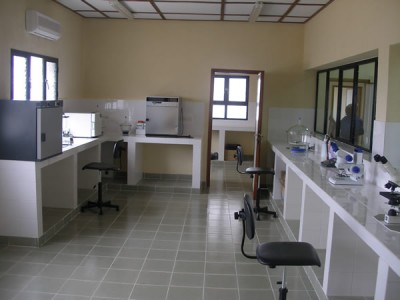 Right now, no. Monkole still has many needs, especially with the way it has expanded since it began in 1991 as a small clinic in the Mongafula district of Kinshasa. In its first years the emphasis was on children and pregnant women; now the hospital has added pediatrics, internal medicine, surgery, and other services. It has also made a large investment in teaching and formation, and has begun preventive medicine programs in schools distant from the hospital. At present, a new wing with 150 beds is about to open. Other major goals include a blood bank, something that is absolutely necessary due to the prevalent diseases there, especially among children, and resources for the early diagnosis of the HIV virus. It is so clear to those of us who work in Monkole that what is essential is not just providing prompt medical care, but also personal attention, accompanying people so they never feel alone.

How does a member of Opus Dei live her faith in the midst of people who are so demonstrative and expressive as the African Church? 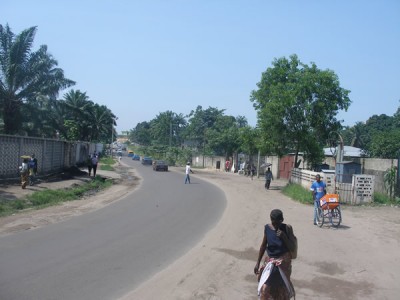 You learn to adapt to it. True, the people express their faith in external gestures, through music and dance, and that is fine, so long as it doesn’t impede the more interior dimension of the faith. My experience is that we are mutually enriched and the interchange of traditions and outlooks helps all of us to grow in our faith.