At 14, while lying under a tree, Ivanna sensed that God was asking her for something. She relates how the example of another woman brought her closer to God.

Ivanna studied philosophy at Saint Thomas Aquinas University of the North, in San Miguel de Tucuman, Argentina, and currently works at the Buen Ayre high school near Buenos Aires, as a teacher of Christian doctrine. She also gives philosophy classes and teaches courses in human formation at three schools in Muniz and Bella Vista, in metropolitan Buenos Aires.

"One day, when I was 14, I was praying while lying on the grass, looking up at the sky through the leaves of a tree that was providing me with shade. I’ll never forget that moment. I realized that God wanted everything from me. From that moment I didn’t stop searching how and where I could do this, but the answer wasn’t very clear.

The following year, I began dating Leo, who is now my husband. But I still didn’t see things clearly. On one hand, I wanted to give myself completely to God. Yet Leo seemed to be taking up all my soul and my heart.

One day, when I was 20 and attending the university, I went to study at a friend’s home. As I walked in the front door, I was deeply moved by something. What was it? Nothing out of the ordinary—on the surface at least—but Jesus revealed himself to me in a profound manner. 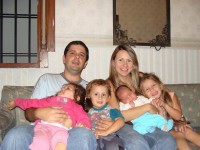 What my eyes saw was a clean orderly home, the same as many other homes I had known, including my own. Receiving me at the entrance was a statue of our Lady with flowers beside it. There was a normal sized kitchen and a dining room, but ordered with great love, with sufficient space for a large family.

To put it briefly, I saw a simple home, more modest than many other homes that had never attracted my attention. But my heart saw something more…. I wanted to be like that mother. Who was she? What did she do? Surely she was someone special. A mother who reflects God through her home and her daily work…. I was left with a strong desire to get to know her because I sensed that Jesus was calling me to be like her.

That night I couldn’t sleep, and I shed many tears. I was convinced that I had found my path, and that both of my loves (Jesus and Leo) were compatible in the life of that woman who I only knew because of the love that I breathed in her home. 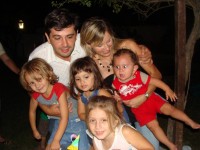 In the morning, I questioned my friend indiscreetly. ‘Who is your mother? What does she do? Does she belong to a congregation?’ My friend laughed at my rapid questions, and dissipated all the mystery by replying, ‘Nothing. She works at home, and doesn’t do anything special.’

That ‘nothing’ of my friend in reality was something, but nothing distinct from what took place every day. For her mother was a supernumerary member of Opus Dei. But I didn’t discover this until some time later.

After failing to get a clear answer, I couldn’t believe what was happening to me. It seemed that what I had been seeking for so long was now fading before my eyes. I couldn’t leave everything there, so I asked my friend if she knew where I could make a spiritual retreat in silence.

‘Perhaps the priests of the Work can help you,’ she answered. 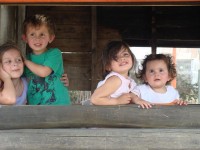 On October 2, three years after that retreat, I asked to be admitted to Opus Dei as a supernumerary member. I didn’t know what that date signified (the anniversary of the founding of the Work), but when I found out, I thought: ‘The Work was born…I was born… But, of course! Yes, God thought of the Work from all eternity for me…’

Since then, my daily challenge is to convert my house into the home at Nazareth, as St. Josemaria used to say. And I am becoming more and more convinced that the best way to be a faithful instrument in God’s hands is to let him do everything. That’s how I try to live my obligatory rest during each pregnancy.* During that time of forced inactivity, I try to offer to God all that I do, namely ‘nothing.’ I think that Jesus wants me to ‘erase myself’ so that He has room to write."

*Ivanna suffers from a medical condition in which minimum exertion can cause contractions that lead to the premature birth of her baby.