Spreading the Faith Among the Maasai Youth

Stephen, who belongs to the Maasai community in Kenya, is amazed at how eager the young people are to learn about the Catholic faith. 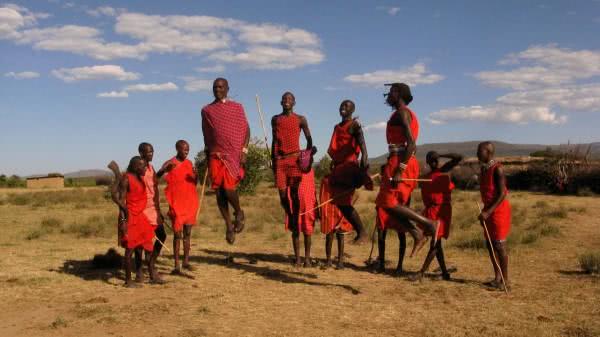 I approached one high school for boys and the local university in Narok to offer giving catechism talks to those who might wish to attend. It didn't take much convincing. At the university I would usually get 100 students interested in attending the talks. It was, for all intents and purposes, the entire Catholic community on campus! Efforts to narrow down on a group of leaders who in turn could give the same talks to the rest of their colleagues are on-going. They typically invite me to speak to them for about an hour during their weekly gatherings.

Meanwhile, in the high school I approached, the response was largely the same: a great hunger to learn more about the Faith and about virtue!

Here however I teamed up with the local parish catechist and we divided the boys into two groups. One group of about 10 would attend the catechism talk with the catechist, while I would give a slightly more advanced talk on Christian doctrine to the second group of about 20 boys. Depending on where I was working in the field, I would often cover up to 100km to get to the venues for these talks. Most times though, it was a 50km journey. By Christmas last year, the parish priest and the catechist insisted that I should give a hand in the youth seminars they had organised for the local youth. These seminars ran for one week and I went to four parishes giving two talks in each parish.

At the beginning of this year unfortunately, I was posted about 800km from Narok. This made it rather important and urgent that I organise things in a way that the talks can continue in my absence... But just last month I received news I would be returning to Narok!


I was fortunate to attend my annual retreat in Jahazi Conference Centre over the Easter Triduum last month. One of my resolutions was to put more diligence into this work of formation in Narok with the help of friends I can hopefully convince to join me in this great adventure!