Inspired by Saint Josemaria's teachings, the El Peñon school in Mexico is one of dozens of rural schools around the world helping agricultural workers to sanctify their work and family life.

The El Peñon family farm school, located in the state of Morelos about 80 miles south of Mexico City, has now completed over a half century of educational work.

In the 1950's, a group of businessmen, concerned about the lack of educational facilities in the agricultural areas of Mexico, created in Morelos the Asociación Civil Campo y Deporte (Association for Agriculture and Sports), which in turn founded the El Peñon Research Center for Agriculture and Stock-raising in the valley of Amilpas. In 1961, El Peñon gave its first practical course in agriculture and care of farm animals. Ten years later it opened its televised secondary school, which has graduated 1,846 students. And in 1984 it inaugurated a technical school for agriculture and stock-raising, which has seen 706 students graduating. Today about 400 high school level students make the daily trip from nearby villages and towns to study and take part in sports at El Peñon. 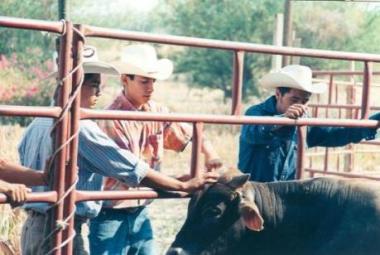 Today, El Peñon's influence reaches close to three hundred thousand people from the surrounding area, with a positive impact on their human development and quality of life. Among other things, statistics show that the levels of alcoholism, divorce, teenage pregnancy, and unwed mothers in Jonacatepec, the municipality where El Peñon is located, are the lowest in the state of Morelos. 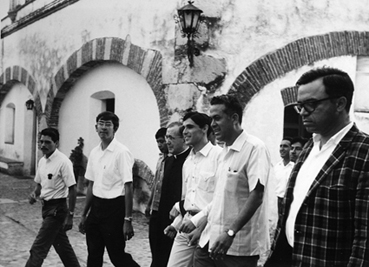 Spiritual formation imparted at El Peñon is entrusted to the Prelature of Opus Dei. The aim is to transmit to the students the spirit of work that is well done, out of love for God. St. Josemaria, right from the start, encouraged the formative and educational work being carried out at El Peñon. In 1970, during his stay in Mexico, he visited the school. Referring to the difficult social situation the small farmers faced, he said: “Everyone, yourselves and us, are concerned that you better your life and get out of this situation, so that you don’t have your way blocked by financial difficulties. We are going to help your children acquire the human culture they need; you will see how we will accomplish this together, and that those with talent and a desire to study will reach a high level.”

In the classroom and on the sports field

1998 saw the beginning of the Atlas-El Peñon soccer school, which has already won the Copa Fortaleza , a prestigious tournament in Mexico. “Through sports the boys discover that they have the same level of competence as the young people living in the city. This gives a strong boost to their outlook on life and their ability to relate to others. Winning out in the academic field as well then becomes a realistic goal for them,” says Hector Lucio, the director of El Peñon.

The school fosters the students’ desire to attain excellence in both academics and sports, but above all seeks to further their human and moral formation. Students receive classes in English, mathematics, biology, chemistry, etc., and are helped to grasp the importance of key human virtues, in coordination with the students’ parents. 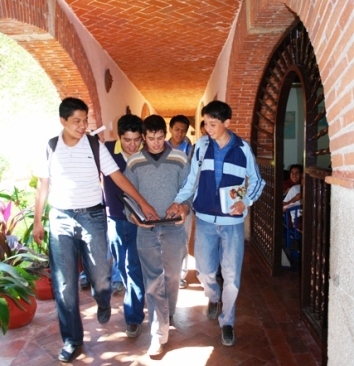 Academically, the Morelos State Department of Public Education, after a 2010 test, gave El Peñon’s high school degree first place in the state, both in mathematical skills and reading comprehension. On the national level, El Peñon came in 19th place in mathematics and 45th in reading, which placed it among the top high schools in Mexico. In the school year 2002–2003, El Peñon was recognized by the National Center for Higher Education as having the best secondary school with televised classes not only in Morelos but in the whole country.

Due to deficiencies in English found in students at El Peñon after their high school course, in the 2006-2007 school year an agreement was contracted with a prestigious language instruction group, which has enabled the students to graduate now with the required bilingual skills.

The School for Parents opened its doors in 1993. Its goal is to help families reinforce the values that the students learn at El Peñon, as well as to improve communication with their children and to better understand the emotional and social changes that the young people are going through. As Alma, the mother of one of the students, said: “We learn how to talk to them and to get to know them better, since often we haven’t been able to find the right words to reach them.” 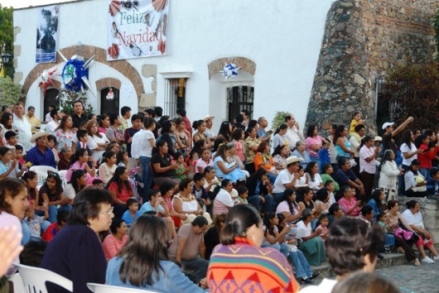 With the aim of helping to improve the quality of life for families living in the countryside by offering professional, cultural, human, and spiritual formation, the Family Farm Schools (EFAs in Spanish, for Escuelas Familiares Agrarias ) were started in Spain some fifty years ago. Modeled on the French Maisons Familiales Rurales, whose history began in the thirties of the last century, the EFA system of instruction was pioneering and innovative in Spain. The training at first was directed to helping students carry out their work better, which for the great majority was of an agrarian and family nature. Later, the areas of instruction were broadened to include other specialties required in the rural environment such as hospitality, health, mechanics, etc.

Some of the EFAs now also provide secondary education, as well as courses to constantly update workers’ training and skills. Families are invited to take part in classes directed towards acquiring a solid culture and an appreciation of the importance of growing in human virtues. A Christian vision of the person and the world underlies all the activity of the EFAs.

The origin of these initiatives dates back to St. Josemaría Escrivá, who saw the need to help improve the living and working conditions of people in rural areas. In the 1960's in Spain, many of these people had a difficult life. St. Josemaría encouraged a group of professionals to put within reach of rural families effective means to improve their professional and human preparation, as well as their Christian life. The founder of Opus Dei in his youth had had close contact with the rural environment, and was very aware of the need to bring the Christian message to those living there.

Today twenty-six institutions of this type are operating in Spain, but the model has leaped over borders and one can now count by the dozens the EFAs existing throughout the world. As a consequence, the specializations offered have been greatly multiplied. Now not only courses in agriculture, stock raising, and forest cultivation are offered, but also courses in grapevine culture, management of natural resources, hostelry and tourism, childhood education, and even supplementary health care and dental hygiene.

The working method of the EFAs is based on a close tie with local businesses. The combination of classes with apprenticeship in the fields, the factory, the workshop, etc., is a strong spur to the formation of the young people.

Another pillar of the working method is the close relationship between the family and school. The participation of families in the activities of the center gives the EFAs a special link to the parents in the education of their children.

"I'd Rather Have the Kids": Las Garzas Family Farm School in Chile