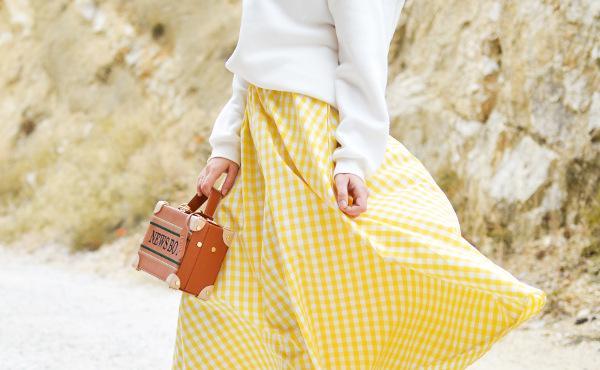 In May 1945, a few days after the end of the Second World War in Europe, Guadalupe was in charge of a university residence in Madrid. Basic foodstuffs were hard to come by, so a great effort was needed to feed so many people each day.

One evening at dinner time, when Guadalupe came to the table all the soup had already been consumed. Those who had arrived first had helped themselves without considering that she wasn’t there yet. Without any sign of reproach, Guadalupe took the pitcher with the broth and went into the kitchen. When she came back, she filled her bowl and began talking with the others with her usual good humor.

Only one other person at the table, Maria Luisa Morena, realized that what Guadalupe was consuming was actually…hot water.

“Don’t complain when you lack what is necessary.” Guadalupe had heard these words of advice on how to live Christian poverty from Saint Josemaria himself, and this was one of the ways she put it into practice.

“Please, where is the house to speak with God?”

In 1950, Saint Josemaria asked Guadalupe, Manolita Ortiz, and Maria Esther Ciancas if they would like to begin the apostolic work of Opus Dei with women in Mexico. On March 5th the three women boarded the airplane that would take them across the Atlantic. The trip lasted almost 30 hours, since at that time airplanes had to stop to refuel several times. Their flight over the ocean wasn’t tranquil, as bad weather caused a lot of turbulence.

When they were approaching the island of Bermuda, one of the plane’s four engines began having trouble, so that they had to land to have it repaired. Since the passengers would have to spend the night there on the island, the airline transferred everyone on a bus to the nearby San Jorge hotel.

In broken English, Guadalupe asked the driver: “Where is the house to speak with God?” She couldn’t remember the word for “church” but the driver understood her perfectly. Guadalupe, Manolita and Maria wanted to greet our Lord who had brought them to this land.

Luckily, the “house to speak with God” was close to the hotel. While the other passengers were waiting for their room assignments, Guadalupe realized that it was a good moment to help her fellow passengers. She reminded everyone in a loud voice that it was Sunday and that there was a church nearby. The three of them were going there for Mass and whoever wanted to could join them.

All the passengers decided to attend Mass in Bermuda.

“I will remember you”

In 1975, Maria Jesus Marin was a young nurse in the University of Navarre Hospital. After enjoying a week’s vacation in July for the feast of San Fermin in Pamplona, she went back to work in the cardiology department.

In her shift that night she was assigned to care for Guadalupe Ortiz de Landazuri, who had just undergone a cardiovascular procedure. The sick woman’s condition was very critical.

Throughout the night Maria often entered Guadalupe’s room to check her heart-rate, vital signs and medication.

During one of her frequent visits, the nurse saw that Guadalupe, who was breathing with great difficulty, was trying to say something: “Don’t worry about me so much, go and get some dinner.” Maria was surprised that a seriously ill woman was concerned about her dinner.

As the hours went by, the nurses became more and more concerned, since Guadalupe’s life was clearly slipping away. At one moment, when Maria was nearby, Guadalupe told her: “Don’t worry. Stay calm. You have done all you could. I will remember you.”

A few hours later, at 6 in the morning, Guadalupe died.

Maria Jesus had been living far from God for some time, and the sick woman’s final words stayed in her heart. “For a person to be able to die like that, there has to be something…” A short time later Maria Jesus decided to begin practicing her faith again.

Some months later, she asked for admission to Opus Dei.