Blessed Alvaro and my Wedding

May 12 is the liturgical feast of Blessed Alvaro del Portillo. A recent favor from Kenya received through his intercession. 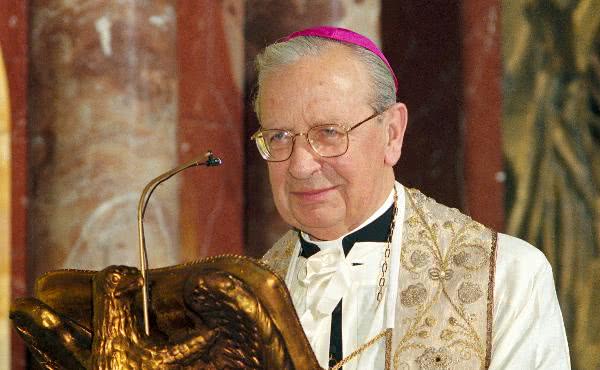 In 2017 I undertook some assignments which unfortunately were not paid on time while others have not been paid to date. So despite having done good mark-up jobs I found myself cash-strapped. My girlfriend and I had planned our wedding for January 2018 but by the end of November, a client who owed me a substantial amount had not yet paid. The amount could comfortably handle our wedding and honeymoon expenses. I had pursued the payment from April 2017 when the work had been completed but to no avail. It was a difficult year for business people in Kenya given the tense political climate and the prolonged campaign period. In general, many payments to contractors had been frozen.

I decided to force this particular client to pay up, not by the barrel of a gun but by prayer. I armed myself with a prayer card of Blessed Alvaro and did a novena for the intention of this client paying up ASAP. I said to myself, "Don Alvaro doesn’t care about external factors like intense political climates; if he got up when he was bedridden to find money to pay workers at Villa Tevere, these political shenanigans are just child’s play.”

Three weeks after the novena I got a call from the client. The money was ready. It came in the nick of time. We had started making payments to vendors for our big day from the little savings and contributions we had. We had a modest but colorful celebration to mark the sacrament of marriage in mid-January. I thanked Don Alvaro profusely and our Lord as well for agreeing to be arm-twisted by the Civil Engineer (his profession before becoming a priest). I am sure our Lady and St. Joseph had a hand in it too: those numerous decades of the Rosary could not have disappeared into thin air.