Blessed be the Child Who today delights .
Blessed be the Newborn Who today made humanity young again.
Blessed be the Fruit Who bowed Himself down for our hunger.
Blessed be the Gracious One Who enriched all our poverty and
filled our need.
Blessed be He Whose mercy inclined Him to heal our sickness.
Blessed be the Holy Child of Bethlehem!
On this day when the Rich One was made poor for our sake, let the
rich man also make the poor man a sharer at his table.
On this day a gift came out to us without our asking for it; let us then
give alms to those who cry out and beg from us.
This is the day when the high gate opened to us for our prayers; let
us also open the gates to the seekers who have strayed but sought
forgiveness.
Today the Deity imprinted itself on humanity, so that humanity might also
be cut into the seal of Deity.
His swaddling clothes gave a robe of glory to human beings. 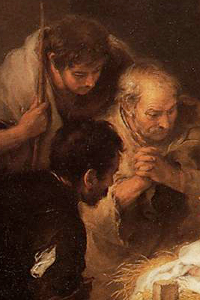 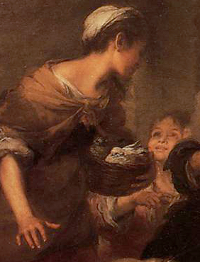