Alvaro del Portillo to be beatified in Madrid on September 27, 2014

The program for the beatification includes key events in Madrid and Rome. The beatification ceremony in Madrid will be presided over by the Prefect of the Congregation for the Causes of the Saints, Cardinal Angelo Amato.

Following Pope Francis’s approval of the required miracle and the formal decree of the Congregation for the Causes of the Saints (July 5, 2013), the Holy See has confirmed in a letter dated January 21, 2014 that the Holy Father, at the request of the Prelate of Opus Dei, Bishop Javier Echevarria, has established that Alvaro del Portillo will be beatified on September 27, 2014 in his native city of Madrid.

An International Encounter in Madrid 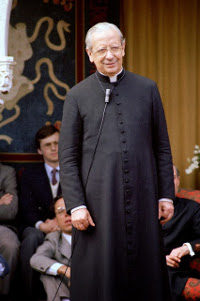 The beatification ceremony in Madrid will be presided over by the Prefect of the Congregation for the Causes of the Saints, Cardinal Angelo Amato, and faithful from all over the world are expected to participate. The next day, Bishop Javier Echevarría, Prelate of Opus Dei, will celebrate a Mass of thanksgiving.

"In this moment of profound joy,” said Bishop Javier Echevarría, “I wish to thank Pope Francis for his decision to proceed with the beatification of this bishop who loved and served the Church so much. From now on, let us entrust to the soon-to-be Blessed Alvaro the intentions of the Holy Father: the apostolic renewal and service to God of all Christians, the care and support of the needy, the upcoming synod on the family, the holiness of priests. "

The life of Bishop del Portillo, whom many people call " Don Alvaro," is closely linked to the city of Rome, where he lived for 48 years, and Madrid, where he was born on March 11, 1914, and where he spent his childhood and youth with his parents and 7 siblings. It was also in the capital of Spain that he met St. Josemaria Escrivá and decided to join Opus Dei in 1935.

As a 19-year-old engineering student in Madrid, the young Alvaro del Portillo took part in the activities of the St. Vincent de Paul Society, teaching catechism to children in Vallecas and other poor neighborhoods and distributing donations and food to needy families. Later, encouraged by St. Josemaria, he continued to carry out similar activities with the young people who participated in the initial work of Opus Dei organized around the DYA Academy.

After finishing his civil and ecclesiastical studies, he was ordained in Madrid by the bishop of the diocese, Leopoldo Eijo y Garay, on June 25, 1944, and he carried out his priestly ministry there until he moved to Rome in 1946.

The Setting of the Beatification

As is well known, the papal decree of Benedict XVI on the rites of beatification and canonization (promulgated by the Congregation for the Causes of the Saints on 29 September 2005) states that beatifications will be celebrated by a representative of the Holy Father, usually the prefect of the aforementioned Congregation, in the place that is considered most suitable. The same decree provides that only canonizations will be presided over by the Pope.

For this reason, when the upcoming beatification was announced, several options were explored, with preference being given to central locations in Rome other than St. Peter’s Square, which is reserved to the Holy Father. Due to the large number of expected participants, however, these proposals proved difficult to implement. The Congregation considered a second possibility, celebrating the ceremony in Madrid, Alvaro del Portillo's birthplace, in the year that marks the centennial of his birth. This plan would allow a larger number of his countrymen, for whom a trip to Rome would be difficult because of the current economic crisis, to attend the ceremony.

Plans are already being made for participants from around the world, including visits to the Cathedral de la Almudena and places related to the life of Alvaro del Portillo and the beginnings of Opus Dei, which was founded by St. Josemaria Escrivá, in Madrid, on October 2 , 1928.

In Rome, Close to Pope Francis 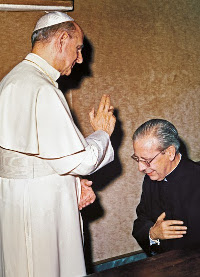 The organizing committee is also preparing various events in Rome for attendees who wish to extend their pilgrimage to visit the Successor of St. Peter ("videre Petrum," to see Peter, as St. Josemaria liked to say, quoting a phrase of St. Paul).

The civil authorities are looking into the possibility that, during the days following the beatification, the body of Don Alvaro, which rests in the crypt of the Prelatic Church, Saint Mary of Peace, in Rome, be provisionally transferred to the much-larger Basilica of Sant’ Eugenio to make room for the people who want to pray before Blessed Alvaro del Portillo.

After the beatification, there will be a Mass of thanksgiving in one of the Roman basilicas. The faithful may also participate in that week’s Wednesday audience with Pope Francis and thus express their grateful union with the Roman Pontiff.

All Together, in the Footsteps of Don Alvaro

Both in Rome and Madrid, activities promoted by Harambee Africa International will be organized in order to finance four medical and educational projects in sub-Saharan Africa, which were encouraged by Bishop Alvaro del Portillo, during the years when was Prelate of Opus Dei. 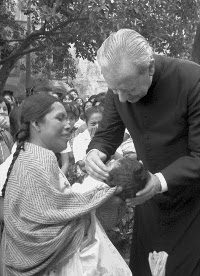 "Harambee" means "all for one" in Swahili. Attendees at the beatification will be invited to assist with their donations in the launching of a mother-and-child center associated with Niger Hospital (Enugu, Nigeria), the expansion and improvement of facilities at three medical centers of the nursing school of Monkole Hospital Center (Kinshasa, Congo), and the development of a program to fight child malnutrition at the Ilomba Rural Center (in Bingerville, Ivory Coast). A fourth project is to obtain scholarships for African seminarians at the Pontifical University of the Holy Cross, an institution founded in Rome by Bishop Alvaro del Portillo, following the desire of St. Josemaria Escrivá.

Rosalinda Corbi, coordinator of the Harambee activities, explains that "it seemed necessary to share the gift of this beatification with the people who need it most, and we wanted to carry it out in a way that would have pleased Don Alvaro, who from his youth dedicated a great deal of time to the sick and needy. "

The latest news on the program for the beatification in Madrid and Rome will be uploaded at: www.alvarodelportillo.org