Samuel Camhi was a Jewish businessman and Ernesto Cofiño a Catholic physician. United by their concern for the most needy, they became great friends. 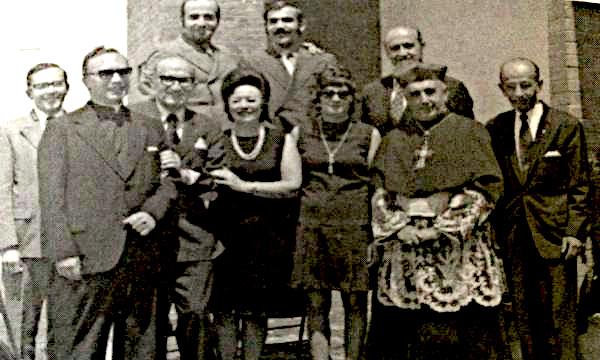 “Samuel Camhi, my father, was born in Smyrna, Turkey, in 1900 – along with the new century – in a poor Sephardic family. When he was two years old, his father, Abraham Dozzetos, died and his mother, Reyna Benchoam, decided to move with her three children to Jerusalem, where her brother Moses was living.

There they faced serious financial problems. Since the work of her eldest son, Reuben, could not support the whole family, his mother decided to give Samuel up for adoption when he was four, to Jaco Camhi and Sol Levy, a Sephardic couple who had lost two children and could not have any more. They gave my father all the love in the world, but that separation from his mother was always an open wound in his heart.

A few years later, during the Great War, Samuel fell seriously ill with what was called the “Spanish flu.” He had a high fever and was delirious for nearly two weeks.

During those years Samuel suffered a lot. The images of malnourished children with downcast faces, wandering the streets of Jerusalem and begging for a piece of bread, were engraved indelibly on his memory.

He never went hungry, but he suffered from not being able to attend school regularly. He could only attend a few classes that were held at the Alliance Française, which was sponsored by Baron de Rothschild. When the Turkish and German governments occupied Jerusalem they closed the school because of its French origin. And so he lost the opportunity to study in Paris. This was another of the great frustrations in his life, which seemed to him at first a succession of misfortunes.

In the early 1920s Jaco and Sol passed away. Dad was alone again. Under these circumstances many people would be filled with resentment. But that didn’t happen to my father. “Every year,” he wrote, “on the day of atonement, I pray in the temple in memory of my two fathers and two mothers.” And he promised himself: “If I ever have a lot of money, I will do everything possible to help children in need!”

And so he began building his future, thanks to his hard work and intelligence. He was a very smart boy. He told us that when Sol gave him money to buy oranges, he would go to the market and haggle with the seller until the price went down. Then he would sell the oranges, buy them back and sell them again, until it was time to go home... with the oranges and always with a few extra cents for himself!

He eventually decided to go to America, for an adventure. He arrived in Veracruz with the idea of settling in Mexico, but that was the time of Plutarco Elías Calles and the Mexican revolution, so Dr. Mauricio Guzmán, a doctor he met on the ship, convinced my father to come to Guatemala. And here Samuel Camhi arrived, with no material possessions, on September 13, 1924.

At first he started to travel along the North and South coasts selling ties, scarves, belts... In 1927 he set up a small shop, on the corner of Fifth Avenue and Quinze Street, and when the business was just starting to go forward the 1929 world crisis began and he was left with a loss of $17,000.

My father was ready to declare bankruptcy, pay his creditors and liquidate everything in three days, when one night, while walking along Sixth Avenue, he saw that, in the Palacio cinema, Habid Estéffano, a great Jewish orator, was giving a lecture on “The Way of Life.” So he went in and the words he heard changed his life.

The Way of Life

“There was a caliph,” he heard Habid saying, “who before he died divided his inheritance among his four sons. He left his horse to the eldest, his spear to the second, and to the third son, his ring. To the youngest one, however, he said: I have nothing to give you. But the son promised: ‘Don’t worry! I will fight to get ahead in life! And with my effort I will achieve everything! My own horse, sword and ring!’ Shortly thereafter, in a war between Arab tribes, the son was wounded. When the enemy approached and he surrendered, this son remembered the promise he had made to his father. So he stood up, continued fighting and won.”

My father was very impressed by this story. After the lecture he spoke about his problems with Habid, who told him: “Fight! Start over! Ask your creditors for more time!” Samuel was filled with optimism and did so. He asked a friend who trusted in his honesty for a loan and continued working, with all his strength, from seven in the morning to eleven at night. And God’s favor rested on him. In 1935 he paid off all his debts, and later founded a children’s clothing store, a toy store, and a fabric factory.

The rest of the story is already well known. In the early 1960s, Salomon Elías, his lawyer, introduced him to Dr. Cofiño, who asked him to help fund some scholarships for low-income university students from Ciudad Vieja. My father saw here a way to help many young people who, like him, were unable to get a good education because they were poor. And he became a great friend of Dr. Cofiño. So much so that at home we called him “Uncle Neto.” They loved each other like brothers. 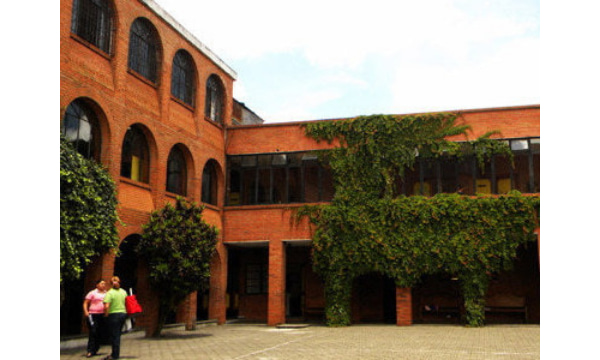 A little later, Julio Matheu asked my father for the use of a house he owned on Martí Street to set up a school for technical and carpentry workers with few economic resources. And so Kinal began. In 1963 my father went to visit the recently-opened school for women, Junkabal. They showed him the Cooking classes, First Aid, Childcare... and told him they might have to close down the school since they couldn’t pay the rent. Dad was happy to see the school in that poor neighborhood, so neat and clean. “Where everything is clean, people are working hard,” he thought, and he said: “Don't worry. I’ll buy the house. Junkabal will stay here.”

It was not that he had a lot of surplus money. He did it out of generosity, to help others. He asked for a loan and paid it off with the rent he received on some other land. He even mortgaged several of his stores as collateral, but he didn’t care: he knew it was in good hands. And when he created the Samuel Camhi Foundation, he placed an express condition: that Junkabal’s moral formation be entrusted to Opus Dei.

“Why did he do it?” I'm sometimes asked. “None of you are Catholic.” True, we are all Jewish by race and religion. Dad lived and died a good Jew. But he knew that in this way he would ensure a non-discriminatory environment in Junkabal. “If Opus Dei is there,” he said, “there will also be religious freedom.”

Some time ago I made a sculpture for Junkabal: two hands that welcome and protect a helpless child. They are Dad’s hands. I wanted to express the reason for his life: to support those who assist the most needy.

On one occasion my father visited Monsignor Escriva, who thanked him for his help. And Dad said to him, “Monsignor, I want to remind you, first of all, that I’m not a Catholic. And second, that I’m a Jew!” Monsignor Escriva replied warmly: “Come here for a hug!”

From then on, Monsignor always wrote to us: on Dad's birthday and on special dates. Dad claimed that no one had ever treated him with such great affection.

Now, when I think about his life, I understand his joy when Junkabal was inaugurated. He had finally fulfilled his childhood promise. It was, without a doubt, one of the happiest days in his life.

The inauguration was held on May 15, 1971, and was attended by Cardinal Casariego, Kyra Nuila, the Director of the Center, Olga de Mirón, the President of the Board, and of course Dr. Cofiño, who made a beautiful compliment to his friend Samuel:

“Samuel,” said the doctor, “was a clear-sighted merchant who managed to collect a lot of money. But these funds went out the door of his heart to do so many good works. He brings bread to wherever there is hunger; joy where there are tears; and the possibility of a better life where needed, as in this Junkabal school. That’s why, after he came to know the spirit of service that animates the apostolic works of Opus Dei, when he met Junkabal he fell in love with this initiative, and since 1964 he has given all his cooperation. Thanks to Samuel we finished Junkabal, destined to help all those who aspire to improve their life, without concern for differences in race, or social, economic and religious backgrounds. He fulfilled here what he promised in Jerusalem when a young man, showing how big his heart is and that a man is worth what his heart is worth.”

My father was moved by Dr. Cofiño's words. His tears welled up as a bronze plaque was uncovered in the courtyard which reads:

“Samuel Camhi Foundation. The Junkabal Council, teachers and students to SAMUEL CAMHI. In perennial gratitude for his generosity, altruism, social sensitivity and care for young people.”

“That day is very special for me,” Dad told us, “because God had given me the opportunity to fulfill my promises to help the poor. I thank the Divine Creator of the Universe with all my heart for what He has given me. Hebrews and Catholics must fulfill together the divine mandate: Love your neighbor as yourself. Human selfishness so often prevents this from happening. But if we could all lessen our selfishness a bit and love one another more, the world would change.” 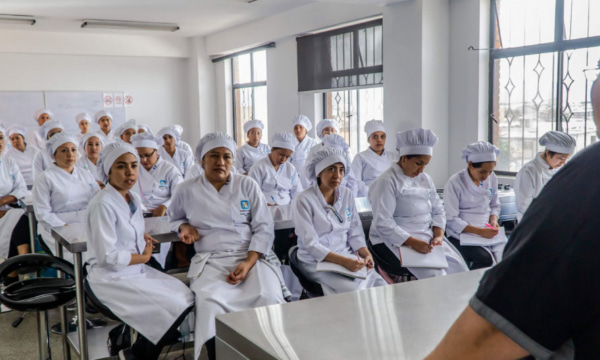 * Junkabal is a Kaqchikel word which means "The Warmth of a Home."

For a biography of Ernesto Cofiño written in English by Thomas A. McDonough, click here.