Commentary on the Gospel: Salt and Light

Gospel for the 5th Sunday in Ordinary Time (Cycle A), and commentary. 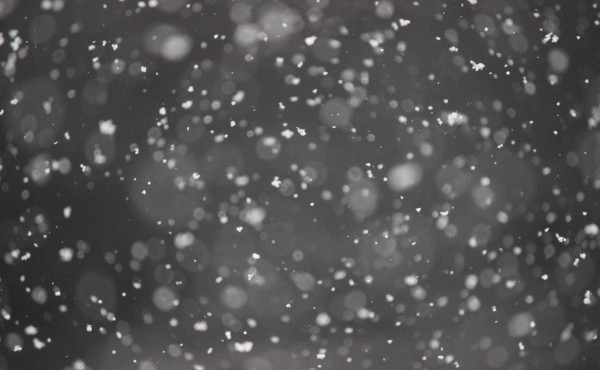 You are the salt of the earth; but if salt has lost its taste, how shall its saltness be restored? It is no longer good for anything except to be thrown out and trodden under foot by men.

You are the light of the world. A city set on a hill cannot be hid. Nor do men light a lamp and put it under a bushel, but on a stand, and it gives light to all in the house. Let your light so shine before men, that they may see your good works and give glory to your Father who is in heaven.

Right after his discourse on the Beatitudes (Mt 5:1-12), Jesus speaks about what those who receive his word and live in accord with his message are called to be in the world and in society. He employs here some very expressive comparisons: salt and light.

The salting of food to preserve it was very important in a world without refrigeration, and added to its flavor. Salt prevents food from spoiling while also making it tastier, and it does so discreetly when mixed in with the others ingredients. In the Old Testament salt is viewed as a purifying element (cf. Ex 30:35), and is also a symbol of fidelity (cf. Num 18:19). We who are Christ’s disciples are invited to be salt in all the settings where our life unfolds, purifying them and making them enjoyable.

In Palestine in Jesus’ times the salt used for domestic purposes was not very refined. It was a salted material obtained from Dead Sea, mixed with many impurities. In order to use it, it was diluted and the excess was filtered off. Sometimes the resulting substance contained more dust than salt, and so was almost bland and of no use for anything other than to be thrown onto the ground. The lesson is always relevant, as Saint Josemaría reminds us: “You are salt, apostolic soul. ‘Salt is a useful thing,’ we read in the holy Gospel; ‘but if the salt loses its taste,’ it is good for nothing, neither for the land nor for the manure heap; it is thrown out as useless. You are salt, apostolic soul. But if you lose your taste...”[1]

Light, in turn, is essential in order to see, and a light is lit in order to shine, and not to be hidden. But light also has a deep theological meaning. The Word who existed from the beginning with God and who is God is the true light that enlightens every man (Jn 1:9), and the disciples of Christ, sharing in his radiance, are called to shine as lights in the world (Phil 2:15). In ancient liturgical texts Baptism is called “enlightenment”: the person baptized has been “enlightened” (Heb 10:32), and becomes a “son of light” (1 Thess 5:5); we become “light in the Lord” (Eph 5:8).[2]

Christians are salt and light for the world when, with their example and word, they carry out an intense apostolic activity. The Second Vatican Council alludes to this Gospel passage when stressing this teaching: “There are innumerable opportunities open to the laity for the exercise of their apostolate of evangelization and sanctification. The very testimony of their Christian life and good works done in a supernatural spirit have the power to draw men to belief and to God; for the Lord says, ‘Even so let your light shine before men in order that they may see your good works and give glory to your Father who is in heaven’ (Mt 5:16).”[3]

This apostolic activity to which Jesus calls his disciples is especially urgent in a secularized world where, as Blessed Alvaro del Portillo said, “so many people are abandoning Him in every sector of society. With the help of many other Christians who are also working for Christ in the heart of the Church, we have to build (how I like to repeat this idea!) a ‘containing wall’ to stop people from fleeing madly from God, with the desire to convert them into apostles who help to bring souls back to God. And who are we? A bit of salt, a bit of leaven mixed into the mass of humanity (cf. Mt 5:13). But this salt and leaven, with God’s grace and our correspondence, will help restore divine savor to those who have become insipid; it will leaven the flour and transform it into savory bread.”[4]