Tomás Alvira, Father of a family

There can be no better gift for a father… than the grateful love of a son. That affection grows and matures with years and becomes even more deeply rooted when the father has gone, even though he is known to be nearer and more active than ever. Rafael Alvira, a son before a philosopher, considered at the death of his father the legacy he received. 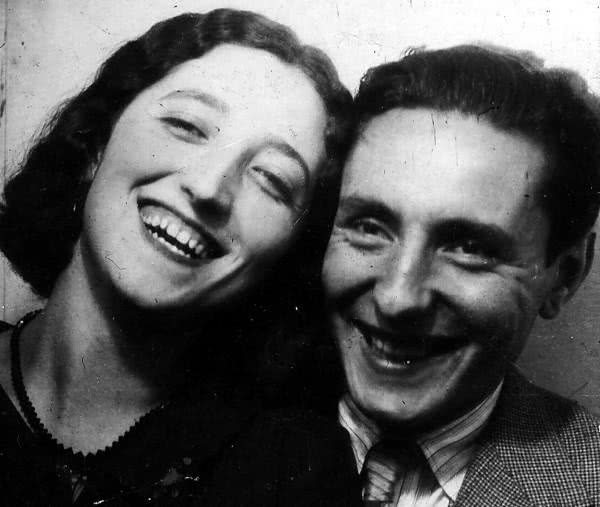 Tomas Alvira and his wife Paquita

“He was a marvellous father, affectionate to the utmost. You could see that he really loved you, that he sacrificed himself for each and every one of his children. When he scolded it was firm, without being offensive and was always very right. Although at times I found it a bit hard to accept his corrections, I can’t remember even one which I didn’t later recognize as fair and done for my own good”.

Tomás dedicated his life to education, for which he had great theoretical and practical knowledge on account of his double role as father and teacher. In a lecture he gave to parents in the Roca youth club in 1966, he affirmed that “the task of being father or mother is difficult, because educating is difficult. It is a task for which we are generally unprepared”.

“Parenting,” he told them, “does not end with the birth of a child. I would say that it begins there. To be a father or a mother is much more than engendering a new being. It is to be able to develop in the newborn, who is a treasure house of possibilities, all the qualities needed to grow into a man or woman with capital letters. And it is a difficult – very difficult task – requiring time, dedication, preparation, sacrifice; and above all love, to draw out love from our children – which is the great secret of life, the lever that moves the most difficult actions: love for parents, brothers and sisters, relatives, teachers, companions, everything around them, love for work, for the Church and for God, who is the synthesis of all loves”.

This love was apparent In the Alvira home, seen in the loving dedication of the father, who found some time every day to be with each one of his children, and especially at weekends. Rafael recalls: “He had lots of work, but there was rarely a day when he didn’t come home for lunch with us. His work place was very near our house, as were our schools. Again in the evening he would spend some time with us before supper. We eagerly awaited Sunday mornings, the great day when he would take us for walks. We went to many places: boat rides in the Retiro Park, listening to the City Council Band, visiting museums, etc.”

A School of virtues

“Educating”, Tomás explained in that lecture, “means creating habits, awakening human virtues in which the supernatural ones take root and which will round out the task of forming a man or a woman with capital letters.”

Virtues like responsibility. “In financial matters,” recalls Rafael, “he held that it is a mistake to give children ‘pocket-money’. He gave us money whenever we needed it and whatever we needed. So I can say that in my childhood I never had any money and I never missed it”. Or like fortitude. “I never saw him withdraw fearfully. He had a lot of initiative and courage. He would often say to me: ‘come on, son, courage!’ to encourage me to do good things that I found hard”. Or key virtues for acquiring on an inclined plane autonomy and freedom. “As we grew up, my father was able to ‘let go’ gently, little by little, maintaining an amazing equilibrium between respect for our freedom and his duty to watch over the family atmosphere and keep an eye on our going out with good friends.”