"Last of the Romantics"

An interview published in "Aleteia" with Monsignor Mariano Fazio, vicar general of Opus Dei, about his new book "Last of the Romantics: St. Josemaria in the Twenty-First Century." 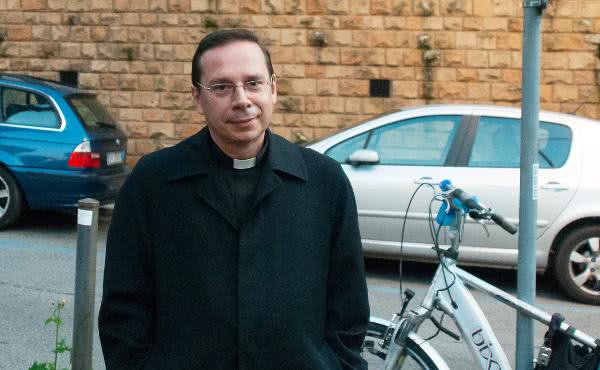 By John Burger, published in Aleteia

The number-two person in the Prelature, Msgr. Mariano Fazio, has published Last of the Romantics: St. Josemaria in the Twenty-First Century, a book about the founder and how his vision is still very relevant for society today.

The Rome-based vicar general of Opus Dei, Msgr. Fazio, 58, was born in Buenos Aires. He had an encounter with St. Josemaria when a school friend invited him to a public lecture the founder was giving during a 1974 visit to Argentina. It was a year before St. Josemaria died at the age of 73. The 15-year-old Mariano was impressed and eventually became a numerary.

At the University of Buenos Aires, he studied history, and he has a doctorate in philosophy from the Pontifical University of the Holy Cross, Opus Dei’s university in Rome.

For seven years he was a professor of Philosophy of Law and was an editorial writer for the Ecuadorean newspaper El Telégrafo. In 1991, he was ordained a priest by Pope John Paul II.

Msgr. Fazio was the rector of the Pontifical University of the Holy Cross in Rome from 2002 to 2008, and was the president of the Conference of Rectors of the Pontifical Universities of Rome. He served as the Regional Vicar of Opus Dei in Argentina, Paraguay and Bolivia up to 2014. In 2007, he worked as an expert at the Latin American Bishops Conference in Aparecida, Brazil.

He became vicar general of Opus Dei three years ago.

In an interview with Aleteia this past weekend, Msgr. Fazio spoke about his vision for his new book and what he sees for Opus Dei in the years ahead. 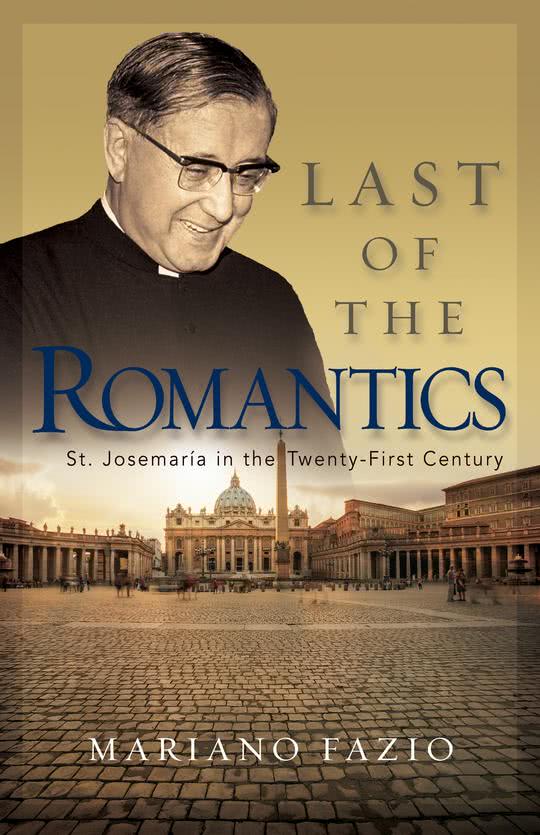 How did you get to know St. Josemaria?

I had a chance to meet him when he visited Argentina in 1974. I was invited by a friend from school, and I was really very impressed. He talked in a very normal way. He was very demanding but also always with a smile and a lot of humility. There were a lot of young people at the meeting.

After that I decided to change my life, in the sense that I realized I needed to improve my Christian life. It was a key point in my life.

How did this lead to your becoming a member?

I was really very impressed because of this meeting, so I decided to follow the means of formation of Opus Dei, which means a meditation preached by a priest, beginning spiritual direction with a priest and receiving doctrinal formation. So after a year, more or less, I realized that the Lord was calling me to become a member of Opus Dei—to be a normal person in the middle of the world, trying to sanctify myself through my studies, my work, my family, etc, and also doing apostolate, particularly to spread the message of Opus Dei, which is the universal call to holiness in the middle of the world.

In what ways did St. Josemaria have an impact on your life?

The first consequence to know the spirit of Opus Dei is to have a larger view or vision of life. Before I was put in touch with the spirit of Opus Dei I studied seriously, but I saw the study only as a duty. But after that, I saw that studies or familial duties were also a way to sanctify ourselves, to become better Christians, and all the little things of the ordinary life could be occasions to meet our Lord. For me, this was wonderful because everything made sense in my life. I think this is also the experience of a lot of people in the world.

Explain the meaning of your book’s title, The Last of the Romantics.

St. Josemaria loved to use this expression because he thought some of the Romantics in the 19th century really loved freedom and also devoted their lives to freedom and were able to offer their lives to defend personal freedom and the freedom of others. Perhaps they were not good Catholics or Christians, but they felt freedom is a very important value. Josemaria said “I am the last of the Romantics because I love freedom in the same way my predecessors in the last century did.” Freedom is very important in the Christian life, he said, because without freedom we cannot love. Our vocation as Christians is a vocation to love—to love our Lord and to love our brothers.

So freedom is a key element of Christian life. I want to respond in a very generous way to the request of our Lord, in a free way. And also, [St. Josemaria] repeats very often that the most important manifestation of freedom in the history of the world is the death of our Lord on the cross because he offered his life for our salvation in a completely free way. So this is the model of Christian freedom.

What does your book offer that biographies of Josemaria Escrivá have not had?

I thought that [the 90th anniversary] would be a good opportunity to show that the message Josemaria received from our Lord on that day, when he got the light to found this new institution, was very useful not only in the 1930s and 1940s, but also now in the present.

So I try to show the most important elements of his message, putting the message in the circumstances of the 21st century. For example, he wrote a lot about divine filiation—we are children of God. But now fatherhood is in crisis. So we have to explain that when our founder said we are children of God everybody more or less was able to understand what that means. But now we have to explain that our Lord is a good father, not a bad father like, unfortunately, a lot of men who are not with their families or who are not doing their duty very well.

Or, when he spoke about the need to sanctify our daily work: we have to work hard, in a very serious way. This continues to be true, but now it’s also very important not to become workaholics. There are people working the whole day and are not with their families. Sanctifying work also means devoting time to our families.

So the book is meant to put into our circumstances the message that St. Josemaria received 90 years ago.

You talk a lot about freedom. There has been some criticism over the years about Opus Dei’s pressure-driven recruiting. One former numerary described to me how he was more or less pressured into becoming a celibate. He also said he feels Opus Dei is too controlling. What measures has Opus Dei taken to ensure that all members enjoy the kind of freedom you so highly praise?

St. Josemaria used to say the doors of Opus Dei are closed in order to enter and open in order to go out because you can’t enter Opus Dei unless you really have a vocation. Perhaps in the history of Opus Dei we made some mistakes with some people, obviously because we are human. But the spiritual doctrine of Opus Dei is that freedom is absolutely necessary in order to love our Lord, to follow our vocation, and it is not a good thing to pressure others in order to persevere, to continue to be a member of Opus Dei, etc. I understand that. There could be some sad stories, but these are mistakes. … I beg pardon from people who could have been hurt by these mistakes. But I repeat, freedom is absolutely necessary.

And perhaps in the history there were some cliches about Opus Dei, and I think they are not true, and everybody can know Opus Dei because there is a lot of news and information on the web. You can go to Opus Dei centers, etc. You can have the experience of this spiritual freedom.

You know Pope Francis personally. In what ways do you perceive Opus Dei having an effect on him personally, and on his pontificate?

He knew very well the apostolic work of Opus Dei in Buenos Aires, because there are a lot of apostolic works there. He was and is very familiar with some members of Opus Dei in Argentina and also in Rome. He used to celebrate each year the Mass on the feast of St. Josemaria on June 26. I think he appreciates this message of sanctifying the world in the middle of the ordinary life. For example in the apostolic exhortation, Gaudete et Exsultate, he writes about holiness in the ordinary circumstances of life. This is also the core message of St. Josemaria: everybody is called to holiness in ordinary life.

What do you think will be some of the highlights of the coming decade, as Opus Dei approaches its centennial?

First of all, it is very important to be very faithful to the spirit of our founder: to fight in order to sanctify ourselves and our friends and our relatives in the middle of the world. So we have to prepare for our centennial with the conviction that it is very import to keep the spirit we received from our founder. This spirit is very large, so we can pray about the various challenges we find in society. The prelate of Opus Dei underlined this when he became prelate, that we have certain priorities. One of them is family. The family is in crisis so we have to help families not only keep their Catholic identities, but also to help other families to be united, to resolve their problems, etc., to put our focus in the family apostolate.

Then young people. This is very important because they are the future of the Church and the future of society. I was appointed by the pope to be a synodal father in this October’s assembly of the synod about youth. I am very happy because I would like to help, with the spirit of Opus Dei, in order to help young people. Young people need very good examples. Unfortunately, we are in a very deep crisis in the Church because a lot of priests don’t give a good example. So one of our priorities is to form young people.

The third priority is to help with the social problems in our world: there is a lot of poverty, injustice, unfair relationships between countries. … Pope Francis is doing a lot to help remind people that we have to show our love for our Lord by serving others among the poor people … Over the last years, Opus Dei has started numerous social service initiatives around the world.

So family, young people and social issues could be the three challenges, keeping always very faithful to our spirit.