Barbara, who was born in a non-practicing Lutheran family, found her way to God through the beauty of music and nature. 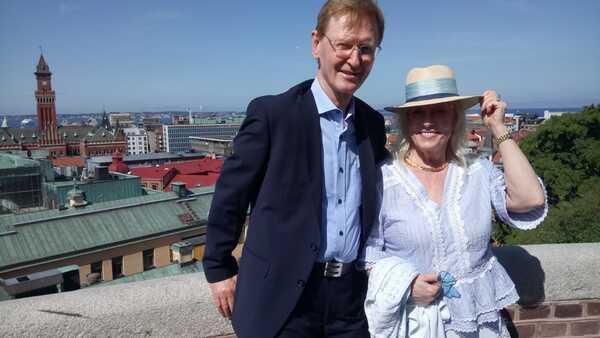 Barbara and Arne in Rome.

“I couldn’t live in a world without beauty,” says Barbara, a soprano of Swedish origin. She was born into a Lutheran family that didn’t practice the faith. However, she sensed God’s existence in the music of Bach and Handel, and in the majesty of the towering mountains of Austria, Bavaria and Switzerland, where with Arne, her husband, she used to travel during the summer.

It was especially sacred music that reached the depths of her heart. But only twenty years later did she realize that this “something” that she intuited was God, that is was “his way of opening my heart to the faith.”

For a number of years Arne carried out his work as a surgeon in a hospital located in one of the of largest deserts in the world, in Dubai. And it was there that the two of them were received into full communion with the Catholic Church. They were baptized in the parish of St. Francis of Assisi, presided over by an Italian Capuchin friar who had spent more than 60 years in Arab counties.

(You may also be interested in these two articles):

Saint Josemaria in the Persian Gulf (I)

Their conversion came about after Barbara's accidental discovery of EWTN, the television network founded by Mother Angelica in the United States. She began to get to know the history of the Church, the lives of the saints, the Catechism, and the magisterium of Benedict XVI: “It would be impossible to speak of our conversion without speaking about his influence on our lives as Catholics,” Barbara assures us.

Thus, little by little, they learned about the teaching of the Catholic Church and devotion to our Lady. Barbara says: “I am completely convinced, now more than ever, that the lack of veneration for our Lady in the Protestant Church has brought with it a regrettable lack of respect for women in general, and has even led to the sad development of an aggressive feminism.” 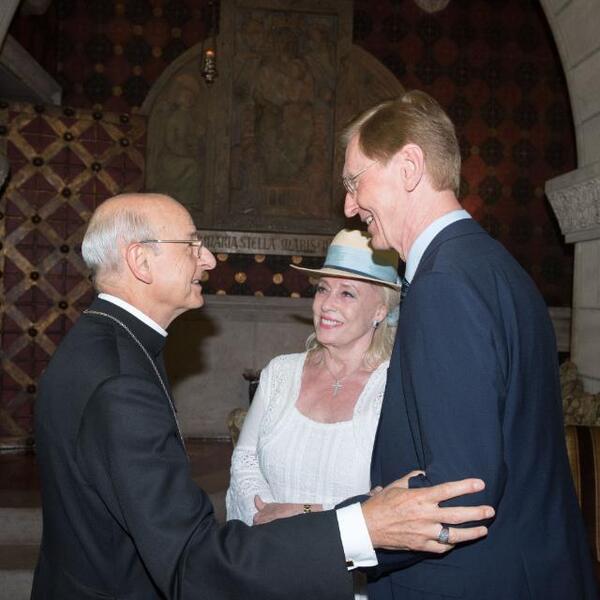 Opus Dei came into their lives a little later, and was the answer to their need to continue receiving formation, and to experience more fully the gift of friendship, which for Barbara “has always, long before my conversion, been something holy.”

In the video below (in Spanish), Barbara talks about her life and conversion: