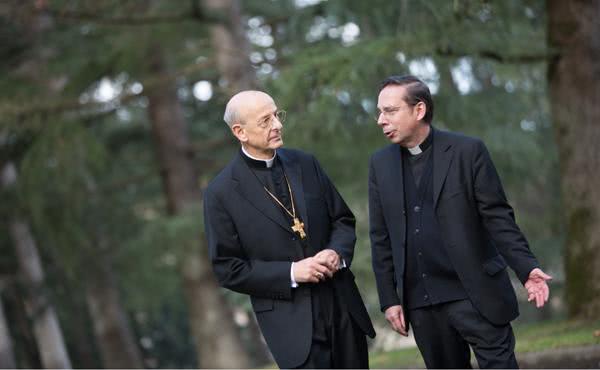 The Prelate (left) with the new Auxiliary Vicar.

With a date of 14 May 2019, the Prelate of Opus Dei has appointed Mariano Fazio (Buenos Aires, Argentina, 1960) as Auxiliary Vicar, and Rev. Antoni Pujals (Terrassa, Spain, 1955) as Vicar General of the Prelature. Rev. Jorge Gisbert (Alcoy, Spain, 1969) will be the new Central Vicar Secretary.

Monsignor Fernando Ocáriz has appointed the new Auxiliary Vicar according to what is established in number 134§1 of the Codex iuris particularis Operis Dei (Opus Dei's Statutes), that is, by free initiative and after consulting the General Council and the Central Advisory of the Prelature, to assist him in the government of Opus Dei with the faculties delegated to him by the Prelate.