Gospel for the 24th Sunday in Ordinary Time (Cycle A), and commentary. (With audio.) 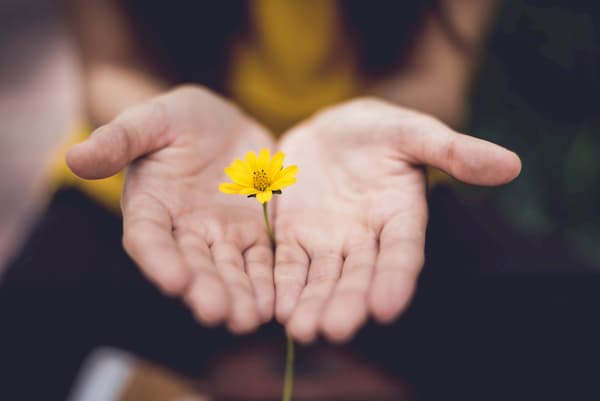 Then Peter came up and said to him, “Lord, how often shall my brother sin against me, and I forgive him? As many as seven times?”

Jesus said to him, “I do not say to you seven times, but seventy times seven.

“Therefore the kingdom of heaven may be compared to a king who wished to settle accounts with his servants. When he began the reckoning, one was brought to him who owed him ten thousand talents; and as he could not pay, his lord ordered him to be sold, with his wife and children and all that he had, and payment to be made. So the servant fell on his knees, imploring him, ‘Lord, have patience with me, and I will pay you everything.’ And out of pity for him the lord of that servant released him and forgave him the debt. But that same servant, as he went out, came upon one of his fellow servants who owed him a hundred denarii;] and seizing him by the throat he said, ‘Pay what you owe.’ So his fellow servant fell down and besought him, ‘Have patience with me, and I will pay you.’ He refused and went and put him in prison till he should pay the debt. When his fellow servants saw what had taken place, they were greatly distressed, and they went and reported to their lord all that had taken place. Then his lord summoned him and said to him, ‘You wicked servant! I forgave you all that debt because you besought me; and should not you have had mercy on your fellow servant, as I had mercy on you?’ And in anger his lord delivered him to the jailers, till he should pay all his debt. So also my heavenly Father will do to every one of you, if you do not forgive your brother from our heart.”

Peter’s question raises a difficult topic that affects all of us: the need to forgive. This need often arises in light of the inevitable frictions of daily life in one’s family, or with one’s friends or professional colleagues. Not infrequently we feel hurt when we think that someone has offended us or failed to appreciate us or harmed us, and not just once but over and over. To forgive others can be hard. So Peter’s question seems reasonable to us: do I always have to forgive?

Benedict XVI invites us to reflect on what forgiveness involves: “What is for­giveness, really? What happens when forgiveness takes place? The offense is a reality, an objective force; it has caused damage that must be repaired. Hence forgiveness must be more than a matter of ignoring, of merely trying to forget. The offense must be worked through, healed, and thus overcome. Forgiveness exacts a price: first of all from the person who forgives. He must overcome within himself the evil done to him; he must, as it were, cauterize it interiorly and in so doing renew himself. As a result, he also involves the other, the tres­passer, in this process of transformation, of inner purifica­tion, and both parties, suffering in depth the evil and thus overcoming it, are made new. At this point, we encounter the mystery of Christ's Cross.”[1]

The difficulties we encounter in forgiving others are almost nothing in comparison with what Christ has done for each one of us. This parable expresses very clearly the contrast between the pettiness we ourselves show in struggling to forgive others and God’s infinite mercy. A talent was worth six thousand denarii and a denarius was a laborer’s daily wage. Ten thousand talents was thus an exorbitant sum that gives us an inkling of the immense value of the forgiveness we receive from God.

Saint Josemaria tells us that “the circumstances of the servant in the parable who owed ten thousand talents, are a good summary of our situation before God. We too are unable to find the wherewithal to pay the enormous debt we have contracted for so much divine goodness, a debt which we have increased through our personal sins. Even though we fight resolutely, we can never properly repay the great debt that God has forgiven us. However, divine mercy fully makes up for the impotence of human justice. God can say he is satisfied and remit our debt, simply 'because he is good and his mercy infinite.’”[2]

Faced with such great generosity on God’s part, how can we refuse to forgive others? “Far be it from us, therefore, to remember who has offended us or the humiliations we have endured—no matter how unjust, uncivil or unmannerly they may have been—because it would not be right for a son of God to be preparing some kind of dossier, from which to read off a list of grievances. We must never forget Christ's example.”[3] By fixing our eyes on Jesus we will learn to renounce all rancor and grudges and keep our heart clean and free from all enmity.

When the temptation not to forgive someone arises, we should recall the words of the merciful master to that heartless servant: “You wicked servant! I forgave you all that debt because you besought me; and should not you have had mercy on your fellow servant, as I had mercy on you?” (vv. 32-33). When we experience the joy and interior peace that comes from God forgiving us, we will find it easy with his help to open our heart and forgive others.

[1] Jesus of Nazareth, From the Baptism in the Jordan to the Transfiguration, by Joseph Ratzinger - Pope Benedict XVI, Doubleday, pp. 158-159.