"The family is Africa's greatest treasure"

Hope for a suffering people is often born from the daring decision by a group of people to unite in their efforts to respond to the blights afflicting society. Unfortunately, it also often happens that this effort receives little or no support from the state, the entity that in theory should guarantee essential services such as health care. This is the situation in the Democratic Republic of Congo, the second on the list of the world’s poorest countries. In its capital, Kinshasha, Monkole Medical Center provides care for 100,000 Congolese each year, 80% of whom have very limited financial resources.

The Congolese state contributes nothing to this Center, whose survival depends largely on the support of Opus Dei, as well as contributions from other institutions and countries. Despite the complete lack of support from state authorities, great strides have been made in providing health care for the local people. The hospital also has a school of nursing (where over 500 women have received scholarships for their medical training) and a department specializing in the fight against AIDS that has provided care for 5,000 women and reduced by 25% the incidence of new cases in the district of Kindele.

But the Center’s pride and joy is the maternity department, which has dramatically reduced infant mortality rates from 50% to 22% and the cases of women dying in childbirth also from 50% to 18%. Its “Maternity without Risks” program has provided assistance to over 30,000 pregnant women in outlying rural and jungle areas totally neglected by the state. 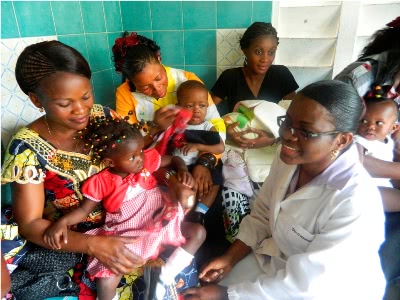 Since 2008 this maternity program has been directed by the gynecologist Celine Tendobi. 42 years old, she is one the mainstays at Monkole. Recently she was in Spain to receive the Harambee Foundation award for the Promotion of Equality among African Women. In accepting the award she explained how this initiative in Kinshasha came about in the first place: “In 1989 the Prelate of Opus Dei, Alvaro del Portillo, came to visit us. Seeing the dire situation of education and health care in the country, and the complete lack of any assistance from the state, he urged us to do what we could to help the most needy. Two years later, in 1991, Monkole began with only 3 beds. Today it has 150.”

Despite all the efforts of the medical team working there, each day the lack of resources is a real restraint, and many more people could be helped if more financial support were available. For example, as Celine explains, the “Maternity without Risks” program has only three clinics, strategically spread out through the surrounding rural areas: Eliba (since 1996), Kimbondo (since 1997) and Moluka (since 2003). The ambulatory team of 4 people (including a large echograph machine) travels one day a week to each of the three sites. Sometimes they need to carry the medical equipment themselves, since there are no roads to the houses where people live. And sometimes they are just in time for a new birth. “Once even twins,” she says smilingly. 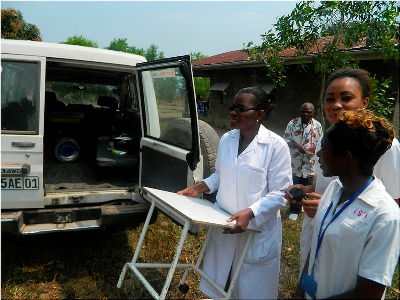 Although resources are limited, Celine says that “no one doubts we are the hospital of reference and fill a very important role, since the state provides nothing for health care or education and the great majority of people have no access to these basic services. There are other hospitals in Kinshasha, but they are all private and very expensive.” The hospital she works at is not for profit, and its mission is much more ambitious. “We want to help the family continue being Africa’s great treasure. Here large families are the norm, with 10 or 11 children, despite all the poverty. And the elderly are the most esteemed members of the family. We can’t allow something so beautiful as this to be put at risk.”

“We are a rich country,” says Celine, “with huge amounts of gold, copper and coltan. Geographically, our territory is five times the size of Spain and has a population of 78 million. But the wars here have led to unbelievable poverty. Three bloody civil wars between 1994 and 2008, with over four million people killed. And even now we are undergoing constant attacks from the guerillas.

Celine insists that, given this bleak panorama, the only solution is for more and more people to make a personal commitment to do all they can to solve the country’s problems. Hence her great appreciation for the efforts of the missionaries. “They do a lot for the people in our country, especially in the areas of health care and education, which are our most basic needs and the engine for all change in society. I’m thinking here of the Jesuits and many other religious communities. Their work is indispensable, but we need many more people to get involved.” Thanks to a grant from Harambee, Celine was recently able to travel to several cities to try to obtain financial assistance from private sources, since state aid is non-existent.

The story of her own life shows the origin of Celine’s concern to help those around her. “As a child, I saw all the suffering around me. I came to realize that many of the children were falling sick because of the lack of hygiene and access to clean water. So I decided to study medicine, and eventually specialized in gynecology, on seeing so many women die in childbirth due to unhygienic conditions. I was fortunate in being able to come to Spain to study medicine, and spent time working in a hospital in Barcelona. But I knew I would eventually have to return home to my own country, where there is such a great need for the commitment of those of us who can do something to change our society. It is we who have to be the ones who build up our country.” 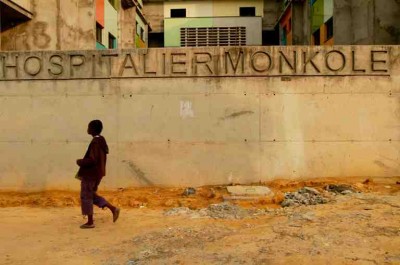 Celine’s concern to help those around her has always involved more than just her work as a doctor. While studying at the university, she and some friends of hers dedicated time to teaching many women in Kindele how to read. Now she remembers that time fondly. “It is a very impoverished district, where the women are taught almost nothing and hence can do very little to get ahead in life. We also taught them basic skills, such as sewing and cooking, and how to spot illnesses in their children, and especially how to care for hygiene in their home.”

In 1993, at the age of 22, Celine was put in charge of health care education in the municipality. Today, two decades later, besides her work in the Monkole Medical Center, she also works in the department of gynecology at the University of Kinshasha Hospital. 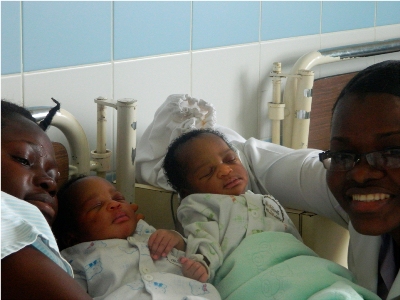 She sees all her efforts as very little in a country where life expectancy is only 48 and 54% of the population is under 15.